Rust on fall-planted wheat is rare but can occur, especially in years with extended warm fall temperatures. Rust can over-summer on volunteer wheat or spores can blow up from southern states. 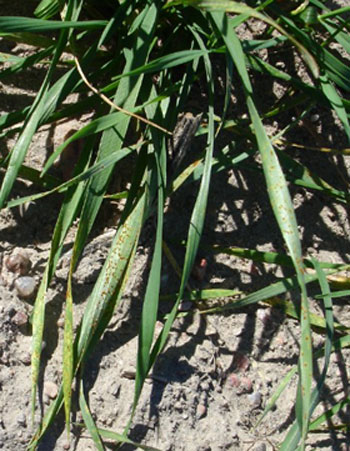 The occurrence of rust in fall-planted wheat can partly be explained by the moisture and extended warm temperatures we have had this fall. These conditions also favor development of leaf spot diseases such as tan spot. The combination of rust, leaf spot diseases and occasional subfreezing temperatures, which can injure wheat (leaf tip dieback), can result in fields or sections of fields that appear yellow.

Substantial yield loss can result if rust and leaf spot diseases are so severe as to kill the entire aboveground part of the wheat crop. If this happens, the probability that the wheat will not resume growth in the spring is high.

However, cold temperatures should slow disease development, allowing the majority of the wheat crop to go into dormancy and regrow in the spring. If we have a normal winter, the rust spores will be killed. If we have a mild winter, some of the rust may overwinter.

Spraying a fungicide to control rust in the fall may not be economically beneficial. Begin scouting wheat fields early in the spring and prepare to apply a fungicide if you find overwintered rust. 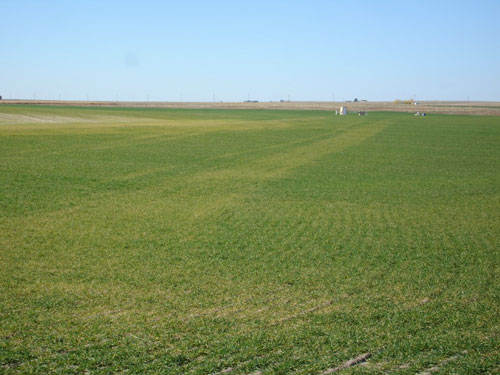 Stripe Rust, Cephalosporium Stripe On the Move in PNW