As part of the 60th anniversary of no-till’s first commercial acres in 1962, No-Till Farmer added three new names its “No-Till Legends.” With the 2022 additions, the list now features “60 Legends for 60 Years of the No-Till Practice.”

The original list honoring the outstanding growers, educators and suppliers who played a key role in advancing the no-till practice was released in 2011 and was last updated in 2017.

The entire roster and photos of the “60 No-Till Legends” is found at www.no-tillfarmer.com/legends. More names will be added to mark additional milestones and anniversaries. 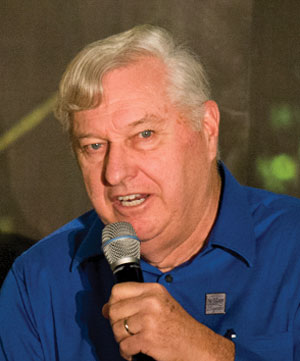 A West Virginia native, Reeder spent 32 years as an extension agricultural engineer at Ohio State University. While he worked in many different areas, he placed considerable emphasis on developing systems to reduce tillage and soil compaction while promoting cover crops, soil quality, controlled traffic and machine-soil interactions in increasing cropping efficiencies for growers. His work included many years of research with ridge-till, strip-till, no-till and conventional tillage at the Hoytville Research Station in northwest Ohio.

Among the leading research and education advocates for conservation tillage and no-till, Reeder has served many years as the leader of the popular Ohio Conservation Tillage Conference held each winter.

Don Reicosky spent much of his career as a soil scientist with USDA-ARS evaluating the connection between reduced tillage practices in conservation agriculture and soil health principles. In recent years, his work encouraged the importance of carbon management for growers practicing no-tillage.

His ground-breaking work on tillage-induced carbon dioxide loss, carbon sequestration and other related issues — and his ability to convey the information in an entertaining way— has made him a global authority on this topic. His research also explained the differences in various cover-crop characteristics as they affect biodiversity and relate to carbon production in soils, including carbon-to-nitrogen ratios, rooting characteristics and nutrient cycling.

Reicosky’s 40 years of research confirmed the need for reduced tillage practices and continuing attention to soil quality and environmental conservation. He has given more than 50 research presentations in 19 countries.

In retirement, he runs a web-based clearinghouse that reports on the latest carbon sequestration information gathered from educators and scientists from around the world. 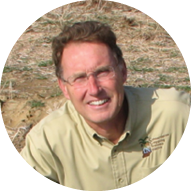 Hans Kok has spent much of his more 40-plus years as an extension worker, no-till specialist for a leading pesticide supplier and as a crop consultant helping producers adopt no-till practices. He’s determined no-till is the best tillage practice for most growers due to its incredible improvements in water quality, erosion control, input efficiency and time savings.

Kok promotes no-till as a critical part of a systems approach that includes practicing continuous no-till or strip-till, seeding cover crops, using precision-farming technologies and adopting a nutrient- and pest-management plan. He continues to consult with ag groups and growers on reduced tillage practices and the benefits of seeding cover crops for today’s most efficient cropping systems.

More names will be added to the “Legends of No-Till” list upon additional milestones and anniversaries. You’re invited to offer your comments and suggestions in the “Post a Comment” box at the end.

Randall Reeder and Don Reicosky completed an aggressive, never-before-attempted project on behalf of No-Till Farmer in the fall of 2021 to gather nominations and votes on the 30 most influential research and literature works in no-till’s history. The results of their project were announced for the first time and were exhibited in a special display at the 2022 National No-Tillage Conference.

The complete list, along with descriptions of each of the works’ significance and citations are found at www.no-tillfarmer.com/TopResearchWorks. You can also hear them describe the project in their own words on No-Till Farmer’s “Influencers & Innovators” podcast.