Pictured Above: 30 YEAR CONTINUOUS NO-TILL CORN. Jon Spreng, general manager of the Loundonville Farmers' Equity Co., (left) and ag chemical advisor Bill Haddad (right) check plant stands in a field that's been in continuous no-till corn for 30 years. Both the no-tilled corn and a cereal rye crop that is chopped after it heads out end up as feed for a 700-cow dairy operation.

Herbicides alone aren’t going to be enough to control weeds in the long run, says Jon Spreng, a no-tiller and crop consultant from Perrysville, Ohio. The current herbicide choices available on the market may last 10-30 years, but unless new active ingredients come along, the fourth-generation grower says he believes that weed resistance will only get worse.

Cover crops will be a critical component to dealing with long-term weed resistance, according to Spreng, who farms 400 acres while also serving as general manager of the Loudonville Farmers Equity cooperative.

“Sustainability is the key for weed control, and weed size plays into that,” says Spreng, whose grandfather, Charles, began no-tilling in 1970. “If you apply broadleaf herbicides, you can get good control of marestail, and you can still do that with a grass cover crop. That’s a direction some are going, and I think it’s wise. Control winter annual weeds in the fall and add a desirable cover crop for more effective weed control.” 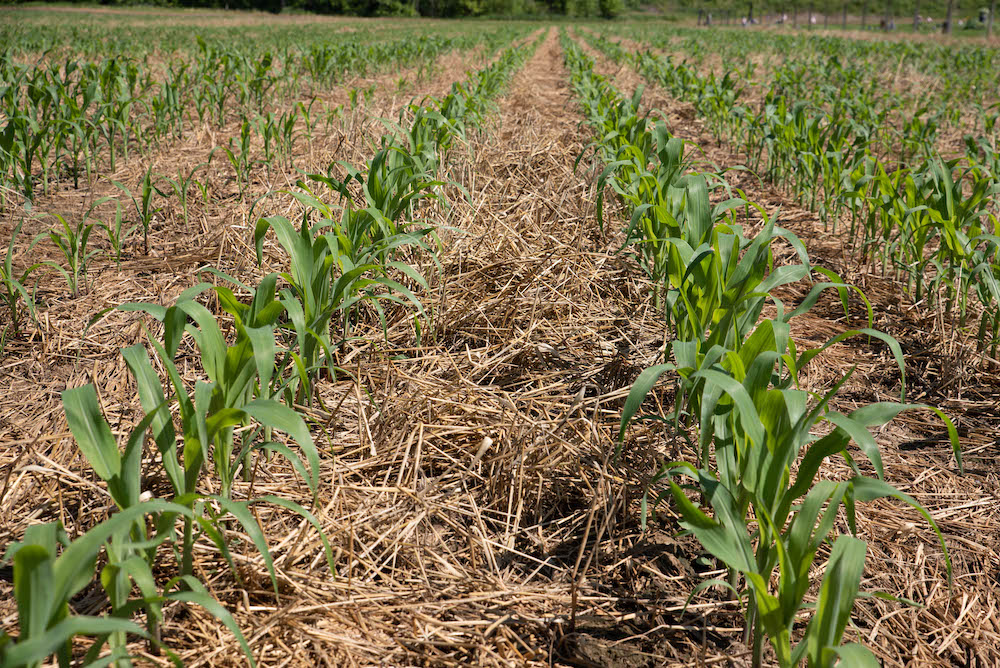 ROTATING HERBICIDE CHEMISTRIES ESSENTIAL. With 400 acres of his own ground that he farms, Jon Spreng helps control weeds by rotating between LibertyLink corn and Roundup Ready soybeans one year followed by Roundup Ready corn and LibertyLink soybeans the next year.

Spreng applies Roundup and 2,4-D LV 6 on his no-tilled fields after the soil temperature falls below 50 degrees, mainly for controlling winter annual weeds. While working as an agronomist and certified crop advisor, he promoted a 3-way combination of herbicides, which he refers to as “jungle mixes.”

“This is enough to control resistant weeds with residual herbicides,” says Spreng. “Fields going into soybeans the following year get dicamba in the fall to kill any glyphosate resistant marestail that germinated after the previous crop canopy receded before the cover crop can help suppress them.”

Crop oil, also known as methylated seed oil, is a surfactant that helps herbicides penetrate the waxy cuticles of weeds, according to Spreng.

“I don’t use Roundup with crop oil because it temporarily affects the cover crop,” he explains. “The crop oil suppresses the cover crop, but doesn’t kill it, allowing the covers to help the early planted soybeans to emerge more quickly.”

When waterhemp starts popping up, Spreng recommends getting in the field with a residual herbicide.

“If no-tilling into waterhemp that’s getting big, especially in a delayed planting situation, you’ve got a nice thatch, and you’ve got fewer weeds,” he says. “Even if you don’t apply a herbicide in the fall and just have a cover crop.”

Spreng says, visually, he’s seen soil health improvement, with good aggregate stability, thanks to no-tilling. He’s got one corn field that’s been continuous no-till for 10 years, with a 5-year average yield of 177 bushels per acre.

Their 5-year no-till soybean average yield is 56 bushels per acre and Spreng plans to have one field of continuous no-till soybeans. After harvest, he drills in 15 pounds per acre of annual ryegrass, mixed with 40 pounds of wheat and 3 pounds of Balansa clover with a Vermeer 107 no-till drill.

“We can plant a little sooner into that bean stubble,” Spreng says. “As this soil warms up faster, our no-till corn tends to emerge a little quicker.”

Spreng says a trend in the area is to plant earlier and earlier. “We planted our first soybeans in 2020 on March 9,” he says. “Recent research has shown that soybeans no-tilled earlier and deeper to avoid frost damage produce as much as 7 bushels more per acre than traditionally planted beans, which are normally put in the ground after corn is planted.” 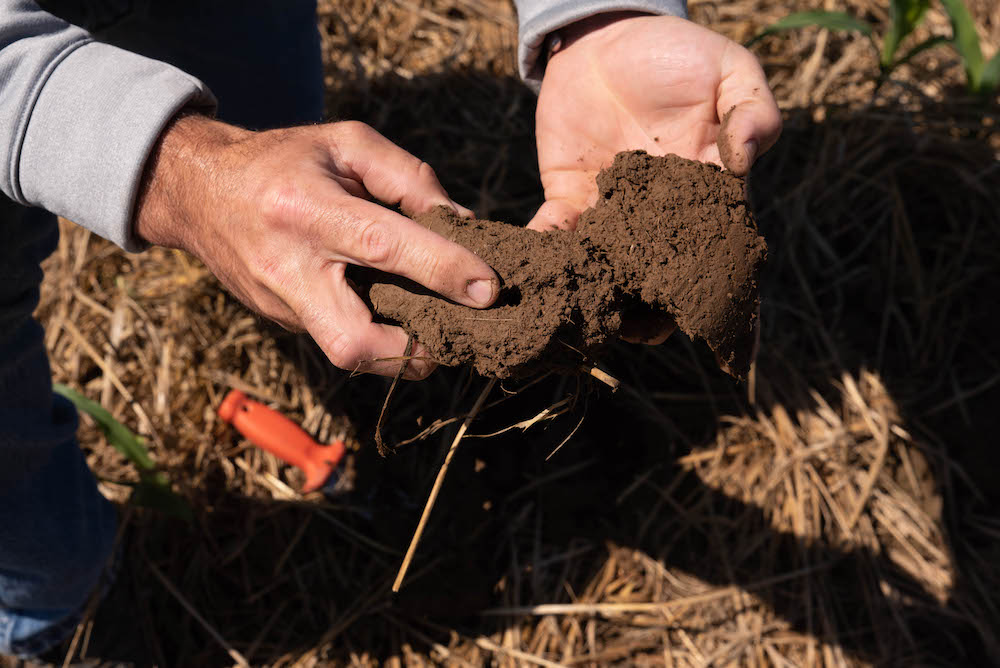 Soybeans are drilled, applying 100 pounds per acre of dry pelleted lime or diammonium phosphate at the same time.

Corn is planted and 200-300 pounds per acre of pelletized lime are applied at the same time, along with dry boron granules and zinc sulfate mixed with diammonium phosphate.

In the fall, Spreng spreads 100-175 pounds per acre of potash, depending on soil test results and organic matter levels.

The operation has struggled with slug populations, which played into Spreng’s decision a few years back to stop using wheat as a cover crop.

“One fall, the slugs ate almost all the growing wheat,” Spreng says. “The fall before, the slugs ate all the wheat seed lying on top of the ground. That’s kind of unheard of for us. We had treated the seed wheat, but we still had a few slug issues. We used Deadline pellets for slug bait.”

A few years ago, Spreng says they had 5-inch long slugs that were feeding on knee-high corn. After applying a slug bait, the wheat was terminated with Roundup and 2,4-D LV 6, and corn was no-tilled into the field 3 days later.

Building Fertility Takes Long-term No-Till to the Next Level