Invented in South Australia, the Seed Terminator can be retrofitted to new and used John Deere, CASE IH, Massey Ferguson, Claas and New Holland Class 7, 8, 9 and 10 harvesters and retails for about USD$75,000 (A$110,000).

The machines are being trialled in Washington and Missouri, and in Saskatchewan, Canada.

The Seed Terminator uses two Multi-stage Hammer Mills to pulverise weed seeds, spreading the sawdust-like debris behind the header. Tests by the University of Adelaide’s Weed Science Research Group have shown a 96 to 100 per cent kill of rye grass seeds using the machine.

It is the fourth year of production for the Seed Terminator following the release of nine pilot units in 2016, a further 23 in 2017 and 50 last year, which have resulted in 121 full field trials on a range of crop types in major grain growing regions in Western Australia, South Australia, New South Wales and Victoria.

One machine was also trialled near Saskatoon, Saskatchewan last year. 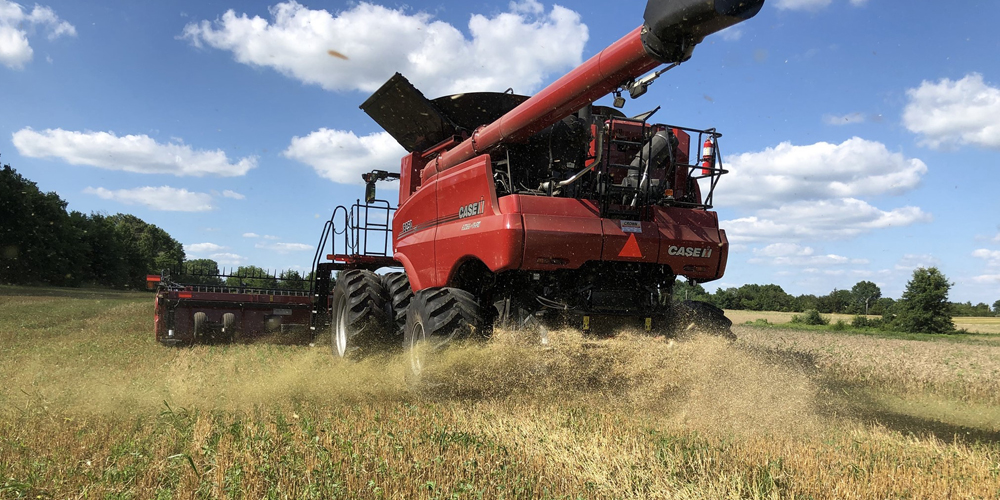 The Seed Terminator is being trialled on soybean crops in Missouri.

The “one-pass solution” spreads the nutrient-rich pulverised weed seed debris 10 to 13.6 metres (11 to 15 yards) behind the harvester to act as a fine mulch for improved soil health. It also reduces the need for herbicides and labour intensive burn-offs to keep weeds at bay after harvest. Testing has been focused on rye grass seeds because of their miniscule size and the fact they are notoriously difficult to kill.

Ashenden said the product, which has undergone design improvements after every season so far, was ready for full commercial production.

He said the Seed Terminator had already proven to be effective in Canadian conditions last year.

This year’s Canadian machine is the second unit to go to Josh Lade, Dr Berry’s cousin and farmer in Saskatoon, they will be doing side by side trials with their four headers, two with terminators and two without. 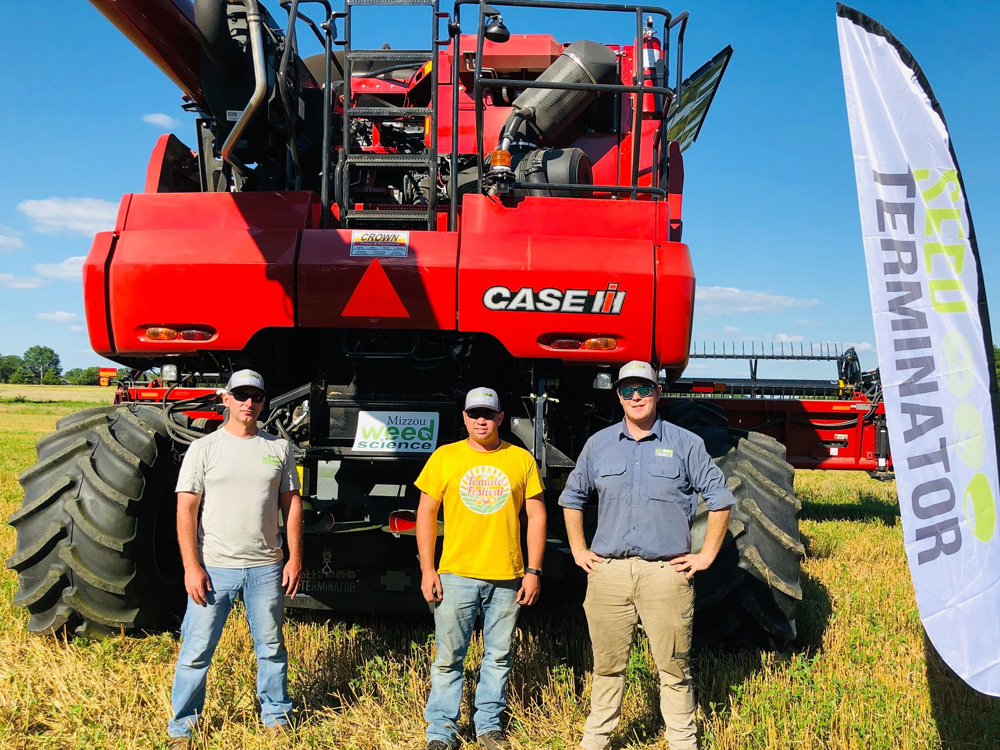 The Missouri trials are being assessed by Kevin Bradley from University of Missouri Mizzou Weed Science (left) in and are being done in conjunction with Crown Power & Equipment Co.

“We want to be able to further prove that the Seed Terminator works in their conditions again this season with a view to having a limited commercial release next year,” Ashenden said.

“There’s a lot of interest from the Canadian Government as they are concerned about the environmental impacts of agriculture and also a couple of research universities over there.”

In Missouri, a Seed Terminator unit has been fitted by Crown Power & Equipment Co to a CASE IH combine harvester to be used this month during the soybean harvest. The results will be assessed by University of Missouri Mizzou Weed Science.

In Washington, a Seed Terminator has been fitted to Greg Maders’ John Deere s690 with a Hillco kit for the undulating terrain in conjunction with Trevor Zueger from Pape Machinery. The trial has generated interest from Washington State University researchers.

A fourth machine was sent to Europe for testing earlier this year and has recently completed the harvest. 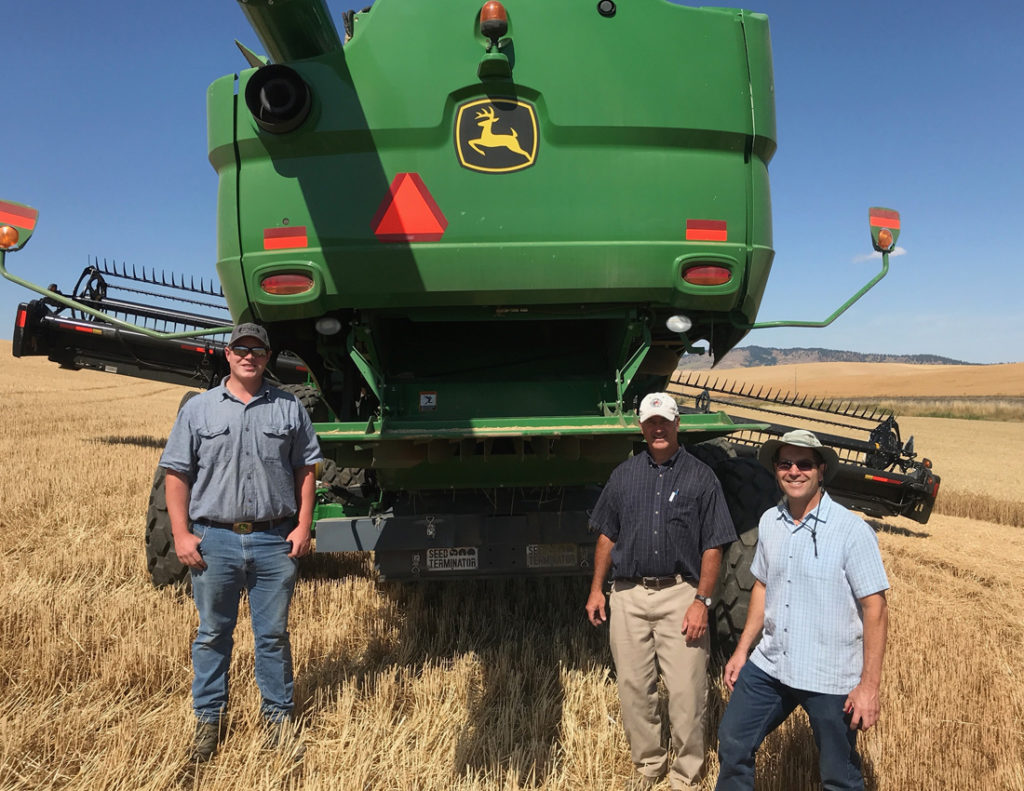 The Adelaide-based company has just manufactured its 100th machine ahead of this year’s Australian grain harvest, which begins in October.

Ashenden said the latest round of upgrades for the 2019 model included further enhancements to improve wear and reduce power draw and the addition of magnets to intercept stray metal before it enters the Seed Terminator unit.

“We think this year is our first true commercial release after three years of trials with a growing number of partners,” he said.

“We’re designing a scalable manufacturing plan for 100 units this year that will allow us to grow rapidly.”

Harvest Weed Seed Control as a Tactic for Weed Management