It’s the People, not the Pocketbook, that Matter

No-Till on the Plains board member Jody Saathoff has built many friendships while emphasizing the importance of soil health with his customers. 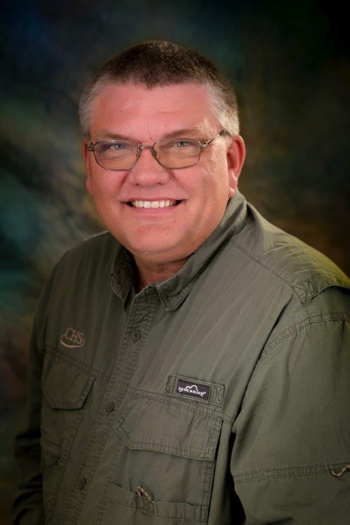 Jody Saathoff says his career and work isn’t about the money. His preferred title is farm representative and his job description is to help farmers make money.

Call him a consultant, a savant or a resume builder, any of those titles fit into the patchwork that has been Saathoff’s life work of using soil health to make money for other people.

Saathoff will also attest that friendship will go farther than money. He works to build rapport with his customers, most of whom he considers friends too. Saathoff dedicates time to each of his 50-70 customers to make recommendations that will make their farm profitable.

He also works in advance mode. That means Saathoff looks to the future and gives advice that is 2-5 years ahead of where his farmer folks are now. He works to build trust among people who become friends then customers — for life.

Saathoff began his career in his hometown of Franklin, Neb., as a general laborer with Evans Grain Company. He moved up to regional grain merchandiser and then, when Evans Grain sold and became Koch AgriService, Saathoff moved into an operations manager role.

He managed Koch’s Gibbon fertilizer plant, meeting people along the way and gaining skill sets that he filed away in his brain for future projects.

At Koch as regional operations leader, Saathoff was in charge of 33 elevators, making employment and equipment decisions. As a regional merchandiser out of the Franklin location he bought and sold wheat, corn, soybeans throughout Kansas and Nebraska. When Koch bought the Gibbon, Neb. facility, Saathoff helped start the plant, purchase inputs and make it operational. After six months he turned it over to a permanent manager.

“I love equipment so I left Koch to go to Valley Engineering to design equipment,” Saathoff says. “I was raised in a farming community and found I could relate to farmers. If a farmer would call and need a specific piece of equipment, I would work to design one.”

In the 1990s during a historical time of farm production challenges, Saathoff made the move to specialize in seed and fertilizer sales, heading to Cooperative Producers for 14 years, then Aurora Coop for 3 years.

“Most of my guys have been through the downturns of the 1980s, ’90s and now in 2017,” he says. “We made it through the first two downfalls together and we’ll make through this one. We’ll pull back the reigns, evaluate cash flow and cut expenses but not cut yield.”

Saathoff says during recent years of $7 corn he advised his farmers to use their extra income to pay down long-term debt. This effort means many of his customers are sitting fine right now.

Currently Saathoff works as a manager selling seed and fertilizer to customers at CHS in Minden, Neb. He still lives near Franklin and makes the trek to Minden for work on a daily basis.

He Will Not be Outserviced

Driving to the office, however, is nothing compared to what Saathoff will do for his customers. If a person called him at 9 p.m. and needs a bag of seed, he says he’ll drive to Minden, load the bag and head out, driving an hour away if need be to deliver it.

This level of service, he says, is what makes his farmers trust him. He cares enough to deliver the seed late at night, sacrificing his own family time so the farmer can plant on time the next morning.

“I want to be a problem solver for a farmer,” Saathoff says. “If they want equipment, nutrients, fertilizer, chemistry or banking then I’ll help. I work with the Coop Finance Assn., and as a CHS loan agent, and can go in with farmers to their bank and work on cash flow plans together. If they need help buying petroleum products or selling grain, I’ll work to help them get that done and line up transportation if needed.”

Though the success of farming is mostly up to Mother Nature, Saathoff says, he likes to keep options open. When he visits with customers Saathoff writes plans A, B and C. He says he wants to be one phone call away from getting a problem solved. Saathoff also knows to be flexible and that the best laid plans are constantly changing.

“I can’t shut my brain down,” he says. “I always want to tweak the system. And I’m a guy that knows a guy. For example let’s say you want a Traeger grill. I’m not a dealer, but I contacted someone who was and ended up selling seven grills. It takes knowing someone who knows someone else.”

Saathoff serves on the board of directors for No-till on the Plains, a position he says helps him stay aware of industry methods, trends and leaders.

He attended his first No-till on the Plains Winter Conference 17 years ago and returned home to begin cover crop trials in south-central Nebraska. As he experimented and learned more about single and multi-species mixes, Saathoff says he began telling his farm customers the importance of soil health and good stewardship.

After attending 18 bus tours combined for NRCS and No-till on the Plains, Saathoff is a vested advocate for no-till practices.

He recalls once working with a customer who was one year away from giving up his family farm. Saathoff paid for this farmer to attend No-till on the Plains Winter Conference and says the farmer moved from being a full-tillage farm to 100% no-till and turned his farm around to be profitable within 3 years.

Saathoff believes in no till practices because it helps his farmers succeed, and allows him to sleep well at night.

“My farm customers are doing no-till because it saves labor and moisture and it’s farming with nature,” Saathoff says. “It’s what we’re supposed to be doing and it’s right.”

A Mix of Seed and Customer Service

To create the mixes and farm plans for his customers he asks specific questions and really listens to their response. The key to farming, he says, is to know that once the seed is put in the ground there is not much anyone can do to change the seed type, trait or the maturity.

“Some things can be changed with fertility, chemistry and farming practices,” Saathoff says. “I can’t change the seed once it is planted. Seed choice is critical in making good recommendations.  I have to ask lots of questions to get the right combination of seeds in the ground.”

The next big thing for Saathoff is working on carbon-to-nitrogen ratios. He is looking for information on this because he says his mind needs to know what is happening below ground, in order to improve soil health.

And though the bottom line is always important, Saathoff says his recommendations on fertilizer, cover crops and seed mixes comes down to knowing his customers well.

“To have my farmers put their trust in me, that’s the relationship I want,” Saathoff says.

'Why Will it Matter You Farmed the Land?'