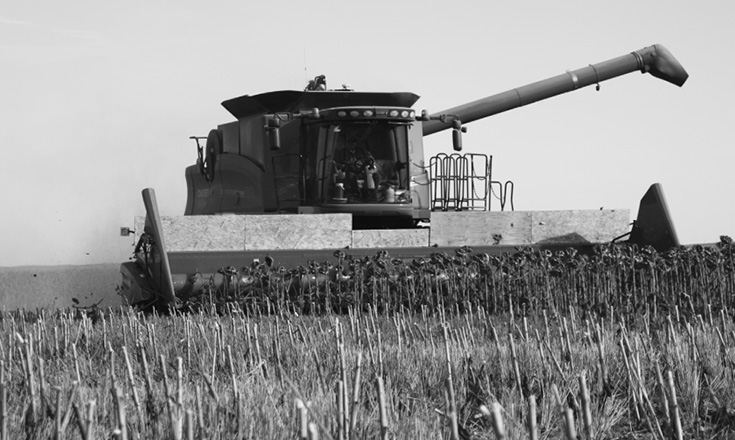 I’m the fourth generation to manage McClure Farms in the area of southwestern Kansas that is depicted as the heart of the 1930’s Dust Bowl.

We’ve come through a lot of changes from the days when my great-grandfather homesteaded the original farm, about 15 miles north of the Oklahoma panhandle. Our soils range from fertile silt loams to highly erodible sands that will blow away unless protected. They’re a natural for no-till.

I guess I honestly came by the mentality of “let’s just try something.” Dad and Grandpa were always ready to put a new idea to work if it looked like it might improve yields, save the soil or improve profits; hopefully, all three. And like me, some of the things they tried worked and some didn’t.

Before there was really any conservation-tillage equipment available, they devised a system to put fertilizer down between the rows and leave the stubble standing to stop the wind. They also built a cultivator that would go through higher residue better than anything they could buy.

Those homemade tools were crude, but I suppose they could be called very early “prototypes” of what was to come.

I started managing the farm in 1989, and didn’t change production methods much for the next 10 years. When I got a chance to take on more acres in 1999, I realized I didn’t have the…