Waterhemp's Big, Bad Brother is Back This Spring

Palmer amaranth has been confirmed in five Iowa counties over the last two summers. The only (known) infestation in Muscatine County is on a very sandy soil near the Cedar River, and most emerged seedlings had at least four true leaves on May 4, 2015.

This particular infestation has been intensively managed for just over a year, resulting in a significant decrease in its presence at the farm. This is very encouraging that with early discovery and good management, eradication may be possible.

While the seedlings in this picture appear quite distinctive with their long petioles and round leaves, we would not suggest that identification of a population at this seedling stage is easy or even possible. 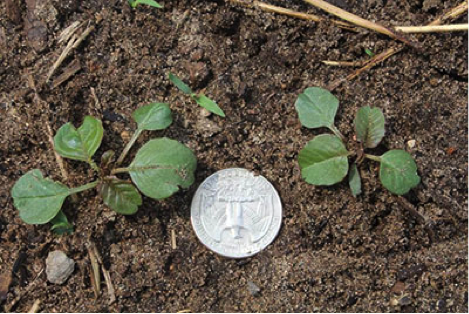 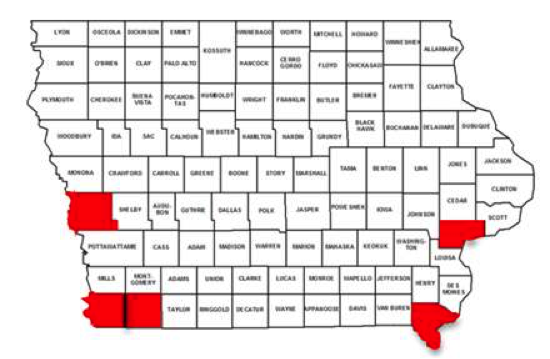 When scouting for Palmer amaranth, key vegetative characteristics to look for would be a lack of hairs on stems, ovate-shaped leaves, and the presence of petioles longer than the leaf blades. Bob Hartzler, Iowa State Extension Weed Scientist, has put together a number of materials to assist in Palmer amaranth identification that can be found at this link:

These Amaranths have significant genetic variability, often making it nearly impossible to distinguish many individuals without the presence of inflorescences. Luckily, or unluckily, Palmer amaranth is expected to begin flowering in Iowa in late June to early July.

While it has only been confirmed in five counties, we suspect that it is present in much more of the state already. Likely areas of infestation would be near cattle or swine operations that import feed or bedding from southern states, especially those that use cottonseed products or gin trash.

Please keep an eye out for this weed while scouting this summer.

Why You Should Recalibrate Your Boom Sprayer This Spring

Assessing The Slug Situation This Spring