By Darrell Bruggink posted on June 1, 2008 | Posted in Nutrient Management

Like many no-tillers, Mike Starkey got his start with soybeans. But after struggling to make no-till corn work, he practiced rotational tillage for more than a decade.

While he feels poor hybrids not suited to working in colder, no-till soils were part of the problem, the Brownsburg, Ind., no-tiller told attendees at the 2008 National No-Tillage Conference that poor planter setup and improper placement of nitrogen were major issues.

“We really didn’t have the confidence or the mindset for no-till corn,” Starkey says. “We had inconsistent stands and the big reason for that, I feel after looking back at those years, was insufficient placement of my nitrogen.”

With 3,400 acres of corn and soybeans, along with some winter wheat he added this past fall, Starkey no-tills on deep, poorly drained silt or silty clay loam soils.

There is high yield potential on that land with proper management of nitrogen. Today, he applies 50 pounds less total nitrogen with consistent yield increases.

Changed Planter Setup. Starkey has removed the no-till coulter from his John Deere 1770 planter, instead opting to go with just row cleaners and double-disc openers.

“I gradually got away from that coulter,” Starkey says. “If you’re thinking about going into no-till, throw away that no-till coulter. It’s just going to do more harm than good.”

He uses spader closing wheels, reduced inner-diameter gauge wheels and drag chains. He’s applying 70 pounds of nitrogen with the planter through 22 gallons of 28% and 5 gallons of Thiosol (12-0-0-26). He also applies 4 pounds of nitrogen in-furrow through a low-salt liquid fertilizer with a micronutrient package.

“I used to apply my popup with the Keeton seed firmer, but I felt the firmer was somehow dragging the seed because of the dampness of the seed from the fertilizer. My picket-fence stand was inconsistent here and there,” Starkey adds.

“We added a tube on the frog and now I’m putting my popup in the trench right before the seed. I’m very happy with this and get very consistent placement of my nitrogen up front. My picket-fence stand last year saved me because of the drought conditions we were experiencing.

“My corn is actually being fed nitrogen from Day 1. That’s the day it gets started. I don’t pre-plant anhydrous or put on any anhydrous or 28% in the fall.”

Starkey selects hybrids that respond well to the timing of his nitrogen applications.

“I found out over the years that certain hybrids like their nitrogen at different times of the year,” he says. “The Type 1 hybrids with more of the fixed ear like 90% of their nitrogen up front and 10% later on in the growing season.

“I plant and sidedress these hybrids first. If I wait until later in the year and rain delays my sidedressing, there may be a time period where I’m actually running short on N.”

He says the Type 2 and 3 hybrids — more of a semiflexed ear — are racehorse hybrids that respond well to later applications of nitrogen.

To test the optimum level of nitrogen for sidedress applications, Starkey applies strips of anhydrous ammonia at different rates with two checks in different areas of the field. His rates are 0, 50, 60, 70, 80, 90 and 100 pounds. 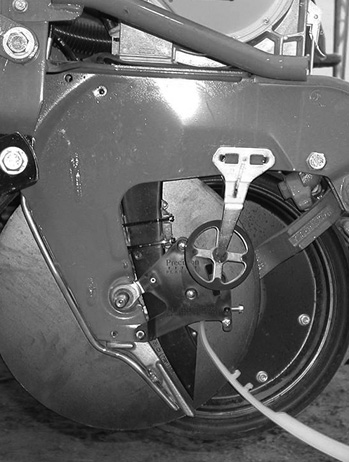 “The amount of nitrogen we’ve been applying has been consistently going down in the past 5 years since we began no-tilling corn.”

Located near a stream that empties into the Eagle Creek Reservoir, a major water source for Indianapolis, a local university has been studying the amount of nitrates departing from tile outlets on Starkey’s farm. 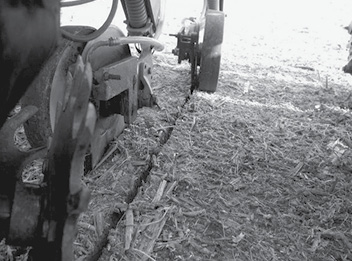 With monitoring being conducted by Indiana University-Purdue University Indianapolis, Starkey reported that nitrates levels leaving the tile lines hit a low point in mid-August, but took a substantial jump in mid-September after a rainfall event.

“What I think is happening is the nitrates are being taken up by the soybean plants during the growing season,” he says. “But then after the leaves dropped and plants defoliated and once that soybean harvest comes around, then it goes back up, particularly after that rainfall event.”

That experience got Starkey to thinking that he needed to find a way to keep those nitrates from leaching out of the soil profile. This has led him to work with annual ryegrass as a cover crop.

“I’m thinking that if I can catch that nitrate and use that for my next crop, then I’ve got some free nitrogen there,” Starkey says. “The only reason I put annual ryegrass out there was to see if I could capture that excess nitrogen because the soil structure on this farm is outstanding.”

Within 3 days after harvesting the soybeans, Starkey no-till drills 12 to 15 pounds of annual ryegrass at a cost of $12 per acre. That cost includes the application.

He then applies 300 pounds of 9-23-30 just 2 weeks after planting to give the ryegrass a growth boost. That also allows him to apply needed phosphorus and potassium based on soil test results.

The following March, he tests for the available nitrogen in the soil using the Illinois Soil Nitrogen Test (ISNT). Two samples are taken at depths of 0 to 12 inches and 12 to 24 inches. 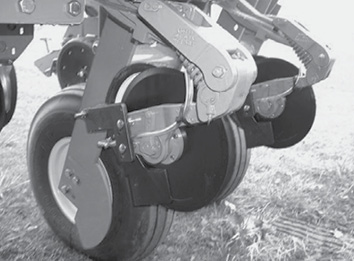 The ISNT analyzes the organic portion of the soil, particularly amino sugars, and measures the soil’s ability to slowly provide nitrogen to the crop during the growing season.

Starkey has tested both ground containing the ryegrass cover crop and ground without it.

“I thought that was pretty interesting. Maybe annual ryegrass is a scavenger for nitrates.”

To see whether he was gaining a nitrogen benefit from the annual ryegrass, he planted a Roundup Ready racehorse hybrid both in the annual ryegrass plots and non-cover-cropped field. Both plots received 75 pounds of nitrogen with the planter. One month later, he sidedressed 65 pounds of anhydrous ammonia in both plots rather than his customary variable-rate program so he would have consistent yield results. The fields were also sprayed that day with 1 quart of glyphosate. While the spring was wet, the summer was extremely dry. Starkey ended up with a 7-bushel yield advantage with the corn behind the ryegrass (151 bushels per acre) vs. the corn that was planted into soybean stubble only (144 bushels per acre).