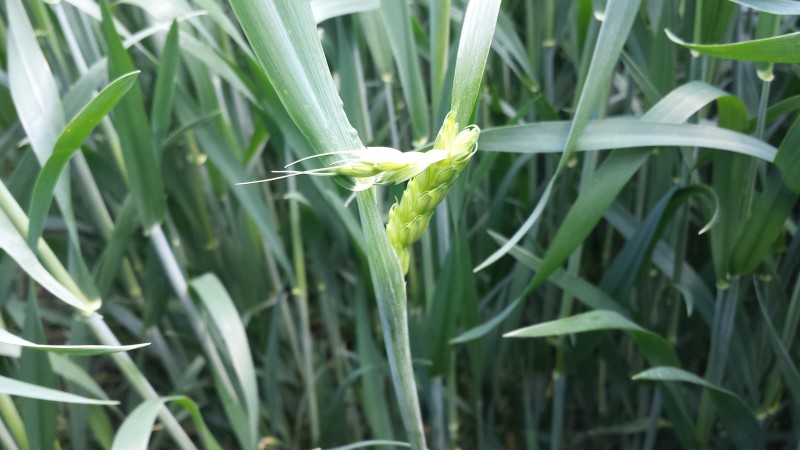 Wheat is now beginning to head-out in some parts of the state, but the heading process this year seems a bit abnormal. There have been some reports of distorted wheat heads and heads trapped in the boot in some fields. However, in most of the affected fields, not all of the heads are distorted; the number ranges from a few to about 5% of the heads. This has some producers concerned as to whether these head will develop normally and produce healthy grain.

During the heading stage of wheat development, the heads emerge from the sheath of the flag leaf. Under normal conditions, the process takes a few days to go from Feekes 10.1 (a few spikelets visible through the leaf sheath) to Feekes 10.5 (full head emergence).

Twisted and distorted heads are unsightly. However, this usually does not have a negative effect on grain yield, unless the distortion is severe enough to break the rachis and prevent the flow of water and nutrients to the upper-most spikelets. Most of the affected heads will eventually grow out of the distortion and develop normal healthy grain. Once the heads remain green and healthy and water and nutrients still travel up the stem to the spikelets, these plants will produce grain.

The Causes of White Heads in Wheat