Earlier this week, a population of Palmer amaranth was identified growing in a field in Cass County, in portions where no agronomic crop was planted.

How the plants became established at this location is not known. Since no other plants were observed nearby, it is possible that Palmer amaranth seeds were introduced during the seeding for vegetative cover.

Whatever the mechanism of introduction, it is highly recommended that Palmer amaranth plants be removed as soon as possible--particularly before they reach reproductive development, as female plants can produce an abundant amount of seed. This weed species can be very problematic and can dramatically reduce crop yields. Its growth rate and competitive ability exceed that of most other pigweed species, including waterhemp.

(For more information and pictures, click on the picture.) 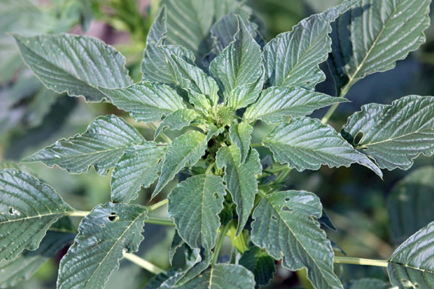 10 Tips for Dealing with Palmer Amaranth in Manure