Nathan Brause thinks he should have listened to his forebears.

The Sulphur Springs, Ohio, no-tiller inherited a farm that featured a three-crop rotation of corn, soybeans and wheat that had been in no-till when his grandpa farmed the land. When he became the third generation to work the land in the 1980s and 1990s, he turned his back on those practices, went back to the plow, and then dallied with strip-tilling. Throughout those decades, he worked the same wheat-corn-soybean rotation.

However, a particularly dry 2008 fall stymied his plans to plant winter wheat.

“I couldn’t get it done,” he says. “There was no way to get wheat into the ground.”

So instead, Brause switched his roughly 1,500 acres over to a straight corn-soybean rotation. For about 8 years, he planted those two crops, at times moving up to 80% of his ground into continuous corn.

“The first year of not having wheat I thought was the greatest thing ever because I didn’t have to get the combine out in the summer,” he says.

The narrow planting-to-harvest window for continuous corn and primed him to be ready for other paths. 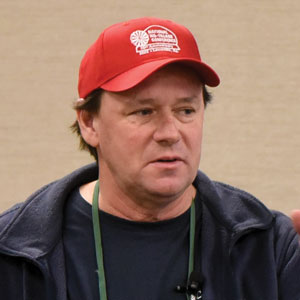