Home / Blogs / Covering No-Till / How Much is Soil Erosion Costing You?

How Much is Soil Erosion Costing You?

There are places in America where crops are no longer grown because the soil is so degraded it has lost its productivity.

Newell Kitchen, a soil scientist with the USDA-Agricultural Research Service in Columbia, Mo., shared this with attendees at the Iowa Cover Crops Conference in February, and explained just how detrimental soil erosion can be.

“The soil is so thin they can’t really produce agriculture crops. It didn’t take very long.”

Even when soils are still productive, erosion has its consequences, including ones that can really hit a grower’s wallet.

Kitchen gave the example of a 90-acre, clay-pan soil field that the USDA has been yield mapping every year since 1992. From 1992-2003, the field was mulch-tilled and in a corn-soybean rotation. Starting in 2004, they began no-tilling and using cover crops, with half of the field in corn and soybeans, and the other half in soybeans and wheat — land that scientists felt was so degraded they couldn’t successfully grow corn. 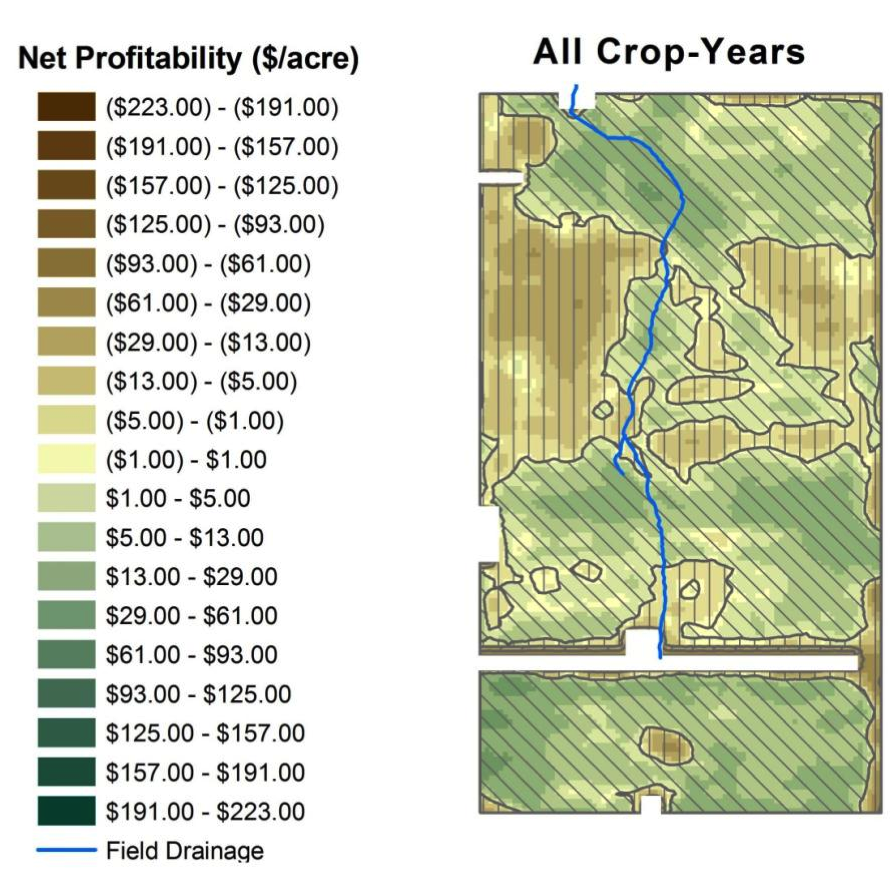 Kitchen says they took the yield maps and determined the field’s profitability by looking at factors like input costs and elevator prices, and averaging them over a 10-year period. The brown areas of the map show where they lost money, while the green areas are where they made money. They determined the field has lost an average 7 inches of topsoil per acre in the 120-plus years it’s been farmed.

“So an average of about $83 per acre per year,” Kitchen says. “And these are very conservative numbers. The reality is it’s probably quite a bit higher.”

You can watch Kitchen talk more about this, as well as what happened to that field after they started using no-till and cover crops, in this video.

How Much Do You Really Know About Soil Health?

How Much Do You Know About Soil Enrichment Practices?

[Podcast] How Much No-Till is Worth, According to Rod Rejesus