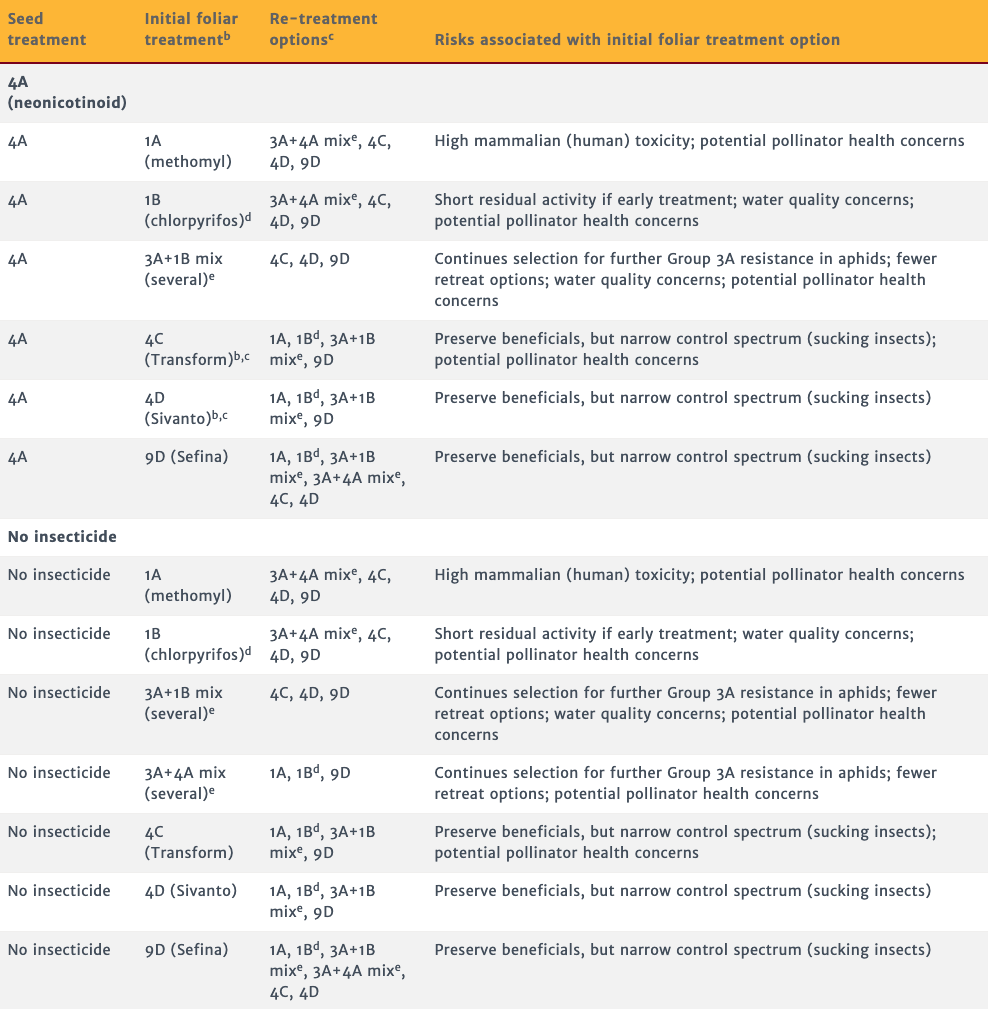 aInsecticide groups: 1A=Carbamates, 1B=Organophosphates, 3A=Pyrethroids, 4A=Neonicotinoids, 4C=Sulfoxamines, 4D=Butenoloides, 9D=Pyropenes.
Aphids resistant to Group 3A are widespread; all populations should be considered potentially resistant to Group 3A. Migration of aphids previously exposed to insecticides reduces ability to maintain effective insecticide rotation, particularly later in the season.
bIf a neonicotinoid seed treatment was applied, avoid any Group 4A insecticides in initial foliar application. It may be prudent to avoid 4C and 4D, as well
cAlthough there are no documented cases of cross-resistance among Group 4 insecticide subgroups (4A, 4C, 4D), it is suggested to avoid using them in sequential applications including seed treatments.
dOther labeled group 1B insecticides (dimethoate) are not recommended as a stand-alone insecticide, due to inconsistent aphid control.
eInsecticide mixtures are usually not desirable from an insecticide resistance management standpoint, but may be unavoidable with limited effective insecticide groups. Mixes with reduced rates of either insecticide may increase risk for development of insecticide resistance. 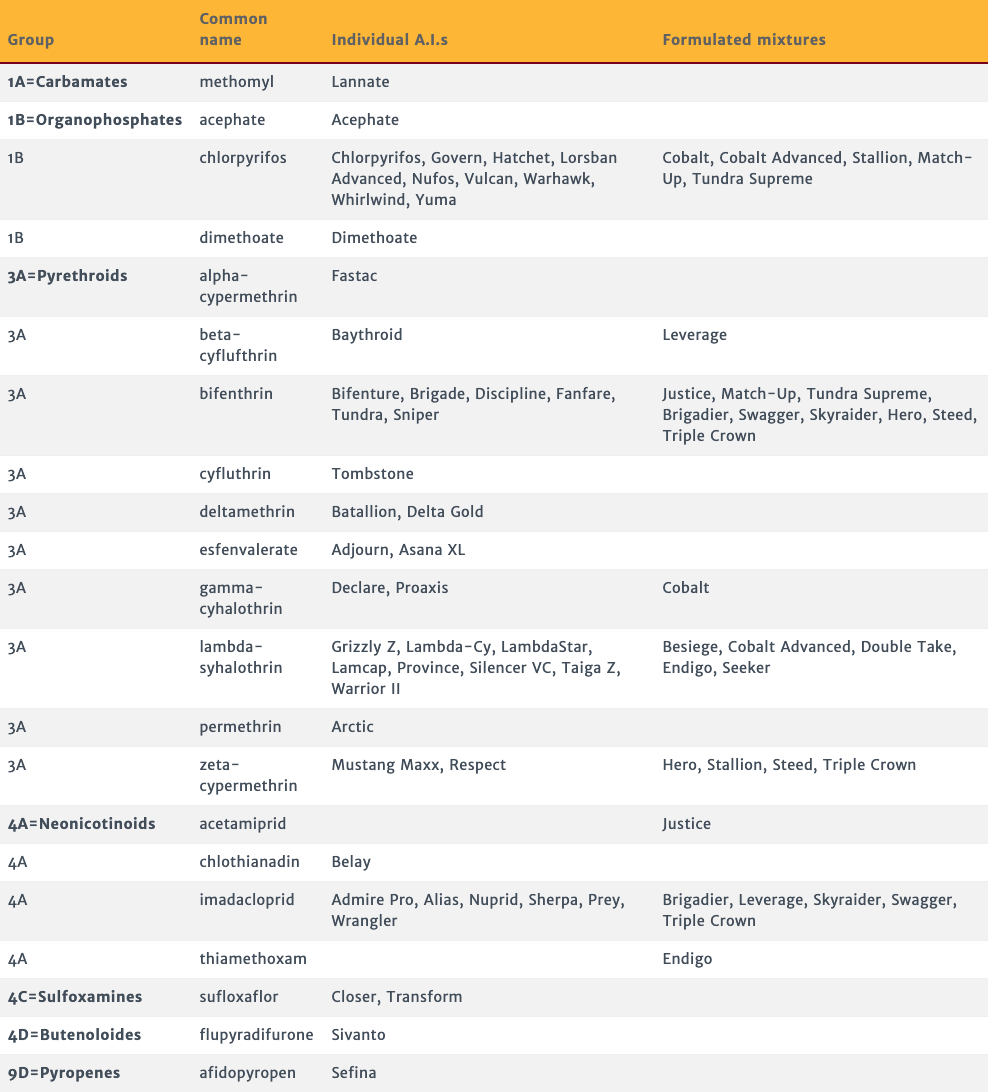 Pyrethroid Resistant Soybean Aphids: What Are Your Control Options?