Polycultures: A Cocktail Mix for the Semiarid Prairies

Producers rely on grazing native, tame perennial pastures or stockpiled forages to typically feed their cattle. Annual diverse forage mixtures give producers an opportunity to provide high quality feed while also gaining additional benefits for the soil and ecosystem. Polycultures could even be integrated into a crop rotation or used as green manure (working it into the soil to improve soil productivity), giving farmers another alternative for soil and nutrient management.

Began in 2013 by Dr. Mike Schellenberg (AAFC) with collaborator Dr. Eric Lamb (University of Saskatchewan) at the request of producer groups, the Swift Current Research and Development Centre has been studying polycultures to determine their agronomic and environmental impacts. Dr. Jillian Bainard, a forage ecophysiologist (someone who studies the interaction between forage plants and their environment), joined the project early on and has since initiated additional projects about forage polycultures.

Polyculture cover cropping, also known as multi-species or cocktail mixture planting, is the intentional co-planting of several species of plants in the same field or plot. New research is underway to find the best mixtures to plant as forage to improve crop yield, soil organic matter, moisture retention, weed control, and even improve nutrients– potentially great benefits to farmers.

The mixtures tested include various combinations of annual forage crops, such as cool and warm season grasses (traditional forage monocultures), legumes (which fix nitrogen) and brassica root crops such as radish and turnips (which are known to penetrate hard, compacted soils and can also suppress weeds).

Now that they have collected a few years of data, they’ve been able to provide more than just anecdotal evidence that polycultures can provide considerable benefits over monocultures in forage production.

“As a researcher, I’m interested in polycultures because of the potential they hold for improved forage while also creating a more sustainable agriculture. There’s a lot more to learn, but we’re seeing some positive results so far.” — Dr. Jillian Bainard, Research Scientist, Agriculture and Agri-Food Canada

Research in Swift Current has confirmed that over some monocultures, certain polycultures can increase biomass (plant material that is used as feed) production by over 20% and reduce weeds over 50%. In addition, they have found that using mixtures can improve forage nutrition. These benefits will, however, depend on the species selected in the mixture and care should be taken to determine if certain crop species will grow in different regions. Ongoing research is trying to better understand soil nutrition and how to manage fertilizer use. Ideally, a good polyculture will provide a way to reduce reliance on inputs, like fertilizers, while increasing productivity. 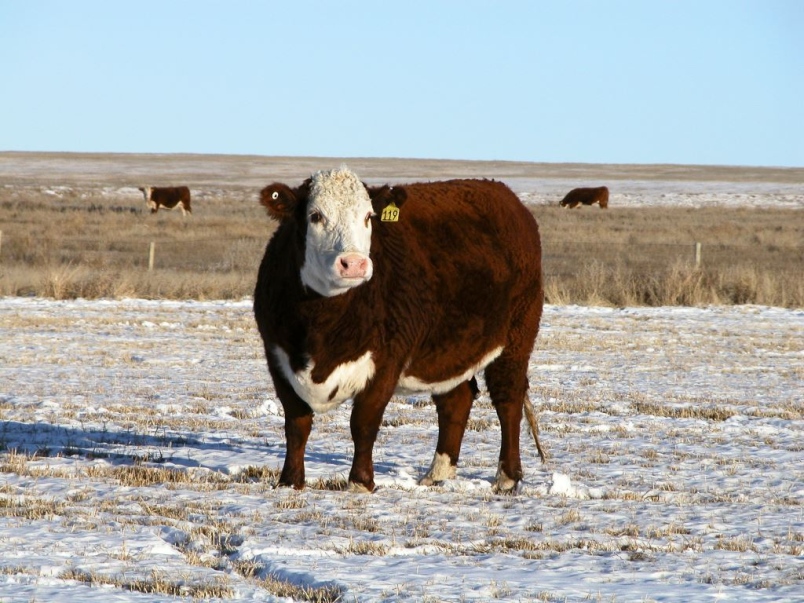 Dr. Bainard is especially interested in the weed suppressing properties of annual polyculture crops. By growing forage crops that out-compete weeds both above-ground (through competition for light and resources) and below-ground (through the production of chemicals that deter other plants), their field trials were able to significantly reduce weed abundance while maintaining forage crop productivity. The use of these cropping combinations to control weeds will reduce reliance on pesticide inputs and act as a way to combat herbicide resistance, benefitting producers economically and increasing environmental sustainability.

This and other polyculture research projects being conducted at the Swift Current Research and Development Centre are happening in conjunction with industry and academic partners.