Reduced spring growth resulting from delayed planting of small grain cover crops has been widespread throughout the western Corn Belt. The composite photograph (Figure 1) shows the difference in height and biomass production between plots of Elbon cereal rye planted on September 22, 2017 and November 1, 2017.

Even though the risk of failure increases with later planting dates, establishment costs for many small grain cover crops are often low enough that successful years — years where rye establishes and grows well — often outweigh the years when failure occurs.

Briefly, fall 2017 growth of cereal rye and triticale cover crops was minimal due to adverse growing conditions that followed delayed planting. It is important to note that even with good fall growing conditions we may still see up to 50% decreased fall growth for each 7-10 day delay in planting after Sept. 1.

Small grain varieties within a species are identified as either spring or winter types. Often spring and winter designations are true only for the region where they were selected and developed, and even then, there may be exceptions. 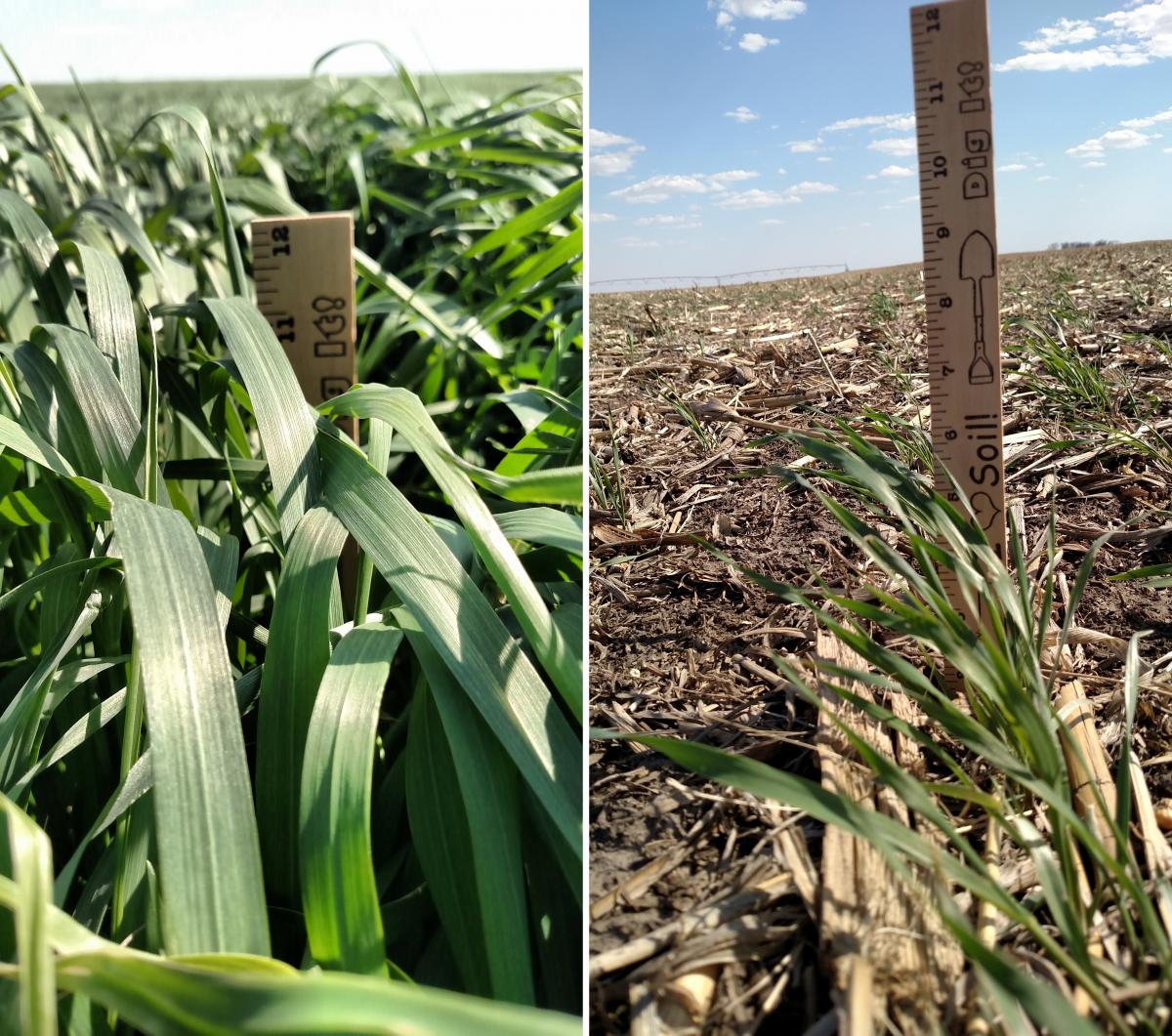 Nevertheless, most cereal rye cultivars will survive winters in the central and northern Great Plains, regardless of whether they are they classified as a “northern type” or a “southern type.”

Northern-type cereal rye cultivars are very winter hardy with longer winter-dormant periods than the southern types. Southern types can have longer growth into the winter and are often the first of the small grains to begin growth the following spring.

Take This to the Field

How Much Cover Crop Growth is Needed For Weed Control?