How Much Cover Crop Growth is Needed For Weed Control?

How well do cover crops control weeds and can they offset herbicide costs in corn-soybean cropping systems across the Corn Belt? We are working on a meta-analysis to answer these questions. Meta-analysis is a quantitative, systematic method to synthesize prior research. The power of such an analysis is that it allows us to investigate overall trends of a particular treatment by combining results from many experiments.

We have analyzed results from 15 experiments across nine states (Figure 1), including one in Nebraska. In order to be included in our analysis, experiments needed to fit specific criteria: 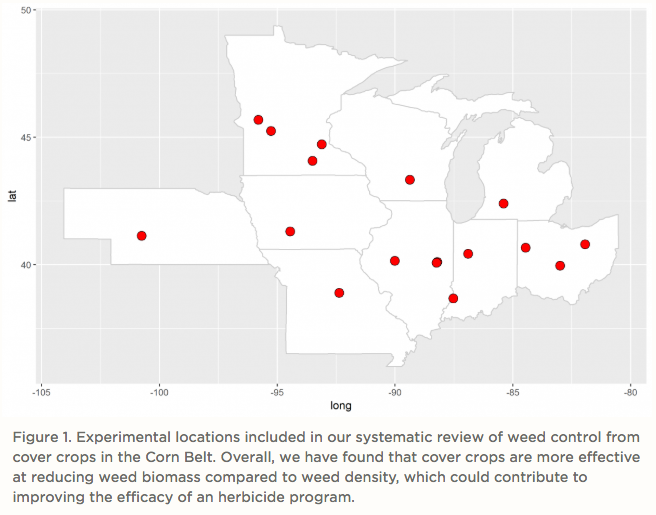 Overall we have found:

Vegetative Growth Stage Irrigation: is it Needed This Year?