Dr. Jackie Rudd, AgriLife Research wheat breeder in Amarillo, said the dryland wheat variety nursery typically has varieties yielding an average of 30 bushels per acre, but some years that can fall to 8-10 bushels per acre due to drought and other environmental conditions.

“This year is undetermined,” Rudd said. “But it looks like it is out of moisture to survive on.”

He said the dryland nursery was planted Oct. 11 into good moisture and it came up and really looked good, but the rain shut off and “we haven’t had rain since then.”

The dryland variety nursery is mirrored across the state with locations in the Rolling Plains, South Plains and further south, all evaluating a large number of different genetic sets to determine how they will do throughout the Great Plains.

“We take advantage of what environments we have,” he said. “It’s been very dry this year, matching close to 2011 when we yielded 8-12 bushels per acre. Some varieties, however, yielded 18 bushels per acre that year. That’s what we are looking at, comparing the genetics here and throughout the state under multiple locations and different conditions.” 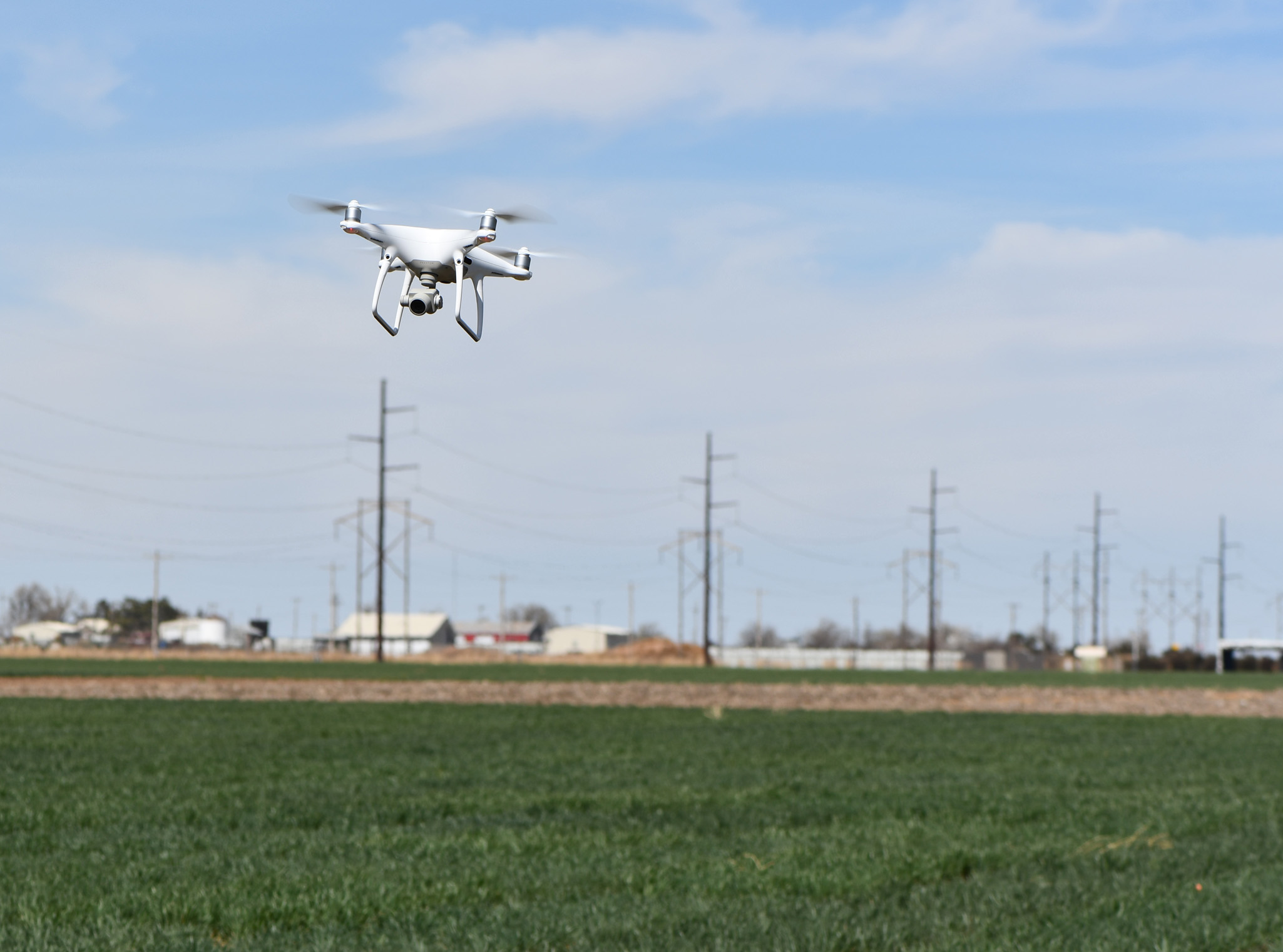 Rudd said they have been monitoring the situation to see the difference in color and growth rate, which has varied with how they started in the fall. Varieties with a good root system had a good stand establishment, got their root down and survived through the winter quite well.

“They are surviving entirely on subsoil moisture at this time,” he said. “But the more we dig down and check, there’s not much moisture under it at all. A week of this hot, windy weather, and it won’t be a pretty sight.”

He said some don’t have much of a root system left. Some might have had roots earlier but those have almost disappeared due to the dry weather.

“Jointing and stem elongation started last week, and things were looking pretty good,” Rudd said. “But when I was walking the field taking notes last week, I kicked some plants and they literally fell over.

“Many plants are not rooted at the crown. There may be some variety differences, but it seems to be uniform across the dryland nursery and several nearby dryland wheat fields. My first thought was an insect or a pathogen, but I really think that it is just dry.

“I’ve never seen anything quite like this – a decent looking plant with almost no crown roots,” Rudd said. “An observation by our crop physiologist, Dr. Qingwu Xue, is that the plant is surviving on the seedling roots and it was just too dry to form crown roots.

“The seedling roots can get the wheat seedling off to a good start and continue to grow down to deep soil for water uptake. However, a root system without crown roots is very difficult to sustain a large developing above-ground plant.”

Some varieties, however, appear to be doing better than others, Rudd said.

“We need to evaluate these 5,000 plots one at a time,” he said. “Our normal process is to walk around here and go plot by plot and write in the book what we are getting. This year we’ve had 16 flights over the plots using UAVs.”

He said they are using the flights to visually measure how fast the stand established in the fall, how well it did when the cold temperatures hit – some lost a lot of leaf area while others kept right on growing — and the spring green-up.

“Some varieties started greening two weeks ago and some started last week and some are really just now starting to green up,” Rudd said.

“With drones flying over weekly, we can actually plot that through the year, the biomass or the leaf area collection, and measure the color differences with the camera and also spectral reflectance and what the greenness pattern really is,” he said. “We are measuring by ground and by air, and that’s very important information we can get in a short amount of time by drone.”

To walk this dryland field, it would take three to four hours of walking and writing notes in the notebook, Rudd said. With the drone, it takes 10-15 minutes.

“It’s a big change from having to walk the field, although we are still doing that now to ground-truth and make sure everything the drones are recording is correct,” he said. “But I’m gaining more confidence in the drone information, and I think it’s going to give us efficiency and a lot more data to make our selections. We can see plant development through the year and adjust what groups of material we are going to focus on at harvest.”

Rudd said the same breeding lines growing in the dryland nursery are also in the irrigated nursery, which is on track for yields over 100 bushels per acre.

“Comparing yields and drone data from the dryland plots with those collected from irrigated plots will provide an outstanding look at drought resistance,” he said. “Once harvest comes, we will know for sure how valuable the data we have been collecting really is, and most importantly this year, to visualize drought tolerance in each individual breeding line and variety.”