The High Plains Ag Lab north of Sidney, operated by the UNL Institute of Agriculture and Natural Resources, will be 45 years old this year.

For nearly 40 of those years, Tom Nightingale managed the farming operations there, overseeing work in the research plots where scientists try to improve the productivity, profitability and sustainability of dryland agriculture in the High Plains region. In January, Nightingale retired.

The High Plains Ag Lab, located north of Sidney, is a satellite unit of the Panhandle Research and Extension Center in Scottsbluff. HPAL covers 2,400 acres, one-third in dryland crop rotations and two-thirds in pasture. Research trials are conducted by scientists based at the Panhandle Center as well as UNL's Lincoln campus and neighboring states.

Nightingale began working at HPAL in 1975 as a research technician for Charles Fenster, the now-retired dryland cropping specialist. He was born and raised on the family farm northeast of Sidney and received a bachelor of science degree in biology from Kearney State College (now the University of Nebraska at Kearney). Before coming back to the High Plains Ag Lab, he spent a couple years working for the Nebraska Game and Parks Commission, as assistant park superintendent at Windmill State Park east of Kearney.

"I've enjoyed them all," Nightingale said, adding that it's always a challenge to get to know a new supervisor and learn to anticipate their preferences.

Hergert said Nightingale has been a significant part of the success of dryland farming research at HPAL over the years. 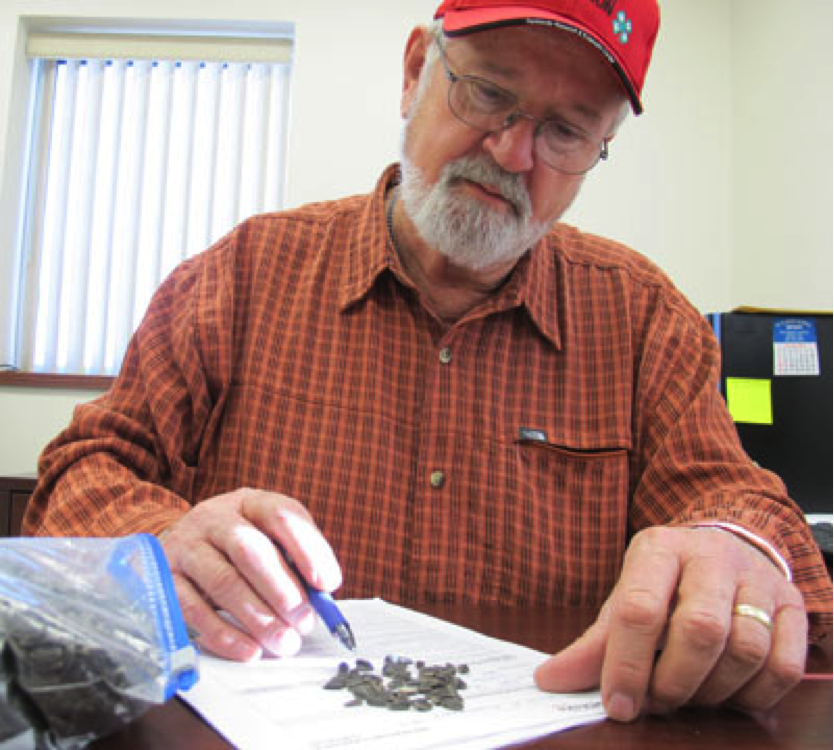 "Tom has a calm demeanor and has great patience in working with the many scientists and their demands as they conduct their small plot research within his production fields. Tom was always willing to help faculty when they had an emergency with plot work. He has done a great job of running a large dryland farming operation in addition to helping with facilities management. He was a great help during the construction of our new building. He has been a great spokesman for the University and an asset in the community. He will leave some huge shoes to fill," Hergert said.

In four decades of dryland agricultural research, one of the biggest changes was moving from the plow to no-till systems, Nightingale said. "When I was hired, Charlie (Fenster) was just starting to work with it," he said.

Another change has been the crops that farmers raise. In the 1970s, wheat and millet were the two dryland crops. Those two crops are still planted today, but also in the rotation are sunflower, dryland corn, and field peas. Other alternative crops have come and gone, such as amaranth and safflower.

In recent years, interest has increased in forage crops, including those that can be grazed. Nightingale said many producers are adopting systems that alternate grazing and cropping. Karla Jenkins, cow-calf and range ecology specialist, has been conducting research into forages.

Nightingale said he doesn't have definite plans for retirement, aside from spending plenty of time engaging in two hobbies he really enjoys — gardening and fishing.

High Plains Ag Lab Building to be Named for Fenster