Dr. Richard Teague might be considered a cowboy of a different kind. He’s not rounding up stray cattle, but rather wrangling the best management practices on ranches to help the cattle and their owners.

Teague, a Texas A&M AgriLife Research ecologist at Vernon, grew up on a farm and knows firsthand there are some unintended consequences from traditional long-standing agricultural practices that might not readily be seen.

“I’m an ecologist and know that for an adequately functioning ecosystem, you have to have good soil function,” Teague said. “Many things we do in industrial agriculture break down the function of soil. The ranchers and farmers we are working with have demonstrated how to increase productivity by improving soil health, manage for decreased inputs, improve the health of their cattle and increase profits.”

Teague’s long-term research, which began in North Texas, is getting noticed. He recently was asked to join the leadership of a research group that includes 26 researchers from 18 universities and private entities.

Teague’s long-term research, which began in North Texas, is getting noticed. He recently was asked to join the leadership of a research group that includes 26 researchers from 18 universities and private entities. 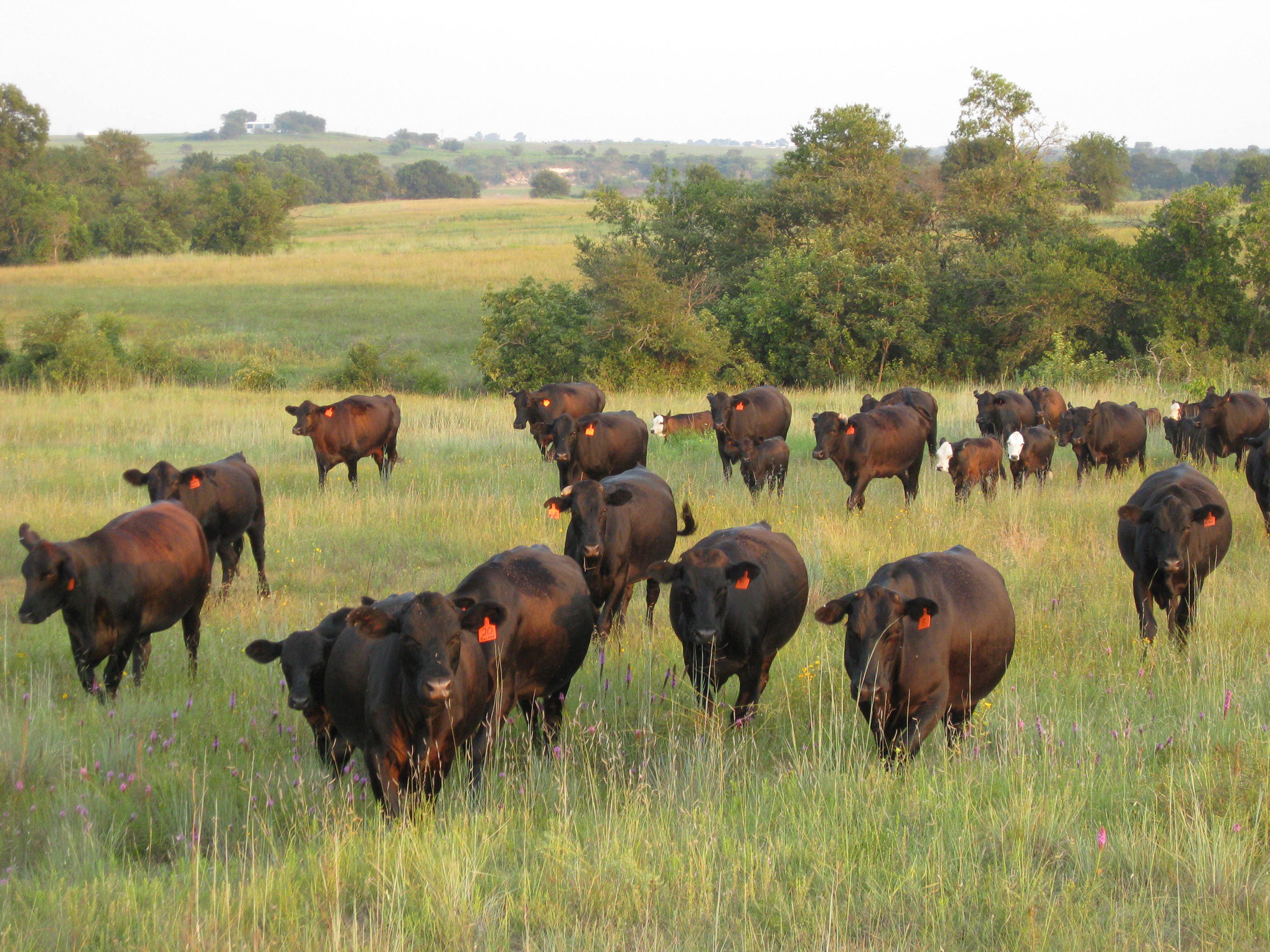 The project is titled “Can Adaptive Multi-Paddock (AMP) grazing contribute to sequestering carbon in soils and improve delivery of ecosystem services and socio-ecological resilience in grazing ecosystems?”

On this project, Teague will be in charge of the grazing management project design and oversight. He is joined on the project by fellow AgriLife Research scientist Dr. Urs Kreuter in Texas A&M University’s department of ecosystem science and management, College Station.

Teague said this study will help bridge a big gap in the science between management effects on a ranch scale and results from small-plot research.

The group started with a $500,000 grant from Shell Alberta in 2016 to do reconnaissance sampling to provide proof of concept that AMP grazing management improves ecological, water catchment and economic value, as his research showed in Texas.

“We were successful in getting some smaller grants to do preliminary sampling to make sure the principles held true in cooler areas to the north, wetter areas to the east and drier areas in the west,” he said. “With these results and data, we started putting together grants to expand this work.”

McDonald’s Corp. kicked off the effort with a $4.5 million grant and is facilitating obtaining additional funding, Teague said. Now more entities are indicating a willingness to put money into this research effort.

“The reason they support the research is because they want to help address the food and health concerns of consumers,” he said. “Agriculture has a role to play in finding solutions to our health problems. Many groups are realizing that in the future they are going to have to show their food comes from healthy sources and ones that do not damage the environment.”

The Canadian government has also funded a similar grant in Alberta, Saskatchewan and Manitoba for $2.6 million, of which Teague and members of the U.S. team are a part. The aim is to determine how much soil carbon can be increased by using AMP grazing relative to continuous grazing on neighbor farms.

Restoring soil health and economic stability for farmers are at the base of Teague’s group’s research. Their big questions are whether it improves soil health and the livelihood of the farmer.

The International Year of Soils was celebrated in 2015 by the United Nations Food and Agriculture Organization’s Global Soil Partnership. A Global Soil Security Symposium brought scientists, policy influencers, investors and citizens together at Texas A&M University in College Station to start the process of developing an international soil security policy.

A worldwide Global Soil Security Symposium was held in 2016 in Paris. A second meeting was held in Paris in May 2017, and Teague was invited to present the team’s research there.

The focus of these efforts was to recognize the importance of soil science in the current global challenges of human health, food and water security, the role of soil carbon to improve ecosystem functions and biodiversity under a changing climate.

Teague said his team of collaborators around the country started their project by outlining some of the damage to soil and soil losses being seen in agriculture and then determining possible solutions.

They began their search for solutions by identifying producers across the U.S. and Canada who have won conservation awards by improving soil and ecosystem health. They analyzed these individual operations to capture what was done on the land, how it was done and what desirable results were achieved.

“It’s important to incorporate leading farmers such as these because you have to show what you are saying actually cash flows on a working operation and has potential to get people into a much better economic position,” Teague said.

In Canada, the team is assessing what different grazing management has done to soil health. At the root of all the proof of concept operations is AMP grazing, which has been found to be an effective restoration practice on grazing lands for enhancing water conservation and protecting water quality, Teague said.

Teague said in grazing and cropping systems, the damage to the structure of the soil universally impedes the penetration and the soil’s water-holding capacity.

Only healthy soil can provide those two functions adequately.

Teague said soil organisms are responsible for more than 90 percent of how the soil-plant system and ecosystem function. The amount of carbon in the soil, identified by organic matter, greatly influences the abundance of microbial life, and soil-water holding capacity is increased in direct proportion to the amount of organic matter in the soil.

Fungi are particularly important as they provide soil nutrients and water that plants cannot access without their help, Teague explained.

“Most current grazing management results in decreased soil microbial composition and function,” he said. “But improved management has been shown to reverse the causal mechanisms of degradation by promoting the physiological factors that favor a healthy ecosystem and restoring the dominance of the most productive plant species.”

When conducting research of this nature, Teague said it is important to remember “changes come slowly and you have to manage it for enough years that you have a measurable difference.”