Brian Hildebrand believes threats to crops from weeds, insects or diseases happen when growers —whether they realize it or not — provide the opportunity for infiltration with the right environment, a susceptible host and the right inoculum or pathogen.

Hildebrand fights these problems with a systems approach that includes plant or crop competition, “sanitation” by preventing pests from emerging in the first place, and diverse rotations.

With his wife, Anna, and their five children, Hildebrand no-tills small grains, lentils, brassicas and legumes on 8,500 acres near Foremost, Alberta — 3 hours south of Calgary and 40 miles from the Montana border. His rotation includes winter and spring wheat, durum, feed and malted barley, yellow field peas, lentils, chickpeas, canola, mustard and some alfalfa for forage.

Hildebrand’s grandfather experimented with grass seeding and his father had limited success with no-till in the 1980s, but the farm has been strictly no-till for the last 20 years.

“It’s not just about the crops that I’m growing, it’s rotations and what I am trying to achieve,” Hildebrand said recently at the No-Till on the Plains conference. 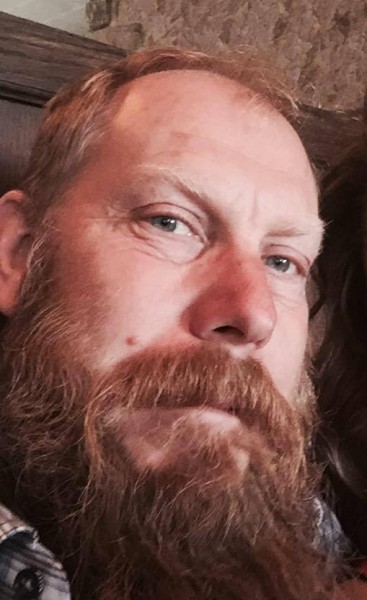 “When only one mechanism is being used to control the weeds, sooner or later something’s going to come in. That vacuum will get filled…”

The Hildebrands are no-tilling in a true northern climate. They have a fairly short frost period and can count on raising crops from June 1 through Sept. 10, with a couple of weeks leeway on either end.

Nighttime temperatures are cool, rarely getting above 50 F, which Hildebrand says helps plants recover, but creates challenges growing warm-season grasses. He notes canola is one crop that is very resilient to sudden temperature drops and doesn’t need a heavy stand to come back.

With these temperature and moisture limitations, maintaining residue cover is paramount for Hildebrand, so he’s gone a little heavier on cereal crops like wheat and barley. He typically maintains a 5-year rotation, three of which are cereals. “I was going a little bit heavier on the broadleaves before, but I found I just lost my ground cover and then the system starts to fall apart,” Brian says. “The system runs on residue.”

Most of the land he farms was in wheat-fallow before, and while wheat does better in his cooler climate, he’s trying to get more winter crops — such as winter lentils — going so he can keep a living root in the soil longer. The earlier harvest window also gives him at least some chance of getting cover crops in.

Hildebrand says spring lentils have been very profitable and “paying the bills for the last couple of years,” and other growers have been shorting their rotations as well to get lentils included.

“They’re not making money on wheat or barley, and on canola just a little bit,” he says. “The peas, lentils and chickpeas have been hugely profitable. But as we push the rotations, we’re causing ourselves problems with some diseases coming in. And we’re going to have to spray more and more in crop.”

With corn being tough to make work in his area, Hildebrand has been replacing it with barley as a cool-season grass. While it’s not a small grain that is completely different, it does maintain residue and provide some diversity, he says.

Often, no-till skeptics say having too much residue keeps soils cooler and possibly hurts crop vigor and emergence. “A soils professor that I had at the University of Alberta told me a wet soil is a cold soil. But I think it also keeps my moisture in place,” Hildebrand says. “It causes a challenge, though, getting some of those warm-season crops up and going, but it sure helps my cool-season crops.

“To do a warm-season crop, one of the tools would be some residue management, just stripping away some of that residue for the seed row. I did do that when I was trying to get corn going. But for the most part, I think it’s a good thing for me, to keep the soil a little bit cooler.”

Hildebrand admits that wheat straw can be a nemesis, as it seems to stick around for 2-3 years.

“I don’t know why, but it’s just not disappearing. I don’t know if I don’t have the right soil microbes there to cycle it yet, or if it’s a combination of the dry and the cool weather,” he says, noting residue from peas is disappearing quicker, most likely due to higher nitrogen fixation from the legume. “But I appreciate having that litter there when things get dry.”

Dealing with shatter is something many no-tillers deal with when raising spring or winter canola. Hildebrand says some varieties have been developed for spring canola that are shatter resistant, but he isn’t aware of anything released yet for winter canola.

A lot of Hildebrand’s canola is windrowed at harvest, and another strategy he’s using is “pushing it,” he says. “I run a shield across the crop and artificially lodge it, or push it down into a mat, 6-12 inches high. And then you come in with a straight-cut header in the opposite direction that it’s been pushed over. And once it’s pushed down and it’s all knit together, then it won’t weave in the wind and shatter.”

With a diverse rotation does come some increased threat of disease. He sometimes swaps out rotations, putting wheat and barley following each other to establish a 2-year break from broadleaf crops.

An emerging disease Hildebrand and many other no-tillers in his area are dealing with is aphanomyces, a very persistent root disease in peas and, to a lesser extent, lentils. The loose spores will stay in the soil for 7 years or more and it difficult to eradicate. Even though chickpeas aren’t susceptible to aphanomyces, they can be a carrier.

“So it’s not just a matter of choosing a crop that doesn’t get the disease, but also choosing one that doesn’t carry it and keep the inoculum there,” Hildebrand says. “So I’ve got this 5-year break where I need to figure something else out, possibly by moving more to lentils and chickpeas instead of peas, but having an occasional long break to manage that.”

Hildebrand also fights back against aphanomyces by replacing canola with mustard in some of his fields, as the crop has a destructive effect on the disease. Mustard is also about $150 an acre cheaper to raise in terms of seed, herbicide and fertility costs, he says.

“Reducing that cost makes a huge difference in the amount of risk you have,” he says. “Having less money out there solves a lot of risk.”

Hildebrand typically grows yellow mustard, but has also grown oriental and brown mustards. One challenge he faces with mustard is frost, as the growing point for the plant is above the ground, “and then that large amount of residue is insulating the warmth from the ground in the nighttime,” he says. “So that plant will have the nighttime sky and doesn’t get the infrared from the bottom. And that really exaggerates the risk of frost, or the late spring frost.”

When Hildebrand’s farm was in a tillage-based system, soils contained 1-1.5% organic matter in the top 6 inches. Several months ago, a local agronomist did some tests on plots and it shows things are changing, especially 6 inches and up in the soil profile.

“But even 20 years in no-till, we’re not really seeing the improvement at depth, but we’re sure seeing some huge things happening on the surface,” Hildebrand says.

One way he’s trying to improve organic matter is working with cover crops, which is a challenge in his short growing season, even when seeding them in mid-July to early September. He’s also concerned about them becoming a “bridge” or host for pests the next year.

Hildebrand also believes that in the short amount of time he has, seeding covers will destroy more residue than he will gain through production. That’s why he’s focused on seeding winter crops to keep a living root in the soil more of the time.

In 2016 he managed to get a cover crop seeded and growing successfully. He was taking out an alfalfa stand and he took the first cut, sprayed it before baling, and then seeded millet afterward. “I was happy to get the ground covered again, a little bit of residue cover. And I terminated it in September and dormant seeded it to spring wheat,” he says.

Hildebrand lives in an area near where the first glyphosate-resistant kochia was found in the Canadian prairies. Kochia is now resistant to glyphosate, Group 2 and Group 4 herbicides.

While speaking at a canola conference recently, he said it was “rather disturbing” to see a large emphasis placed on technology to solve problems, either in a bag or box. For example, blackleg and clubroot are two root diseases that can decimate canola, and breeders so far have only developed resistance genes for blackleg.

The first site where glyphosate resistant kochia was found was near Skiff, and Hildebrand’s farm is just north of that area, so he feels prevailing southwest winds helped spread the weed and resistance.

“When only one mechanism is being used to control the weeds, sooner or later something’s going to come in. That vacuum will get filled,” he says.

Hildebrand says no-tillers should consider looking at their herbicide program like it’s a gun with a limited amount of bullets. “Every time you apply that, every time you select for resistance, you fire a shot. Bang. Bang. Bang. And how long is it going to be before we hear the click?”

On his farm, Hildebrand says competition is a tool he uses to fight weeds by ensuring adequate plant populations and good plant establishment. He notes thin stands of frost-damaged canola are terrible for weeds, but favorable for disease development. “And then part of it is to make sure we fertilize the plants and not the weeds,” he says.

“So for sanitation, what tools do we have? For weeds, it’s herbicides. And they’re a powerful tool. But we have to make sure they’re not our only tool. Eliminate soil disturbance. Prevent the import of weeds. And for disease and insects, we want to make sure we have a host-free period. And that’s part of standard rotations for a lot of people. Cover crops will work into that.