May 25, 2017 | Posted in Crop Protection
Source: University of Nebraska Extension

Early Detection and Rapid Response (EDRR) is a concept to identify potential invasive species prior to or just as the establishment of the invasive is occurring. An integrated pest management plan (IPM) can be developed to manage, contain, and eradicate the invasive species before it can spread further. This will avoid costly, long-term control efforts.

Absinth wormwood is a perennial forb that has been identified in parts of Nebraska.  It is considered either a local or state noxious weed in Colorado, South Dakota, and North Dakota. 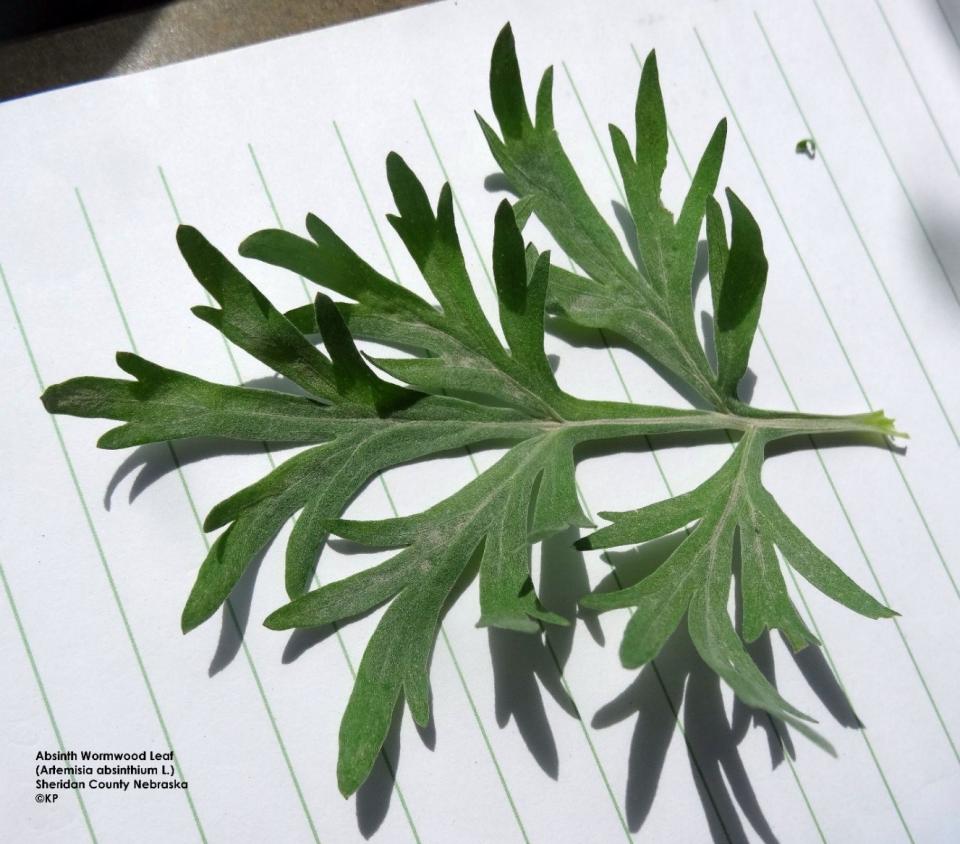 Absinth wormwood is an herbaceous perennial forb. It reproduces and spreads primarily from seed and short roots. Absinth wormwood is a prolific seed producer. Seeds germinate from late spring through early fall and can remain viable in the soil up to four years.

Plants form rosettes the first year of growth; in the second year they resume growth in April and May and flower in July and August. Seeds mature in early fall. The plant dies back in the fall and then resumes growth the following spring from new buds and shoots.

Absinth wormwood has a taproot and may have 20 or more erect woody stems.   Mature plants may reach a height up to 1.5 meters (5 feet tall). Leaves are light to olive green in color, large and dissected up to 7.6 cm (3 inches) in length.

Stems and leaves are covered with fine silky hairs, which give the plant a grayish color. Inconspicuous flowers are small, dull yellow, and each produce a single seed, which is scattered by water, wind, animals, and hay. 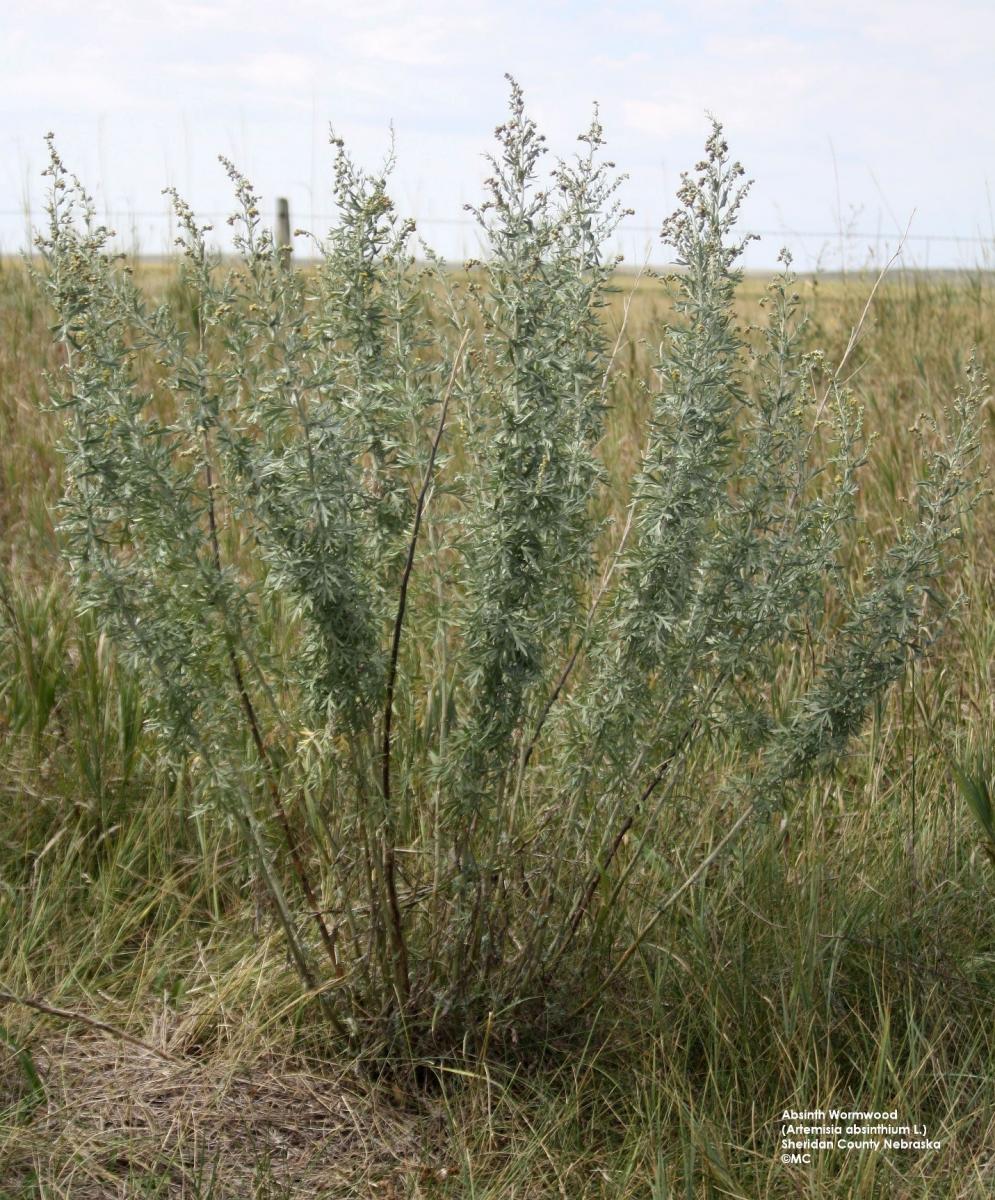 Absinth wormwood was intentionally introduced into the United States as an herb in gardens for social and medicinal purposes. By the 1840s, the plant had spread west and north across North America. Absinth wormwood will establish quickly in disturbed areas and over-grazed sites and can out-compete desirable forbs and grasses in pastures and rangeland, reducing biodiversity. It can be found in dry and moist soils.

Most new sites of absinth wormwood can be attributed to imported hay from out of the state that was contaminated with absinth wormwood seed.  When buying hay or forage, check to see if it is certified as weed-free forage. This can prevent costly problems later on if you have to start managing a weed or weeds you did not have before.

Absinth wormwood appears on roadsides and quickly invades farmsteads where infested hay has been fed, stacked, or stored. An invasive weed, it can reduce the amount of forage available for grazing. It has little or no forage value for livestock and is toxic to horses, who won’t graze it unless no other forage is available. Sheep can graze the plant, but it will taint the milk of cattle that graze it.

The plant’s pollen can be a source for allergies and asthma in humans. Its leaves have been used as an herb for the sage flavor, the oil in vermouth, and antiseptic liniments.

The threat of this invasive pest recently became more real when Kristi Paul, Sheridan County Weed superintendent, was asked to identify a “strange weed” growing in a calving lot. Paul’s first question to the landowner was, “Did you purchase some hay from out of state?”

The answer was 'yes' and it turns out a load of hay must have been infested with absinth wormwood seed. At least 10 locations in different parts of Sheridan County have absinth wormwood growing where hay has been fed or piled. 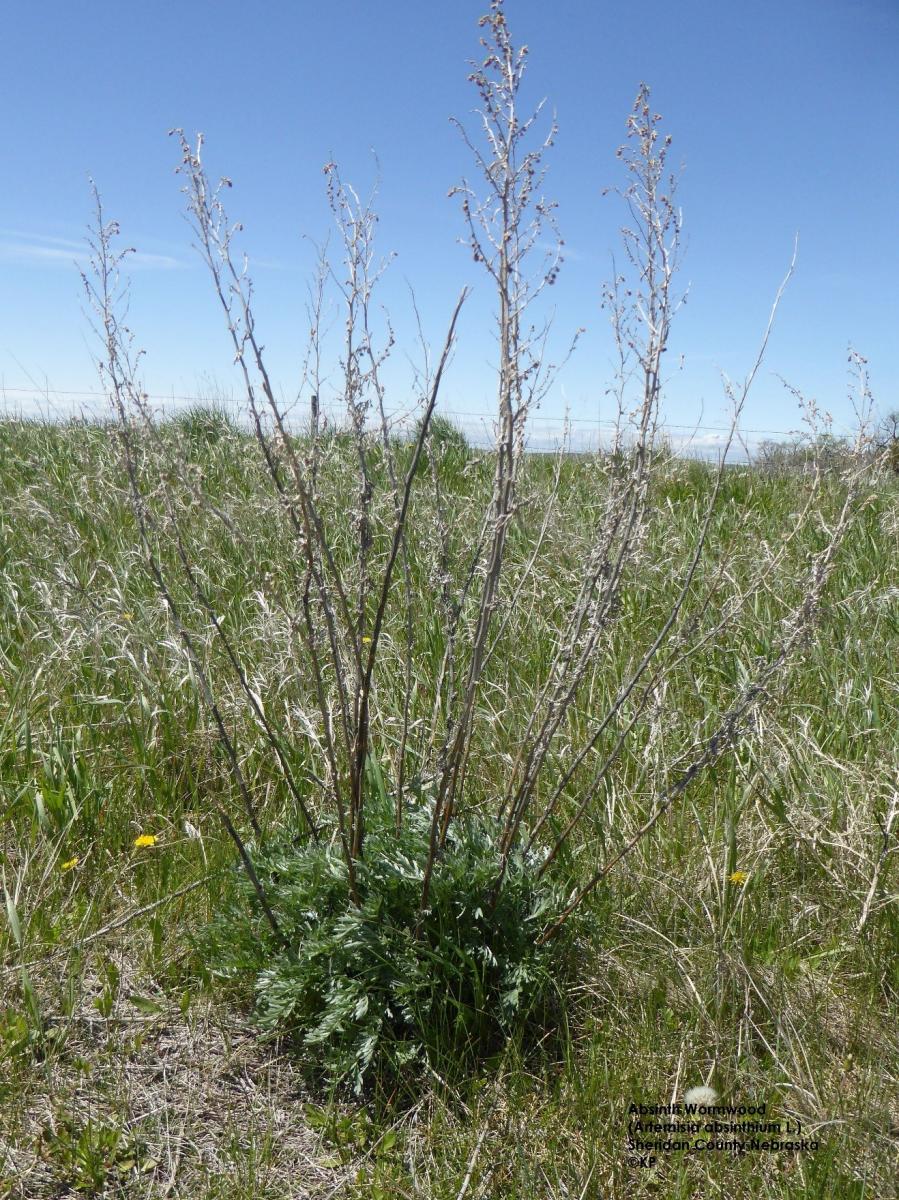 Prevention is a good control option.  Having well-established grasses and forbs on a maintained pasture or rangeland with proper grazing and rotational grazing techniques can go a long way to prevent its establishment.

Be proactive. When buying hay or forage, ask if it is certified weed free. More information on weed-free forage is found at http://neweedfree.org/. Nebraska, South Dakota, and Wyoming support weed-free forage.

Burning is not considered a good management option; the infestations may not be reduced and may actually increase.

Mowing multiple times throughout the growing season may prevent seed production, but will not eliminate the established plants.

Numerous chemical treatment options are available to manage absinth wormwood. Products containing clopyralid, dicamba, Picloram, glyphosate, and 2,4-D have been shown to work. Be sure to select a product that is labeled for the site. Read, understand, and follow all label instructions when using any pesticide.