Diversity in the Soil, and in Business, is the Mantra for No-Tiller

He was once a home builder — then he became a soil builder.

Darin Williams, Waverly, Kan., is also a vested no-till grower and business entrepreneur. These skills came to him because of his love for farming, a dream he has built since the age of 16.

When he was a junior in high school, Darins’s father purchased a 60-acre farm and planted wheat and soybeans. For 2 years, Darin worked ground and planted traditional crops alongside his father before college took him away from the farm.

During his college years, Darin heard friends and leaders talk about the difficulty of being able to make a solid income from farming. It discouraged him, so Williams took on his next passion — carpentry. For 20 years he built houses in Kansas City and South Carolina but kept his eye on returning to the farm.

“It’s what I really wanted to do,” Darin says. “I just wasn’t sure how to make it profitable.”

Opportunity suddenly arose, he says, as a chance to live on the farm his father owned. Darin and his new bride, Nancy, moved back and he slowly made the transition from building houses to agriculture production. 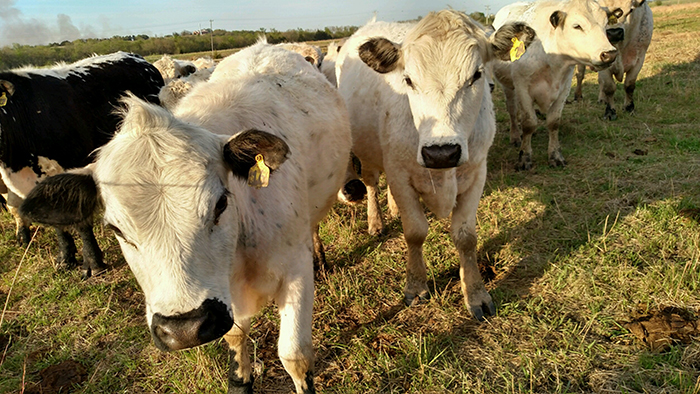 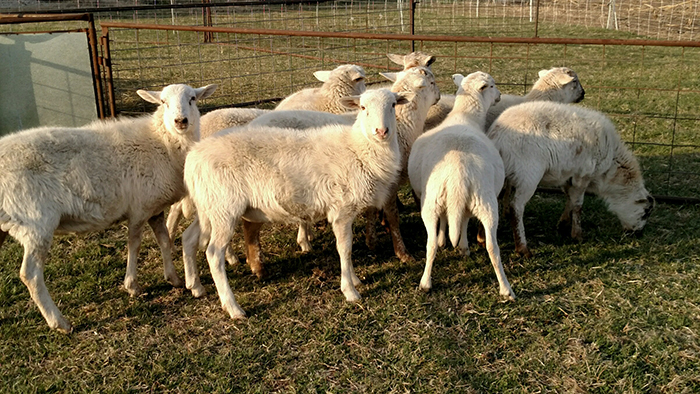 One venture for no-tiller Darin Williams and his wife, Nancy, is maintaining Green Pastures, which includes a herd of British white cattle (left) that are grass fed to sell as custom beef, as well as Katadin hair sheep (right). Darin says British white cattle are a smaller-framed, more heat tolerant and easier to handle than typical cattle.

A Change in Thinking

Then another opportunity came up: The chance to hear Gabe Brown speak on no-till practices and cover crops.

“That was it,” Darin says. “When I heard him speak it really changed my train of thought and I decided to make the change to doing things better than what I had been doing before.”

Darin noticed his brother-in-law was utilizing no-till methods and producing high-yield crops without tilling the soil. During his years in the home-building business Darin was never afraid to ask questions and learn from others, so he picked up on the no-till trend and never looked back.

“I knew the old fashioned way wasn’t healthy for the land and that it would not help my bottom line,” Darin says. “When I listened to Gabe that first time I knew he wasn’t selling me a bill of goods. It made me think about quality of life and going all out.”

The British white cattle are a smaller-framed breed that is heat tolerant but still maintains carcass quality while consuming forage. Darin likes that they are also docile and easy to handle. He raises his own British white bulls for his herd and to sell locally.

“There isn’t anything I don’t like about them,” he says. “They can graze and be in the sun for longer periods of time, not sitting under a shade tree like other cattle.”

Darin likes to be flexible, which means he’s also diversified his cover crops and his business ventures.

In November, Darin and his father purchased a grain elevator in Moran, Kan., as a place to market cover crop seed, naming the company Natural Ag Solutions. The company also places a huge emphasis on wildlife and habitat that can be accomplished with cover crops, so Darin also specializes in deer plot mixes.

The southeastern Kansas location is prime, he says, to educate customers and area farmers about the value of cover crops. Darin says much education is needed to give local farmers a chance to become soil health conscious and concurrently, profitable.

Natural Ag Solutions, featured on Facebook at naturalagsolutionsllc, will clean and sell its own seed varieties. Darin says it will serve as a non-GMO distribution center to teach people how to harvest clean crops without weed takeovers.

Darin and Nancy run all three business themselves, have one full-time employee and a second in training at Natural Ag Solutions. When the manpower is there Darin will expand his soil health education goals – and he says he needs more seed storage.

“What we want to do is sell cover crop seed and teach soil heath principles on 15 acres that are with the elevator,” he says. “We can show our cover crop plots, non-GMO corn and soybean plots and show people what to do and what not to do.” 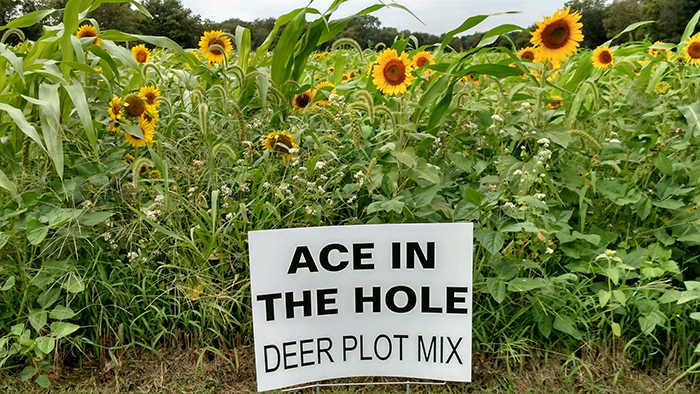 Darin Williams’ company, Natural Ag Solutions, place a large emphasis on what cover crops can do for wildlife and habitat, so among the cover crop mixes he sells is this “Ace in the Hole” deer plot mix.

When faced with an opponent of no-tilling, Darin says growers shouldn’t be frustrated, nor should they give a lecture to the opposition. He’d rather give a 10-second elevator speech to introduce no-till and then, if the person says it doesn’t work, show them the root system and the worms.

“I keep a shovel with me and tell them nothing else will speak consistently about being profitable,” Darin says. “I get a lot of satisfaction out of using my grain bins for storage, which gives me the chance at premiums for my grain. It keeps from totally relying on the commodity system.”

Since 2010 Darin has been able to turn his passion for organic material into a reality. He wants to avoid seeing mud in the ditches, and he despises erosion as much as he loves natural root systems, biology, and water infiltration. Darin also says dollars-per-acre profit is a driver for him, vs. winning the yield contest each year.

“You do have to have yield — just not at the price people pay for it these days,” he says.

Before 2010, Darin says he could have had as beautiful crop of soybeans as anyone but as soon as the rain stops that field would fade fast. Now, with no-till methods Darin says his crops are always in the ball game.

“We hold moisture, keep residue on the soil and the beans don’t fade at the end,” he says. “It’s like putting armor on the soil to protect the crop. It’s exciting to know when I plant a field now that it will be there in the end instead of burning up in July or August. We’re not bullet proof but we’re close.”

The diverse business ventures Darin has started and maintained have given him hope for the future of farming, albeit a different kind of farming than when his dad purchase the farm 25 years ago.

There is one more venture Darin and Nancy hope to begin, though it will be several more years in the making.

“We’re going to go on vacation,” he says.

‘Innovations in Regenerative Agriculture’ is the Theme of AIM Symposium

No-till on the Plains Hosting Two Field Days in August