No-Till On The Plains

Many producers in the Great Plains believe that cover crop growth can be increased by planting mixtures of species. This gain in biomass occurs because mixtures can use resources more effectively.

For example, a plant canopy comprised of several layers of leaves is more effective in capturing sunlight than if all leaves occupy one layer. However, research has shown that some mixtures of cover crops can yield considerably less than sole crops. One study found that biomass of a 4-species mix that included oat was 25-40% lower than oat grown alone in 3 years out of 4.

We were intrigued as to why production of some mixes isn’t as productive as expected. We recently conducted a research trial with cover crop mixes that may provide insight for planning productive mixtures.

Our study focused on the fall growth interval, and was conducted near Brookings, S.D., where yearly precipitation averages 23 inches. Four cover crop treatments were established in early August of 2014 and 2015, following spring wheat harvest:

These species were chosen because they are widely used in eastern South Dakota. Seeding rates followed NRCS recommendations and were adjusted for mixtures — i.e., planting a 1/6 rate for each species in a 6-species mixture. Species were planted at 1.5-inch depth and in rows spaced 7.5 inches apart.

We assumed that the other species added to the mixture would compensate for less production of oat, pea, and radish, as community density of seedlings (330 plants/m2) was similar among treatments. But adding flax, lentil, and common vetch to O-P-R did not compensate for less biomass of oat, dry pea, and oilseed radish. These species produced only 31 g/m2.  Apparently, these species are not as productive as oat, pea, and radish. 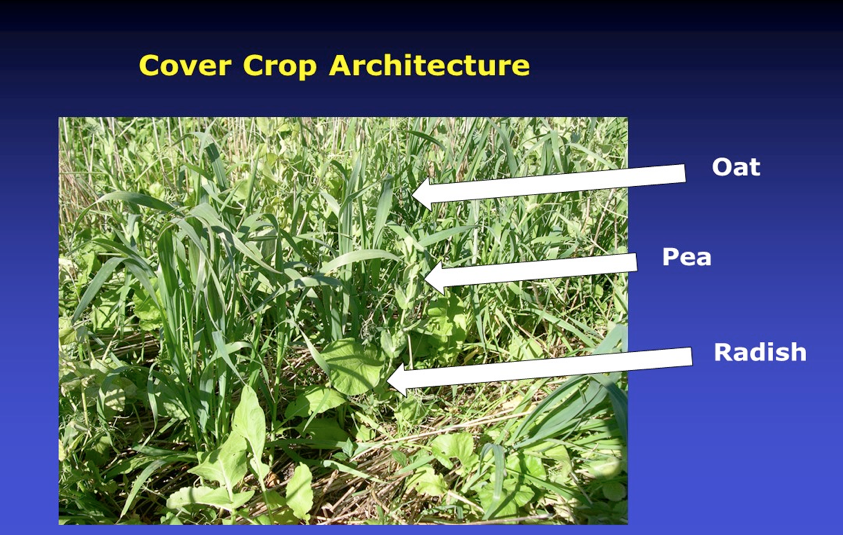 Figure 1. Growth zones in the canopy of the mixture: oat, dry pea, and oilseed radish, 9 weeks after planting in early August.

We speculate that this difference with oilseed radish production is related to canopy architecture. Biomass may be higher in the 3-species mix because each species occupied a different zone in the canopy (Figure 1). At biomass sampling, most of oat leaves occupied a layer 15-20 inches in height (high zone), dry pea leaves grew in the mid-zone (10-15 inches in height), and oilseed radish leaves grew in the low zone (less than 10 inches high). This differentiation into zones was noticeable 4 weeks after emergence.

With the 6-species mix, dry pea, lentil, flax, and common vetch occupied the mid-zone. We believe these 4 species, along with oat, suppressed growth of oilseed radish, whose leaves remain close to the soil surface, by intercepting most of the sunlight.

Growing one species in each of the three zones may have minimized interspecies competition in the 3-species mixture. Other cover crop species may respond differently to canopy architecture, but this approach was favorable for oat, dry pea, and oilseed radish productivity.

If more species are preferred, arranging species to occupy these three zones equally may minimize interspecies competition and improve productivity (species examples by zones are shown in Figure 2).  Considering canopy architecture may be especially helpful when low-growing species such as oilseed radish or turnip are included in the mixture. 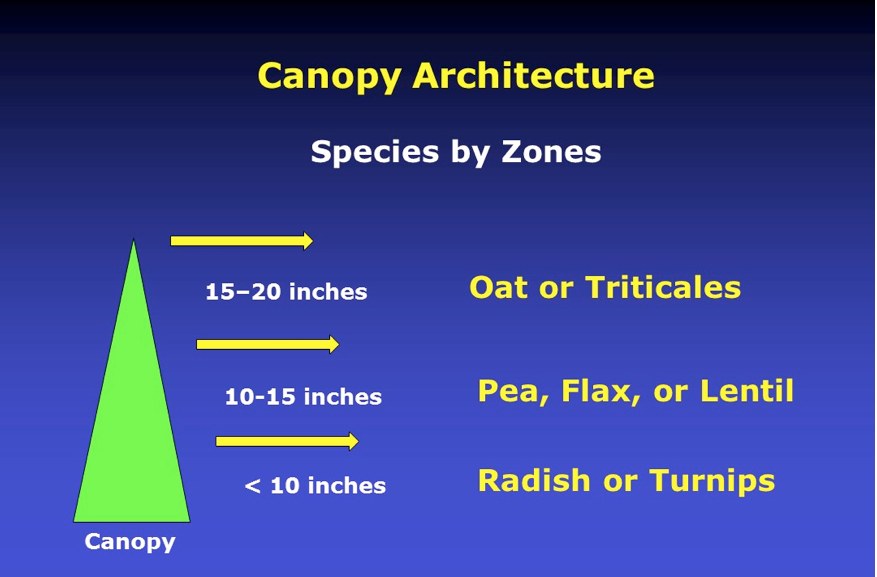 Figure 2. Examples of species that would occupy specific zones of a fall-growth canopy of cover crops.

Producers often choose multi-species mixtures to enhance diversity of the soil microbial community. This is a viable goal, but as we considered our data in Table 1, we questioned whether the 6-species mixture would be more favorable for microbial diversity.

Our concern is that biomass of two species — flax and vetch — comprised less than 7% of the mixture’s biomass. The root growth of this species likely was also minor, therefore, their impact on the microbial community would be small.

But if biomass of the 12-species mix was 25% less, and 3 or 4 species comprised 85% or more of the community biomass, it is questionable whether microbial diversity would be enhanced more than with a 3-species mix that produces more root growth.

Considering canopy architecture may help producers in planning cover crop mixes. In Figure 3, we suggest a series of steps for planning mixtures. The first step is to identify the goals for the cover crop interval, such as nitrogen (N) scavenging, forage for livestock, residue production, and/or weed suppression.

Then, choice of cover crops species could be based on C:N ratio management, diversity related to sequence of cash crops before and after the cover crop interval, and canopy architecture.  Considering canopy architecture would be especially helpful if a producer was seeking multiple goals with cover crops, planning mixtures to include species such as radish or turnip, and striving for maximum biomass production. 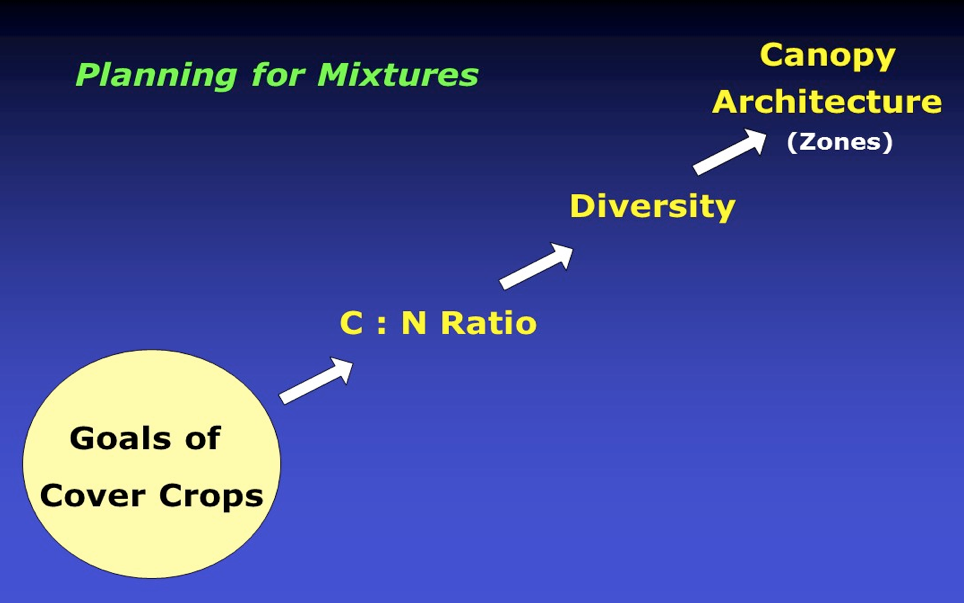