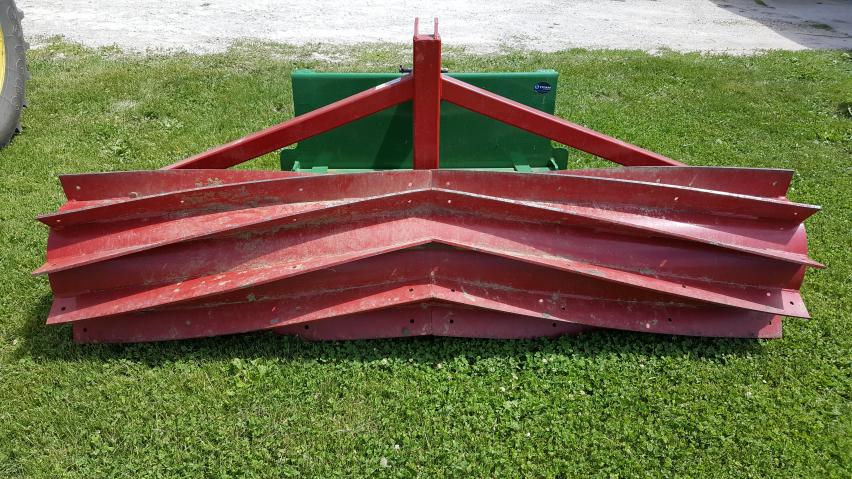 Figure 1. The chevron pattern of the roller crimper serves to crimp cereal rye stems in several locations, effectively killing it while creating a mulch bed

This time of year brings harvest, preparations for winter and the planting of cover crops. Cereal rye is a popular and versatile cover crop that is planted in the fall and terminated in the spring. Traditional termination methods include chemicals, mowing, tilling and even crimping prior to planting of the row crop.

The roller crimper, originally designed by the Rodale Institute, is used to crimp the cereal rye stem in several places (Fig. 1). The flattened rye can create a mulch bed on top of the soil. Row crops or vegetables can be directly seeded through the mulch bed with a drill or a strip tiller. While knowledge about the management of cereal rye and roller crimping is becoming more commonplace, we are still uncertain which cultivar(s) performs best for Iowa and other Midwestern production systems.

In the fall of 2015, researchers at the Iowa State University Horticulture Research Station assessed five cereal rye cultivars (Table 1). Cereal rye was broadcasted at a rate of 110 pounds per acre using a Gandy drop spreader on two dates (Sept. 16 and Oct. 13). The seed was incorporated by tilling at a 2-inch depth. The planting date in October had to be irrigated to promote germination due to lack of rain. Plots from both planting dates were well established before winter.

Date of Anthesis and Roller Crimping

One of the most important objectives of this study is to determine the date of anthesis for each cereal rye cultivar (Fig. 2). Cereal rye cannot be successfully terminated with roller crimping until the rye has reached the reproductive stage. Planting date did not affect anthesis date in our study.

In 2016, Aroostook reached anthesis first (Table 1.). Rye in all plots was rolled and crimped on June 3. Four days after rolling and crimping, there were noticeable visual differences between the success of termination for each cultivar with Aroostook, Elbon and Wrens Abruzzi. 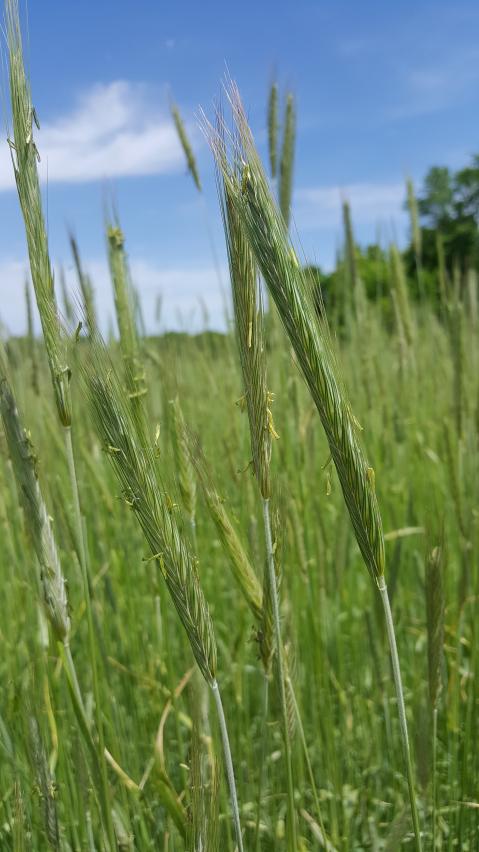 Prior to crimping rye in each of the plots, a 20-inch square of above-ground cereal rye biomass was collected. The biomass was dried and weighed to assess average dry weight biomass. Data was extrapolated to reflect dry weight biomass in pounds per acre. We were surprised that there was no difference between the September and October planting dates for biomass accumulation at termination. Had we not irrigated in October to ensure germination, differences in biomass accumulation by planting date may have been larger.

The carbon-to-nitrogen (C:N) ratio of plant material is a strong indicator of the ability of soil microbial organisms to break down organic matter into a useable source of N, making it an important variable to consider when using cover crops. Aroostook, Wrens Abruzzi and Elbon had significantly higher C:N ratios than Prima and Wheeler (Table 2). For soil microbial activity, a C:N ratio close to 25:1 is ideal. The lower C:N ratio of Prima and Wheeler would allow the mulch biomass to be more quickly broken down and converted to useable nitrogen. On the other hand, if a lasting mulch is desired for an entire growing season the cultivars with a higher C:N ratio may provide a mulch bed with more longevity. 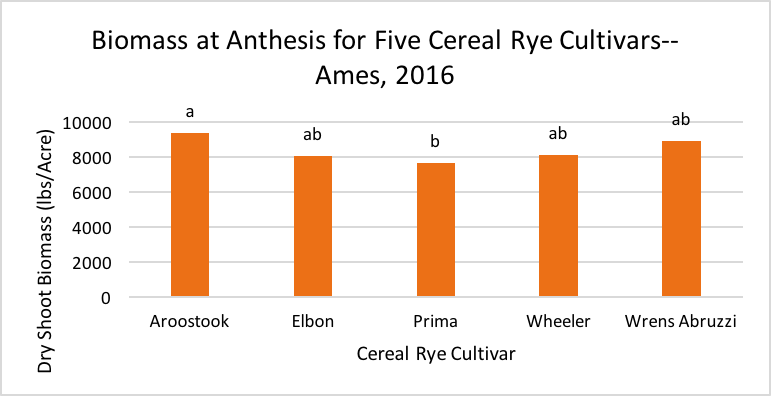 The full results of the 2015-16 cereal rye cultivar trial will be available in January 2017 in the Iowa State Research and Demonstration Farm Annual Report: http://farms.ag.iastate.edu/content/horticulture-research-station. For more information on projects being conducted by the ISU Sustainable Vegetable Production Lab, please visit http://www.extension.iastate.edu/vegetablelab/.