Combining grazing, full-season cover crops and diverse rotations is putting more wealth in the soil, and in the bank, for South Dakota no-tiller Levi Neuharth.

In all his farm equipment, Neuharth looks for the least amount of soil disturbance, which he finds with his John Deere 1895 SFP no-till air seeder. In this picture he’s planting lentils into milo stubble.

It’s no accident that Levi Neuharth is keeping diversity in his cropping strategy, microbial activity in his soil biology and more money in his pocket.

This second-generation South Dakota farmer has identified markets for the small grains that provide crop diversity, while integrating continuous cropping with cover crops into the no-till system his father, David, began establishing some 20 years ago.

Wheat, milo and sunflowers serve as his main cash crops, giving him a basic mix of grasses and a broadleaves. Inclusion of corn in his crop plan is determined each year by a number of factors, including moisture availability, commodity prices and his need for crop-rotation changes.

With between 14 and 16 inches of annual rainfall and intense late-summer heat, corn doesn’t always do well. “At harvest time, if we don’t raise corn, all we need is our row-crop head,” he says. “That saves some money on equipment.”

In selecting his wheat variety, Neuharth looks for those with high disease resistance and winter hardiness. 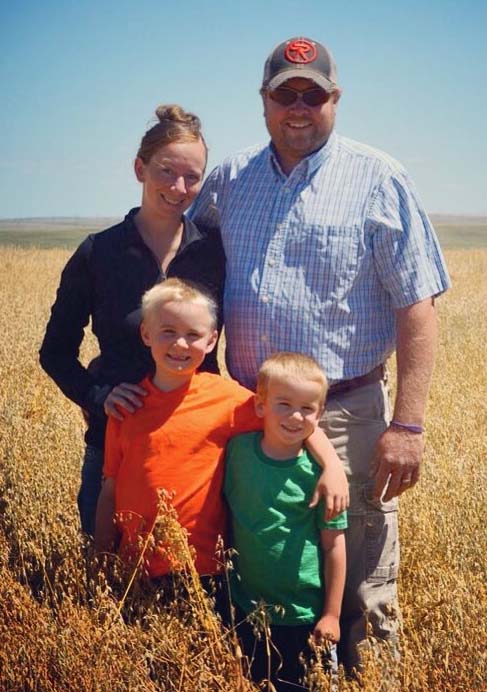 Oats is one of the small grains Levi Neuharth and his wife Crystal, and their sons Johnathon (left), and Justin no-till on their central South Dakota farm. In addition to adding diversity to Neuharth’s no-till system, the small grains do well with the scant rains and hot summer temperatures common in Neuharth’s area.

He never plants a single variety but typically chooses up to three wheat varieties to both test yield results in different wheat species and spread the risk of potential disease or drought events. Successful wheat varieties he’s used include Wesley, Ideal and Sy Wolf.

With a John Deere 1895 SFP air seeder, Neuharth plants between 1.2-1.6 million wheat seeds per acre on 10-inch rows. His air seeder allows for placing fertilizer at either a 5-degree or 7-degree angle.

The 5-degree fertilizer opener can be used for application of liquid and anhydrous (NH3) fertilizers. It opens a smaller trench than the 7-degree opener, causing less soil disturbance.

“It’s important that I incorporate fertilizer into the soil because we may not have rain right after we plant,” Neuharth says. “If my fertilizer is on top of the soil, there’s risk of volatilization or denitrification.”

Neuharth typically harvests an average of 50 bushels an acre with wheat and continuously harvesting has significantly increased the farm’s sustainability and income, he says. While his harvest is generally comparable to the few conventional-tillage farmers in his area, Neuharth has a big advantage in wheat yields when soil moisture is poor. 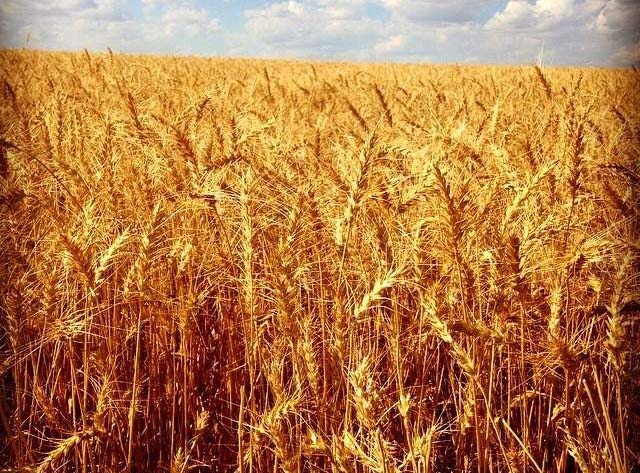 Using no-till practices, Levi Neuharth has eliminated wheat fallow and significantly increased farm income with this main cash crop. Depending on weather conditions, Neuharth may plant another small grain, such as millet or another wheat crop. He often follows wheat with cover crops that can be grazed.

Oats is easy for Neuharth to grow, with a yield of 90-100 bushels per acre, but it’s difficult to sell in his area. Neuharth likes the fact that oats makes phosphorus in the soil more available for subsequent crops, and he’s exploring the idea of planting edible oats for the consumer market to sell in Minnesota.

Milo requires less moisture than corn and is more drought tolerant. Markets for the grain are close to Neuharth and he’s harvested as much as 80 bushel per acre with a basic fertilization plan.

Teff grass has been in high demand in recent years due to its gluten-free qualities. The market’s current instability and weakened growth makes the crop less appealing to Neuharth at the moment.

“One advantage of teff grass is the high-quality feed it provides for horse hay,” Neuharth says. “It doesn’t have the sugars other hay crops do, making it a healthy hay choice. We like to plant teff grass into sunflower stalks because it can be planted early and gets a good growth start in spring.” 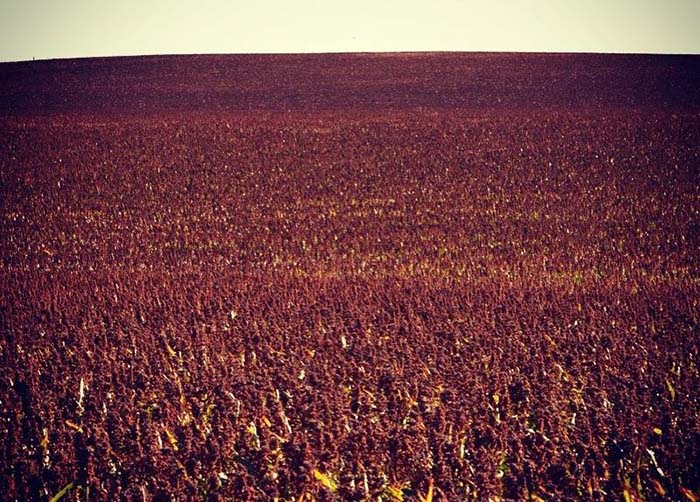 Milo thrives in Neuharth’s semi-arid climate in central South Dakota. Since milo markets are nearby and provide a stable outlet for the grain, milo is a frequent part of Neuharth’s crop plan.

Cover crop acres planted behind wheat with the air-seeder typically include 6-8 different species, with the goal of improving soil quality and breaking disease cycles.

The seeding rate depends on the species combination in the mix. Typically, Neuharth plants between 30 and 40 pounds of cover crop seed per acre. Selection of cover crop plant species is dependent on the herbicide used in the field as well as the crop that will follow the cover crop.

Most of the cover crop species are annuals and kill out with a winter freeze, which can occur anytime after mid-September into the first part of November. If he feels it’s necessary, Neuharth uses a spring herbicide burndown prior to planting his cash crop. Common herbicide selections include atrazine, Roundup and 2,4-D.

In recent years, if his cover crop fall growth is significant, Neuharth has brought in cattle and other livestock to graze fields. The success of the practice is leading Neuharth to partner with a neighbor to develop his own herd of red angus cows he can use for grazing.

“We use polywire and Gallagher electric fence chargers so we rotate cattle through the field one section at a time,” Neuharth says. “As long as my soil quality is high, I don’t have soil compaction issues resulting from the hoof action.

“I monitor the cattle carefully, at least every couple of days if not daily, to make sure they don’t take too much forage off and they’re not in any area of the field long enough to cause compaction.”

About 3 years ago, Neuharth started exploring his options for full-season cover crops on some fields by selecting a few acres of different fields and planting a cover in spring, and allowing it to grow throughout the season.

His first full-season cover-crop fields were located close to water sources so he could bring cattle in toward fall and extend the grazing season. His plan is to expand the practice as he identifies satisfactory cover crop mixes and grazing strategies.

“Bringing the cattle in helps put the cover crop on the ground faster, providing the litter we want for both soil cover and soil organic matter,” Neuharth says. “We also see the benefit of insects like dung beetles that quickly incorporate manure into the soil, as well as the fertilizer provided by the cattle manure and urine. I hoped to expand on that practice in upcoming years.”

Part of Neuharth’s expansion plan for use of the livestock on full-season cover crops includes installation of water pipelines in current crop land that will allow him to supply water to cattle grazing there.

He’s currently searching for a cost-share program that will help him with funding the pipeline on cropland.