Eugene Gilson Keeton, inventor of the Keeton Seed Firmer and other groundbreaking planter technologies, passed away on Wednesday at the Gateway Medical Center in Clarksville, Tenn. He was 88.

Keeton was born on March 2, 1926 in Monticello, Ky., to the late Guy Keeton and Olga Roberts Keeton. He served in the U.S. Navy during WWII and owned a family farm with his father and brothers in Wayne County and later in Todd County, Ky.

He was an inventor and was recognized by the Kentucky House of Representatives for his contributions to the global agricultural community.

Eugene also served as a director of United Southern Bank for 28 years. He was a member of First Baptist Church of Clarksville, where he was active in his loving Sunday School Class. He and Evelyn were longtime members of Town and Country Club of Todd County.

No-Till Farmer editors last caught up with Keeton in 2011, as we visited with him and row-cleaner inventor Howard Martin as the 50th anniversary of no-till practices in the U.S. approached. Keeton and Martin were featured in the special anniversary edition of No-Till Farmer’s Conservation Tillage Guide. 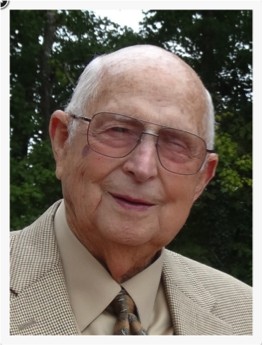 The seed firmer has dominated the No-Till Product of the Year Award for planter/drill attachments, winning the top prize in this category in 2014 for the sixth year in a row. This annual competition is decided through voting by No-Till Farmer readers.

Keeton first invented the John Deere finger-pickup technology for corn and Kinze brush meters for soybeans. He then invented the seed firmer in the 1990s, as improvements in no-till equipment were picking up steam.

While seed depth, proper germination and stands had been linked together, even the best-maintained planters could still have depth variations. Made of a thin piece of poly, the seed firmers were made to slide down the seed trench, trapping seeds as they exit the seed tube and firming them into the bottom of the furrow.

The Keeton seed firmer many growers know today started from steel cable, and Martin’s farm was the location of one of the first experiments.

Keeton and Martin spent one summer on Martin’s farm, testing the results of how row cleaners and closing wheels affected stands. In May 1993, Eugene showed up at Martin’s farm with some steel cable and a roll of duct tape, wanting to use it on Martin’s planter.

“It was May 25 and we hadn’t planted any grain,” Martin says. “So we taped her up and then Eugene gets the units down in the ground. I put some old row cleaner wheels on the back, and away we go.

“You remember the day we had just a piece of the planter?” Martin asked Keeton in a 2011 interview. “We didn’t even have a closing-wheel frame and we had no closing wheels on it. We drug that cable over and had a few seeds in the hopper and I remember that all we wanted to see was if it was pushing them down?

“Well, lo and behold, it did not rain after that. By July, there was only a little moisture in the ground. But we came back in a week and here’s a complete stand of soybeans without the furrow closed, without a rain, just because they’d been pushed down in that moisture.”

The initial challenge for Keeton was to turn his concept into something he could make, with the right materials. His first attempt was a gristle- or paint-type brush that would push seeds in the ground, but that didn’t work. He next tried copper tubing and aircraft cable.

Then he hooked up with someone at a plastics plant in Illinois to find the right kind of compound, which stood up to several days of tests in dirt, gravel and sand back at his Kentucky farm.

The next step for Keeton was to find an interested manufacturer. Someone at Kinze told him about planter trials held every year in central Illinois, often starting at Gregg Sauder’s farm — where Precision Planting is now located.

“I told Gregg I’m working on something that has more potential to get a good stand of corn than anything I’ve ever seen,” he says.

At the time, tests were beginning on firming devices. A few days after dropping off a few seed firmers at Sauder’s farm, Keeton called him to ask how they worked. Sauder said Keeton’s invention let him finish planting some wet fields that had been plugging up his firming wheels.

Keeton struck a deal with Sauder to manufacture the seed firmers and sell them in the U.S., Canada and Australia.

Keeton Seed Firmer Gets Nod As Top Product Of 2009