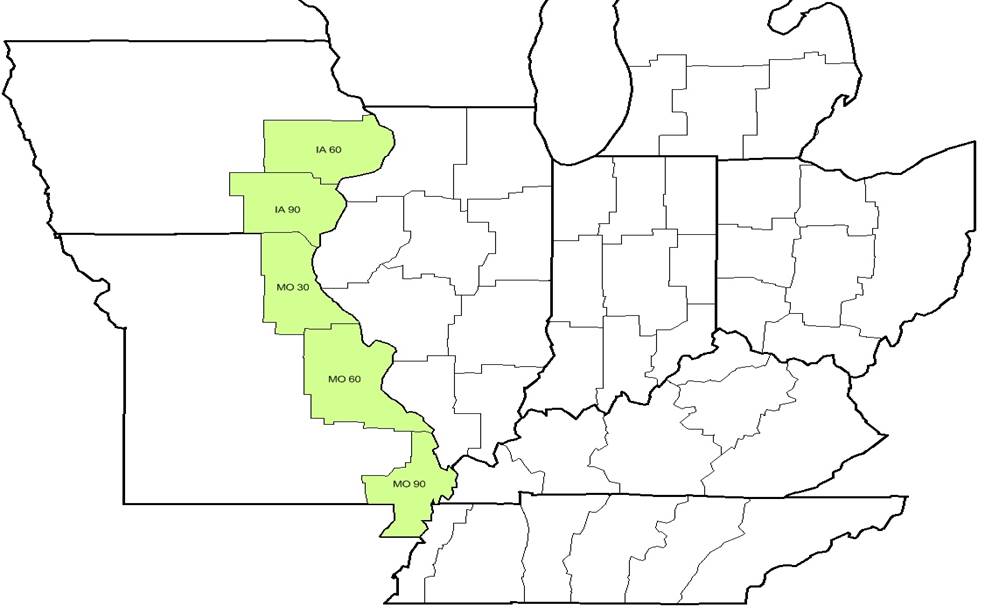 Beck’s marketing area also includes Indiana, Illinois, Ohio and southern Michigan, as well as the western two-thirds of Kentucky and Tennessee. With the Iowa and Missouri expansion, more than 8 million acres of corn, soybeans and wheat has been added to the family-owned company’s marketing area.

Over the last few years, Beck’s Hybrids has experienced significant growth with new sales territories, new facility locations and new employees. Beck’s currently has a number of dedicated dealers and seed advisors in the expanded territory and is committed to adding more employees to continue providing farmers with localized service. The company will utilize its Illinois facilities in El Paso, Pontiac, Downs and Neoga to support seed distribution and customer service.

In addition, Beck’s recently purchased a seed facility near Marshalltown, Iowa. The former Ottilie Seed Farm will initially serve as a research station for Beck’s corn breeding and testing program. Future plans for the facility include seed storage, distribution and seed processing.

Prior to this expansion, Beck’s Hybrids has been developing and testing products for several years in Iowa and Missouri. Along with current testing, Beck’s proprietary Choice Trials is a research program that provides farmers with more products tailored for their specific growing conditions.

Beck’s also plans to introduce Practical Farm Research (PFR) to Iowa and Missouri farmers through its network of PFR sites and PFR Partner program. These studies include testing different management practices and new technologies to determine how they perform in varying field environments.