There have been confirmed populations of Palmer amaranth in thirteen counties in the state of Indiana as of June 26, 2013.

These counties are no longer confined to just northwestern Indian as reported last fall and earlier this spring. We have recently confirmed populations in Adams and Henry counties on the eastern side of the state as well as Clay County in western Indiana.

Counties in red have been confirmed to have populations of Palmer amaranth present within the county. (As of 6/26/13) 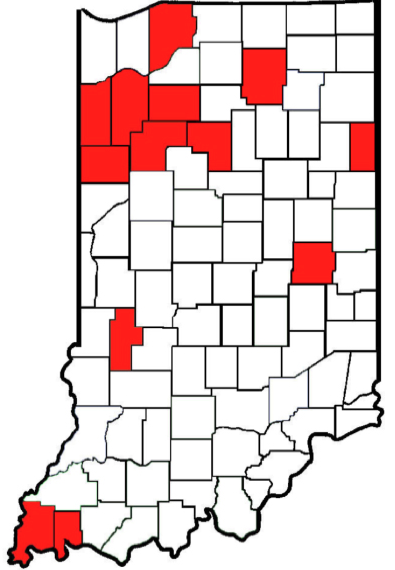