On August 10, 2012, the U.S. Department of Agriculture (USDA) released its first estimates of 2012 corn and soybean yields on a state level.

The lowest corn and soybean yields are located in or near the Midwest. Southern and eastern seaboard states have relatively higher yields. 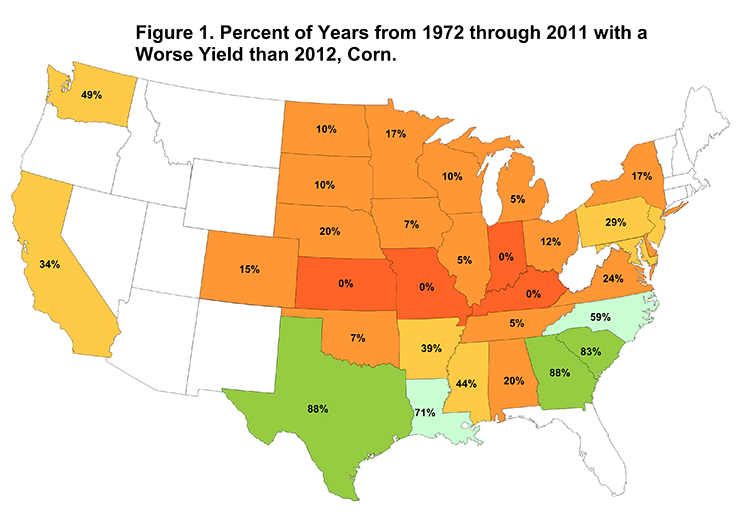 Figure 1 shows a map giving a percentage for each state that USDA reported a yield in its August 10th report.

States in the southern U.S. and along the eastern seaboard are projected to have relatively good yields. These states include Texas (88%), Georgia (88%), South Carolina (83%), Louisiana (71%) and Virginia (59%). 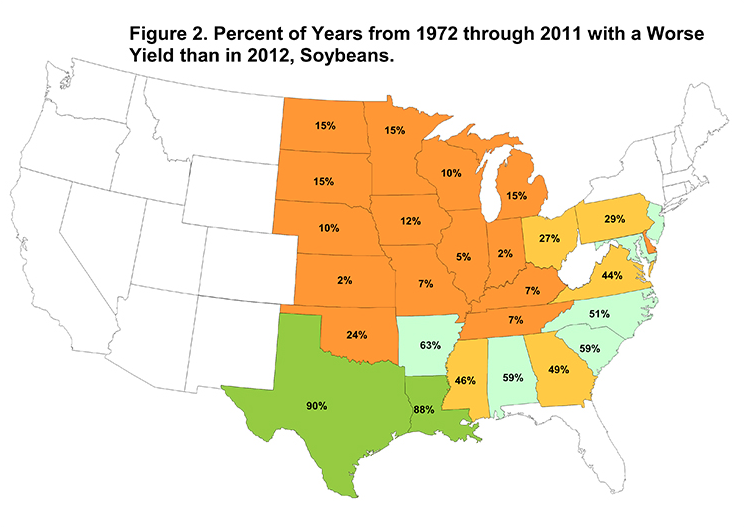 Similar to corn, low soybean yields are located in the Midwest (see Figure 2).

Both Indiana and Kansas only have 2% of the years with larger negative deviations than 2012. Illinois has 5% of yields below 2012 yields while Kentucky, Missouri, and Tennessee have 7% of years below 2012.

Summary
Low yields are concentrated around the Midwest. Southern states and eastern seaboard states did not have a poor of a production year as the Midwest.