Planting cover crops at the right time is a key driver of cover crop productivity. This August and September, a University of Nebraska-Lincoln led team tested establishment of cereal rye and a cover crop mix in 29 corn fields using a Highboy Interseeder. Read more about the project’s collaborators and goals here.

As part of the project, we wanted to assess how well cover crops established using broadcast late-season interseeding. Broadcast seeds, especially without irrigation, usually have lower stand counts and more uneven stands than drilled seeds. We measured cover crop establishment by counting plants and calculating the percentage of dropped seeds that resulted in a plant.

In October 2022, we visited 19 of the 29 fields that were planted with the highboy interseeder. We took 10 random samples in each field. For each sample, we counted all cover crops growing within a 2-by-1-foot frame. We then calculated the percentage of seeds that emerged by dividing the number of plants with the pure, live cover crop seeding rate per square foot and multiplying by 100. An analysis of variance was then carried out to determine whether the rye and mix cover crops emerged at the same rate, what factor irrigation played in cover crop emergence, and whether stand counts varied between fields. 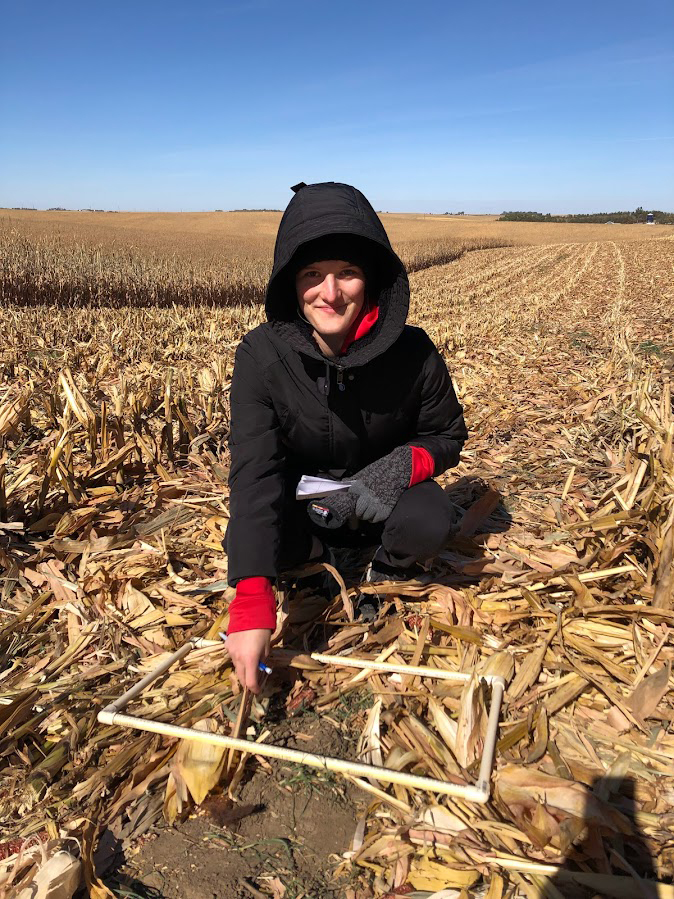 Taking a sample consists of counting all cover crops growing within a 2-by-1-foot frame laid perpendicular to the corn rows. SOURCE: University of Nebraska-Lincoln 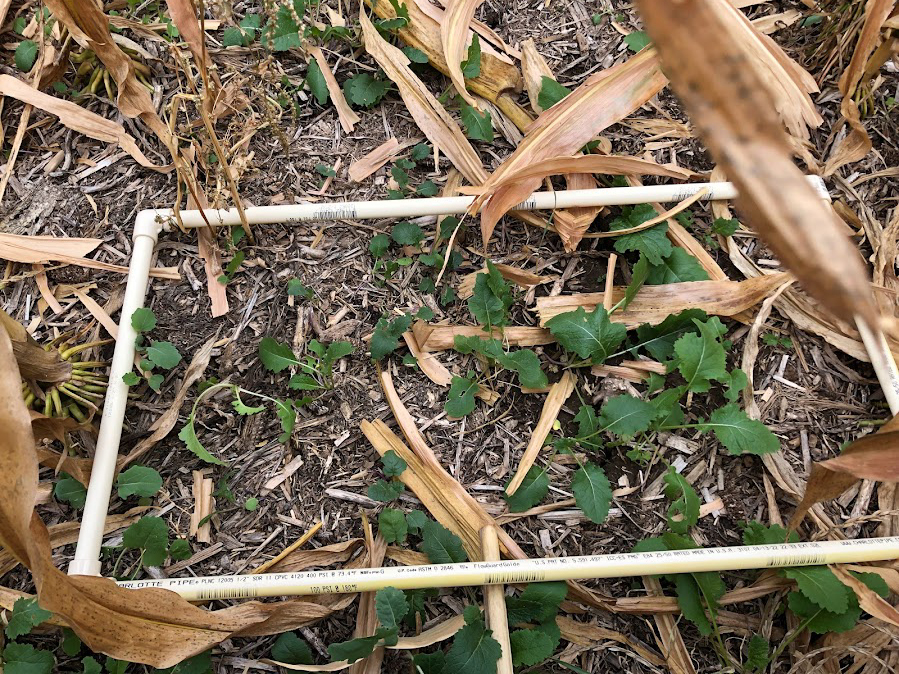 Brassicas (rapeseed and turnip) in a field on Oct. 12. SOURCE: University of Nebraska-Lincoln

In most fields, the cover crop emerged unevenly, where in some areas of a field almost 100% of the seed emerged, and in other areas no plants were found. This is likely due to differences in corn growth, slopes or possibly the broadcast equipment itself. The high variability in stand counts is probably also the reason why we did not see a statistically significant difference between the irrigated and the rainfed fields. Next year, we will collect more samples per field and sample more rainfed fields to reduce variability in our statistical analysis.

Broadcast interseeding cover crops in a drought year is a challenge. While we are cautiously optimistic about the overall emergence and stand counts, winter and early spring precipitation will determine cover crop productivity next spring.