The No-Till Innovators program has recognized more than 100 farmers, businesses and organizations who have made a major impact on the growth of no-till over the years. Five members of the distinguished group shared the ups and downs from their journey during a panel discussion at the 2022 National No-Tillage Conference in Louisville, Ky.

Q: When did you start practicing no-till?

Ray: June of 1986. I took a picture when we started, so I know that date well. After 5 years of renting drills and no-tilling into cover crops, my dad said, “I think we can afford to buy a drill.” We bought a John Deere drill. Then we went 100% no-till soybeans, and slowly converted to 100% no-till corn. 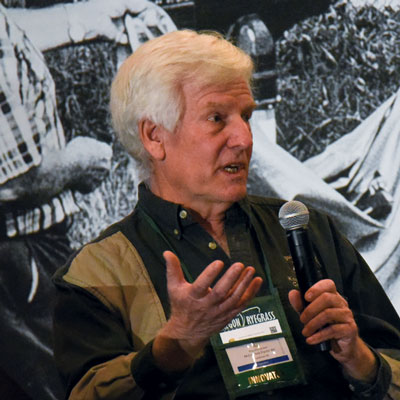 Jim: I can beat Ray by one year. 1985 was the first year I attempted no-till. I would say it probably took me 7 years until I really decided to pursue it and updated some equipment.

John: My first attempt was in 1966. It wasn’t pure no-till. It was what we called fallow-till. My neighbors told me, “Your grandaddy would roll over in his grave if he knew you weren’t plowing that corn.” That bothered me because I thought to myself, “Am I destroying the farm?” But we had success with it — 150 bushels of corn on ground that normally would produce about 100 bushels.

Phil: I came to this country as an agronomist (from England) in 1989. I worked very closely with no-till wheat in the early 1990s, with the University of Kentucky. There were a lot of challenges to make no-till wheat successful in the state. When I came over, the state yield was around 40 bushels per acre. It now hovers between 75 and 85.

Q: What kind of dollar value per acre do you put on no-till?

Ray: You know, I can’t stand that question. People ask that question all the time, but money isn’t the motivation. The motivation is taking care of the land. It’s this inner burning desire that we have a responsibility to keep our topsoil out of the gulf. What kind of country is this going to be when our topsoil, in another 50 years, is completely gone?

Yes, I make a lot of money, but that’s not the highest priority. I cut my costs down by sequestering topsoil that other people have lost in the river bottoms. I make money by building fertility with cover crops. On my farms, deer are an asset. My landlords love to hunt deer. There are many ways I make a profit: building wetlands, moving dirt, duck hunting. 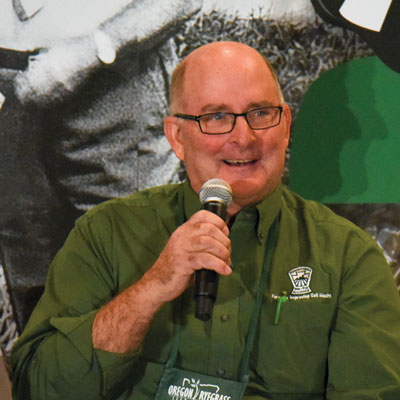 Jim: I too find that to be a very difficult answer, because how do you measure the amount of water you save by increasing water infiltration rates with no-till? No-till doesn’t work very well by itself. You need to have a cover crop in the program, which produces a certain amount of nitrogen (N) for the cash crop. You don’t always know what the dollar amount is, but I do know that we have reduced our N rates and herbicide rates. When you add that all up, the dollars start adding up.

Q: What was your biggest mistake?

Ray: This is going to take the rest of the day (to answer this question). I’ve made mistakes every year. But there’s a commonality in this crowd. You’re innovators and risk takers. If you can’t accept failure, you may be in the wrong conference.

One of the biggest mistakes was last year. We were cutting haylage. I tried to jump the gun and no-till non-GMO corn into that stubble. I thought, “I’ll get it burned down with Roundup before it ever comes out of the ground.” It shot out of the ground…it devastated the yields on that corn.

This year I learned from my mistake. We cut haylage, let it grow back for a week, sprayed it with Roundup and waited 2 days before planting into it. It was the highest yield corn ever on those fields. 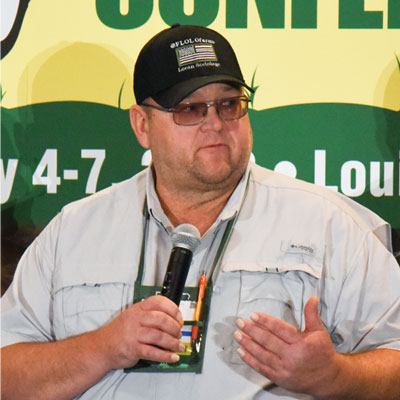 Loran: Where do you want me to start? Probably the biggest thing I learned is every time I try to rely on somebody else to do my work, something goes wrong. I’m an attention-to-details kind of guy. Everything else in my life, I let my wife handle. But in the field, if I let somebody else run one of my tests, I can almost guarantee it’s a failure anymore.

John: The biggest mistake I made was not having patience and planting too wet. Too early, too wet, too anxious. I’ve worked in about 40 states and 14 countries. That’s the number one mistake I see, people not having patience. Not just when they plant, but throughout the whole season. 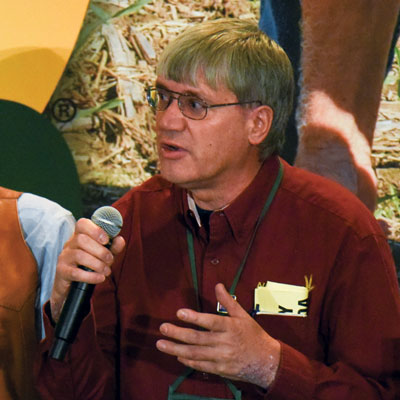 Phil: Guys, if you’re not making mistakes, you’re not making progress. If all you’re doing is operating a no-till drill, air seeder or planter, that’s where you’ve got to start. You need to get that equipment set up to do the best job.

Q: Where do you see your operation in 5-10 years and what kind of changes or improvements would you like to make?

We have five coal-fired power plants in my area. Those are the hubs of solar distribution, so it’s a land race right now to sign up farmers to go solar. I’m working with the largest solar companies in the country, designing solar farms so we can grow crops under them. We’ll be grazing sheep. We’ll have chickens. We’ll be growing watermelons, cantaloupes and every kind of produce you can think of along with solar panels.

“The motivation is taking care of the land. Yes, I make a lot of money, but that’s not the highest priority…”

Loran: My youngest daughter just got married to a young gentleman who is a very strong conventional farmer. Now the challenge I’m facing, but also enjoy, is learning how to talk to the conventional farmer better. I’m focused on that because the in-laws are very good, strong farmers. I don’t ever want to come across like I’m cutting down what they’re doing. But I also know if the son-in-law’s family is going to farm our land eventually, it’s going to be farmed my way until I die. The conversations are very interesting, I guess I’ll put it that way.

Jim: I’ll echo some of what Loran said. I’m at the age now where I’m looking to cut back and have the younger generation pick things up.

One thing we’ve been trying to make work is cover crop interseeding. Unfortunately for us folks in southeast Pennsylvania it hasn’t been very successful. But I would really like to see a more robust cover crop going into the winter.

Phil: Tile drainage for us is a must. The intensity of rainfall that we keep getting here in Kentucky appears to be increasing. If you tile a field on 40-foot centers and you look at a yield map if you’re going across the tile lines, you can see the waves and you can see the visible differences with drainage. Tile drainage is essential with our soils and rainfall. 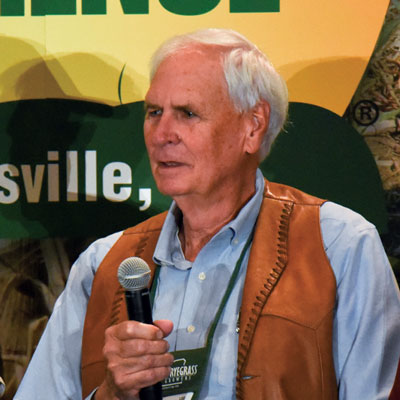 John: At my age and stage in life, we’ve given up probably 30% of our overall operation in the last couple of years. We have tried to hire labor and offered way more than it’s worth. We hired some people, but they have not worked out. Nobody wants to work anymore in my area. My wife and I are just doing what we can, so we’re not expanding. We’re contracting down to what we can manage, enjoy and feel comfortable with.

Q: What will it take to get more farmers to switch to no-till, cover crops and regenerative agriculture?

Ray: If I knew the answer to that I wouldn’t have been giving these talks for 30-40 years. But it all goes back to your area. You need to have field days and communicate what works best in your area so those farmers can be successful and not make all the mistakes I have.

Jim: I feel like I’m preaching to the choir, but for a lot of people, it might just take regulations. No one likes it, but it’s really heading in that direction at a rapid pace, and I don’t want to see that happen. Whatever we can do to get ahead of the curve, would be to everyone’s benefit. Let’s get out there and talk to our neighbors. Show them what’s working for us and what isn’t.