Xyway™ LFR® (flutriafol) is a surface band or in-furrow fungicide applied at planting. The product is advertised as offering season-long control of foliar diseases in corn. Several producers in Nebraska evaluated Xyway™ LFR® fungicide in 2021, conducting a total of eight on-farm trials. Producers were interested in Xyway™ LFR® as an alternative to mid-season foliar fungicide applications, particularly where aerial applications are restricted or infeasible.

Trials were conducted by applying field-length strips with Xyway™ LFR® and comparing to strips without the product. The treatments were randomized and each site had a minimum of three replications. Data was collected to determine crop emergence (four sites), early-season stand counts, disease severity (two sites), yield, and marginal net return. Details of site location, planting date, irrigation, starter fertilizer used, and Xyway™ LFR® application method are available in the table below.

Ron Makovicka and his son, Brad, farm in York County and have been conducting on-farm research in their operation since 1998. They got involved in the Nebraska On-Farm Research Network through their local extension educator when they started questioning new products that were coming out on the market. This past year, Xyway™ LFR® was one of the products they were interested in learning more about. The Makovickas farm ground in a difficult to fly zone and were hoping that this product would be the solution they were looking for to prevent foliar diseases.

Ron appreciates being able to work with his local extension educator, Jenny Rees, to test products on his operation.

“That’s the best thing about having on-farm research, is the simple fact that you get to do it on a small scale,” Ron explained.

Overall, disease pressure was low in 2021. Because of this, disease severity was only recorded for two of the eight sites. The use of Xyway™ LFR® did not result in a difference in southern rust disease severity; however, grey leaf spot lesions were found to be held lower in the canopy in the Xyway™ LFR®-treated plots at one site.

Ron noted that it happened to be a year where they didn’t have much disease pressure but mentioned, “there might be one year where diseases will cost you more than what it costs to apply it [Xyway™ LFR®] over the years.” To some farmers, the opportunity to reduce the risk of yield loss from severe disease is worth the cost of applying the product each year.

For the Makovickas, there were no statistical differences in yield, stand count or disease ratings between the Xyway™ LFR® and the check. While there was not a clear benefit to using Xyway™ LFR® on their operation this year, there also wasn’t a detriment and conditions weren’t optimal with a dry summer and low disease pressure. This points to an opportunity to test the product again in different growing conditions. 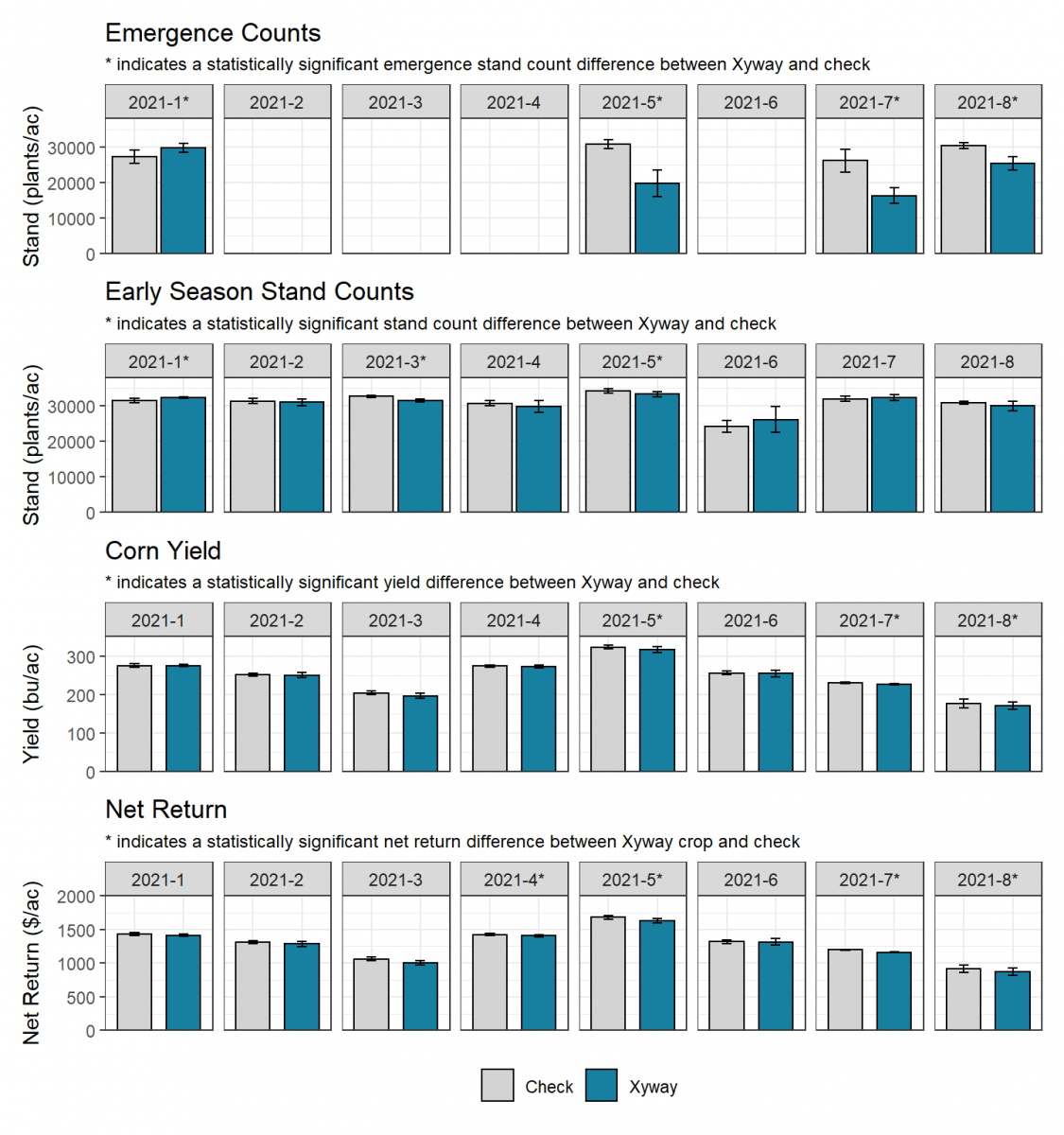 When to Consider Foliar Fungicide Applications on Corn