Two ‘founding fathers’ were instrumental in setting the stage for no-tillage, yet never got to see it in practice before their deaths. 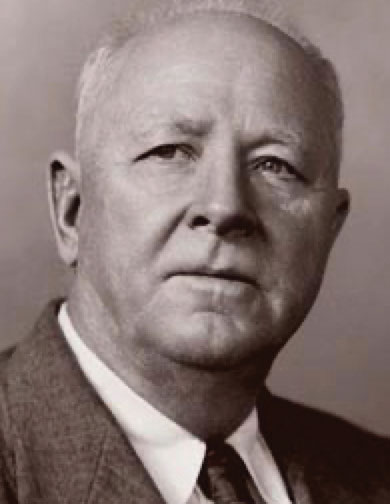 After graduation from the University of North Carolina in 1903, H.H. Bennett’s first job was as a soil surveyor, and it wasn’t long before he realized soil erosion was a dire problem. It’s been said that he found his mission in the ignorance of a 1909 Bureau of Soils announcement: “The soil is the one indestructible, immutable asset that the nation possesses. It is the one resource that cannot be exhausted; that cannot be used up.”

By the 1920s, Bennett was actively writing about soil erosion, including his most famous work, Soil Erosion: A National Menace, a USDA bulletin he co-authored in 1928. His soil erosion writings were prolific, with articles appearing in popular and scientific journals, including Country Gentleman and Scientific Monthly.

In 1933, he was named director of the newly formed Soil Erosion Service with a mission to address dust storms via farming reform.

Bennett was known as one who “combined science with showmanship” to convince the nation that soil erosion was a dire problem that deserved attention at the highest national level. He was very gifted and capable of inspiring all types of audiences, whether he was speaking at soil conservation gatherings, at farm-field demonstrations or for academics or elected officials.

“His travels around the country and studies provided grist for his articles and talks,” said the NRCS. “He succeeded in arousing national attention where others had failed.”

In 1934, Bennett delivered a highly publicized testimony on soil conservation. With a dust storm traveling from the bare fields of the Great Plains all the way to Washington, D.C., Bennett stalled his testimony until the dust clouds darkened the sky over the U.S. Capitol. The Senate unanimously passed legislation to create the Soil Conservation Service (SCS, now NRCS), a permanent agency under USDA.

He remained the head of the SCS until he retired in 1951. Known as the “father of soil conservation,” Bennett was a charter USDA Hall of Heroes inductee in 2000.

“What would the feeling be ... should a foreign nation suddenly enter the U.S. and destroy 90,000 acres of land, as erosion has been allowed to do in a single county?”

— Bennett’s 1928 USDA Bulletin “Soil Erosion: A National Menace.” See www.no-tillhistory.com/Bennettquotes for our favorite words from the father of soil conservation. 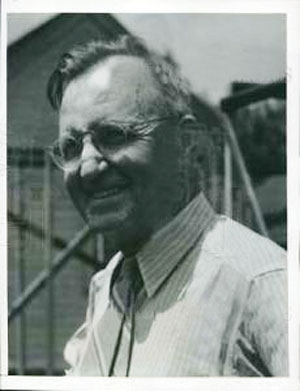 A product of a Kentucky hill farm, Edward H. Faulkner had worked as an ag agent in the upper Ohio and Erie basins. After witnessing the soil being “worn-out,” Faulkner become obsessed with what he called a “problem vital to Man’s survival on this planet.” His searches, observations and experimentations resulted in new ways to think about, and care for, soils. It’s been said that his stroke of genius was to question the use of the plow. The then-Ohio resident did just that, picking a fight with the plow and those who used it.

He wasted no time getting to his point in his 1943 seminal book, Plowman’s Folly. The fifth sentence boldly states: “The truth is that no one has ever advanced a scientific reason for plowing.”

He was described in a 2007 paper by Zachary Jack as “an Appalachian-born contrarian sticking it to the USDA that once had paid his salary as a Smith-Hughes teacher of agriculture and a county extension agent in Kentucky and Ohio.”

While Faulkner is regarded as among the first true conservationists today, his ideas
were thought “mad” by his contemporaries. Yet he soon became a cultural, not just an ag, hero.

Reviews of his work at the time, which was at the apex of World War II no less, included Time: “One of the most revolutionary ideas in agricultural history” and Reader’s Digest: “No book on an agricultural subject has ever prompted so much discussion in this country.”

“We didn’t pay attention” admitted scientists after his death in 1964, “and we should have.”

Yet, outside of no-tillage circles, Faulkner’s fame has largely been forgotten. Some wrongly predicted Faulkner would one day be “memorialized in stone and bronze.”

But 60 years after Faulkner’s concept took off, NTF is capturing history for posterity. Future articles will explore Faulkner’s explosive rhetoric and the lightning rod debates that followed.

WHY DO FARMERS PLOW?

‘‘The answer to the question, Why do farmers plow? should not be difficult to arrive at. Plowing is almost universal. Farmers like to plow. If they did not get pleasure from seeing the soil turn turtle, knowing the while that by plowing they dispose of trash that would later interfere with planting and cultivation, less plowing might be done. Yet farmers are encouraged to plow. Deep plowing is approved; or, in lieu of deep plowing, farmers are advised to cut deep into the subsoil in every furrow. Such advice comes from farm papers, bulletins, county agents, and a long list of other sources from which farmers commonly welcome suggestions and information. There should be clear-cut scientific reasons to justify a practice so unanimously approved and recommended.’’