By John Dobberstein posted on June 11, 2015 | Posted in Cover Crops

I’ll have to say, the first time I looked at the U.S. Drought Monitor Index map released for June 2, I was shocked. The pockets of orange, yellow and brown indicating extreme drought in Texas, Oklahoma and Kansas, seemingly permanent fixtures, had all but disappeared in a span of 4-6 weeks.

Torrential rains that came last month in the southern Plains probably came too late for the struggling winter wheat crop. And yes, it caused some planting delays for crops like corn and cotton. Some growers were unable to plant at all this spring and will need to rely, again, on crop insurance.

But these rains also gave farmers some opportunity to raise harvestable summer crops for the first time in years. And it’s finally looking more feasible to get some cover on these fields and get soils productive again.

Now is a good time to evaluate how your fields handled these intense rainstorms. While it’s probably not realistic for any soils to handle 100% of these deluges, how much of this rain do you think soaked into your fields vs. running off? What evidence of sheet, gully or rill erosion, or soil surface sealing, are you seeing?

And getting soils covered will reduce the amount of evaporation that occurs. If you’ve been hesitating to try cover crops on your farm, perhaps there’s enough moisture in the soil profile now that some experimentation can begin.

It’s wonderful to see a break in the drought, and the possibilities out there for growers who have some soil moisture to work with now. But farmers should also look down the road a bit, and think about how they can preserve it. 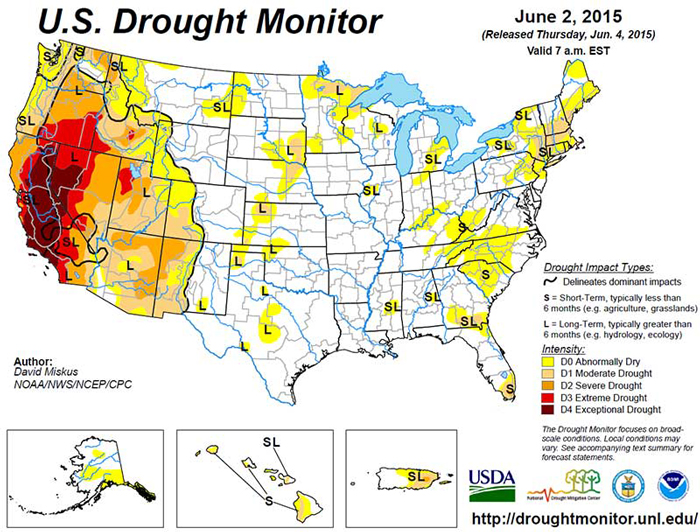