No-Till and The American Kestrel

Crave Brothers Farm is a large dairy operation in Waterloo, Wis., that goes the extra mile in several ways to conserve resources and embrace sustainability. With an on-site anaerobic methane digester, the farm operates on 100% green power plus provides energy for 300 homes in the local community. They collect and recycle wastewater from the operation, and they upcycle the livestock manure into nutrients for the farm as well as bedding for the animals and a line of organic potting soil.

The Crave Brothers began implementing no-till and cover crops several years ago, under the direction of Jordan Crave, the crop and forage manager. At a recent event at the farm, I spoke with Joni Crave, Jordan's mother, who was quite enthusiastic about farm's adoption of no-till. Not only does it align with the sustainability vision of the organization as a whole, she says no-till practices are helping with one of her pet projects: Kestrel restoration.

The kestrel is the smallest species in the falcon family and while they are still relatively common, their numbers have declined significantly — more than 40% — since around the 1970s. Joni has been working with The Kestrel Project on kestrel conservation and says that since switching to no-till, she believes the practices of keeping the soil covered and boosting biological diversity is having a positive affect on the local kestrel population. Here are some thoughts and observations from Joni wanted regarding how no-till appears to be benefitting the kestrels and wildlife in general. — Julia Gerlach

I'm just beginning to recognize the possible benefits and improvements on our land since our farm began no-tilling a couple of years ago.

When I discuss our results with a few members of The Kestrel Partnership program; some key points come to the surface. 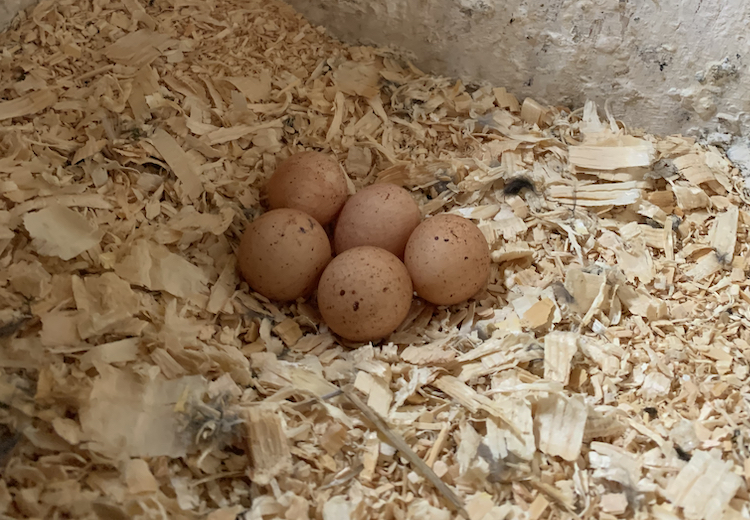 THE BROOD. This group of 5 eggs is a fairly typical clutch at the Crave Brothers Farm, where Joni Crave has been working with The Kestrel Partnership on kestrel conservation. Joni says adopting no-till and covers is providing a good habitat for the kestrels and the food they eat.

Regarding the “no till” program: If we give land owners the information they need to be convinced that this is a very good thing, then why not use all the research available!?

The Madison Audubon Society/Kestrel Partnership programs are in the ongoing process of banding chicks and adult kestrels and there is a study being conducted to analyze the kestrel’s health, status, diet and migratory habits, etc. The results could possibly be a benefit to other groups besides The Madison Audubon Society, as an indicator of environmental health and conservation practices that could be beneficial.