Incorporating cover crops into our cropping systems and moving from conventional tillage to no-till can improve soil organic matter, soil structure, and water and nutrient holding capacity of our soils. These changes in our soils have the potential to reduce environmental degradation from the loss of fertilizers and improve crop yield. Inhibitions to planting cover crops in South Dakota (S.D.) are the short amount of time between harvest and the first killing frost that is available for cover crops to grow and the high seeding rate required to establish an optimal stand when seeds are broadcast planted. Using an interseeder (Figure 1) to plant cover crops overcomes these impediments because the seeds are placed in the soil and not on top after corn and soybean are established enough that cover crops will not decrease yield but before a planter cannot get into the field. This innovative method of planting cover crops lowers seeding rate requirements and increases the time cover crops are growing.

The cover crops farmers’ plant vary extensively from single grass species to mixtures of multiple grass and broadleaf species, depending on weather conditions and the cover crops intended use. The chosen cover crop can influence decomposition of organic N from organic matter into plant available forms of N (process called N mineralization) as cover crops take up water and nutrients and ultimately add organic material to the soil when terminated (McVay et al., 1989; Nielsen and Vigil, 2010; Wortman et al., 2012; Blanco-Canqui et al., 2015). Dominantly grass based cover crop mixtures normally have a greater C:N ratio, which may slow N mineralization initially during the growing season while broadleaf dominant mixes tend to have lower C:N ratios, promoting N mineralization sooner (McVay et al., 1989; Fageria et al., 2005). The amount and timing of N mineralization and availability of other nutrients during the growing season may change based on planted cover crop composition, subsequently influencing the N fertilizer amount required to optimize corn yield and the overall yield of corn and soybean.

Studies conducted at the Southeast Research Farm in Beresford, S.D. and at the USDA-ARS research fields in Brookings, S.D. 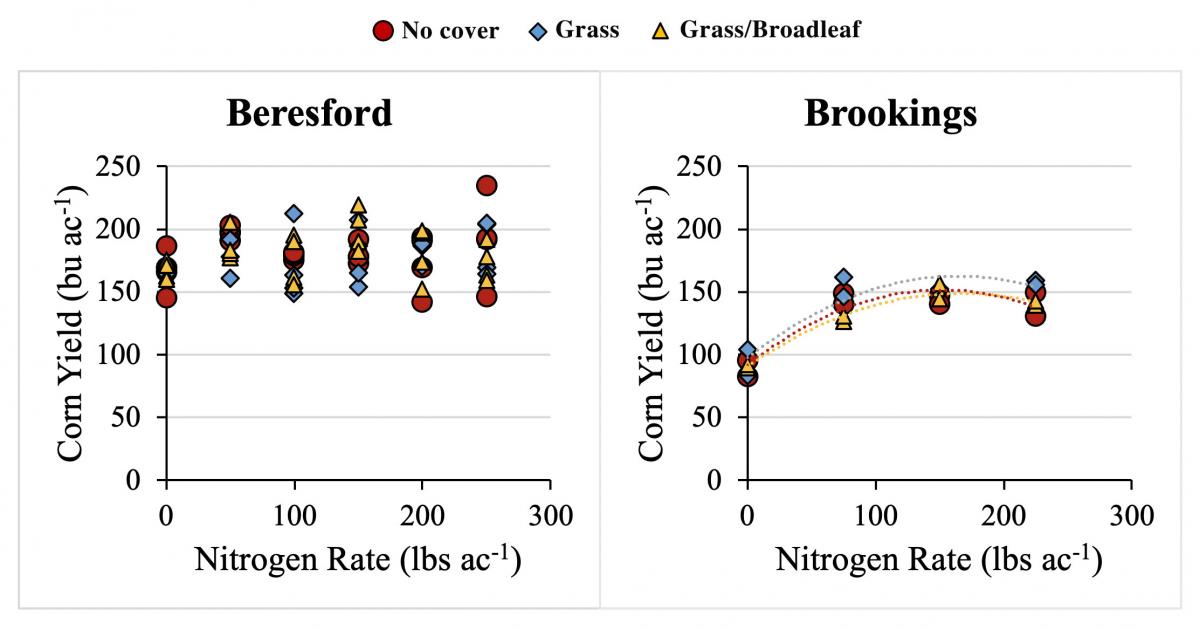 Figure 4. The influence of three cover crop mixtures on soybean yield at Beresford and Brookings, S.D. in 2019.

* The box midline represents the median, the ‘x’ marks the mean, the upper and lower edges of the box represent the 25th to 75th percentiles, the whiskers represent the range, and points outside the range represent outlier points that are >1.5 times away from either end of the box.

If you’re using cover crops, what was your most difficult challenge getting them established? How did you resolve it?

Interseeding Tools Get Cover Crops Off to Faster Start