By Dan Crummett posted on December 31, 2019 | Posted in Seeding & Planting

The effort is an expansion of technology pioneered in Australia under the Aqua-Till name more than a decade ago.

I-Cubed Applications Manager Jeff Martel, who formerly worked at Aqua-Till, has spent the last 12 years of his career working with UHP for agricultural uses, and says when Bunker saw the potential of the technology for ag he wanted to bring such systems to North America.

That interest helped spawn Advanced Agricultural Applications (A-Cubed) in 2014 as a separate arm of I-Cubed, an established firm in industrial robotic water-jet-cutting technology.

“When we realized the potential UHP had for planting in heavy residues without soil disturbance, we wanted to make sure this technology didn’t get hidden and tucked away,” Bunker says. “We’re convinced using UHP on the same ground over a long period can help improve soil health and provide much more accurate fertilizer placement.

“While we’re engineers, we understand things well enough to know if you don’t disturb the cover on the soil, you reduce evaporative moisture losses and improve weed control. Also maintaining undisturbed covers reduces soil erosion in heavy rains and enhances the soil’s biomass.” 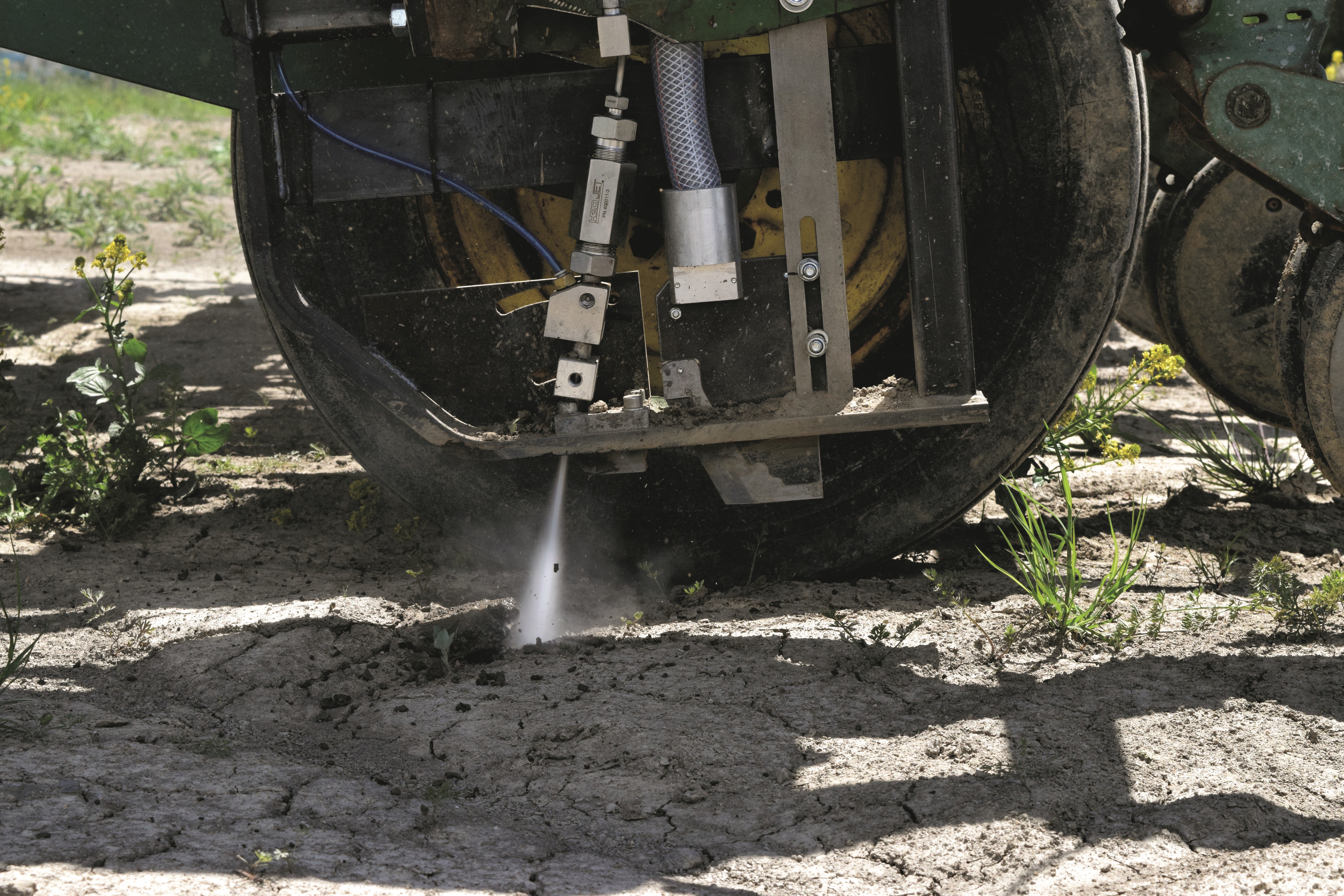 Bunker says using 60,000 psi water jets to cut through even the toughest residue in fields producing GMO crops reduces the need for residue management equipment and can lead to smaller power requirements when pulling large planters. Because the water jet moves at Mach 3 through nozzles ranging from 0.006-0.010 inches, it entrains substantial amounts of air which helps decompact the soil in seedbed preparation.

“It stands to reason if you use this technology over a number of seasons, you’ll see better decomposition of field residue because of increased biological activity,” he says. “Also, our tests running UHP side-by-side with conventional planters show similar soybean stand emergence and yields.”

The company has tested the system in the U.S. and Canada, including one Canadian exercise that saw the system successfully plant in a gravel driveway and adjacent frozen ground. Another test with a 2-row prototype in 2019 successfully planted in a heavy, dry, compacted Texas hard-pan pasture covered with a thick mat of bermudagrass sod. 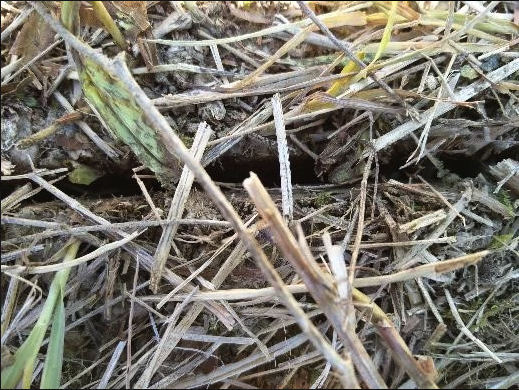 Dave Bunker, founder of I-Cubed, says the ultra-high-pressure water-jet system the company is developing will allow growers to "get in the ground when nothing else will work."

Bunker says the system opens the window for more flexibility in planting because it doesn’t depend on soil moisture levels.

“We have the ability to get in the ground when nothing else will work,” he says. “That would allow planting in the first several days of the 30-day planting window, and we know that makes a difference in crop performance.”

Bunker and Martel say they will be retrofitting a 24-row John Deere planter for the 2020 season, and indicate retrofit kits may be A-Cubed’s preferred product in the future, since neither wants to be in the planter-building business.

“In its most simplistic form, I’d envision a kit for JD7000 planters and various similar machines,” Martel explains. “Such retrofitting would have a similar cost to a residue management system, and it would involve a standard seeder and closing wheel.”

Another step in kit technology would include a specifically-designed ground engaging seed tube to better enable the seed to drop into the very narrow water-jet soil slice, a design already being tested by the company, he says. 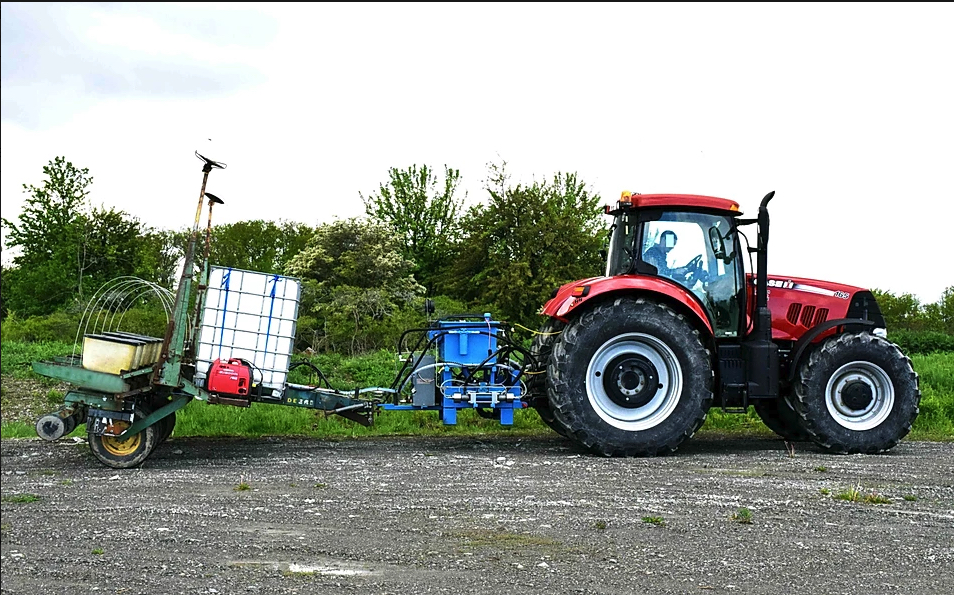 “We see the 24-row planter design as a good place to enter the market with retrofit kits, since it’s a popular size at the higher end of the practical scale for our designs,” Martel says. “On 30-inch rows the hydraulic lines are quite long, so a 24-row planter offers a lot of advantages.”

A-Cube’s system uses a hydraulic intensifier to achieve its high-pressure water unlike the Aqua-Till units of the early 2000s, which used a direct drive piston pump. Intensifiers have several engineering and operational advantages over direct-drive systems.

Martel envisions a system that would include a 200-400 horsepower engine, hydraulic pump and injection water on a cart feeding the planter — which would be carrying the intensifier.