The 23rd Class of No-Till Innovators has supported the rise of no-tilling across the U.S. with their work supporting reduced erosion, better nutrient management and improved soil health.

Three individuals and one organization are being recognized as the 23rd Class of No-Till Innovators for their commitment to the advancement of no-till farming.

Sponsored by Syngenta and No-Till Farmer, the program strives to honor farmers, researchers, businesses and services, and organizations for their work in assisting the growth of no-till practices regardless of the types of crops or equipment used. 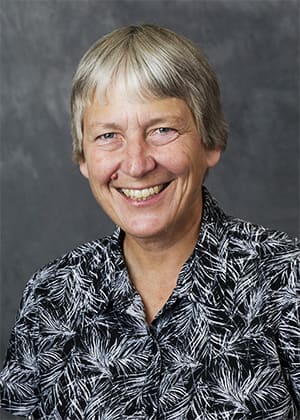 Since 1982, Eileen Kladivko has been a professor of agronomy at Purdue University, teaching both undergraduate and graduate students. Her job entails all three missions of the land-grant university — research, extension and education.

Kladivko first found an interest in no-till while working on her Ph.D. at the University of Wisconsin, where she studied soil science. Her research was related to nitrogen cycling and how it might change in a no-till system in comparison to a conventional-tillage system where plows were used.

Since her Ph.D. work, Kladivko has undertaken broader research on soil physics, soil biology and soil management. The main focus of her research has been on identifying soil management systems that improve environmental quality and promote agricultural sustainability, including:

With MCCC, she is one of the founding members, the state representative for Indiana and an active member of the executive committee. She helped lead the development of a web-based cover crop selector tool and cover crop field guide, organized the hosting of two annual meetings (2008 and 2012) and assisted with strategic plan development.

CCSI is a part of the work of the Indiana Conservation Partnership and was created to educate farmers, conservation agencies and crop advisors about no-till, cover crops and nutrient management systems. Kladivko is the Purdue representative on the oversight committee of CCSI which works to help guide the initiative and specifically what the agronomists are doing.

“I’ve worked with conservation farmers, the NRCS and Purdue University Extension. All of us are working to help educate other farmers and get them to adopt conservation cropping systems successfully.”

Kladivko is known for her willingness to “get in the dirt” to help growers see what’s happening in their fields, and her ability to communicate with farmers successfully. She’s served on a number of peer-reviewed panels for national and regional grant programs, is an active member of numerous professional and honorary societies, and has spoken at a number of events and field days, including the National No-Tillage Conference.

Kladivko has been a visiting scientist at the USDA’s National Laboratory for Agriculture and the Environment in Iowa; the Commonwealth Scientific and Industrial Research Organization (CSIRO) Land and Water in Australia, and the Agricultural University in Warsaw, Poland.

“I’m honored to be recognized for my contribution, but I wouldn’t be able to make those contributions without all these other people and organizations that I’ve been working with along the way,” Kladivko says. “It’s been great to have all these progressive, forward-looking, enthusiastic, committed people to work with.” 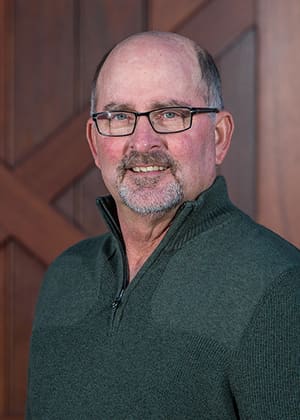 Hershey, with his wife Shirl and children Marc and Crystal, own and operate 600 acres in Elizabethtown, Pa., and also rent and manage 350 acres in Ohio. On their farm in Pennsylvania they produce 1.7 million broiler chickens and 6,500 head of wean-to-finish hogs annually. They also no-till corn, wheat, soybeans and cover crops.

Hershey has been practicing no-till for more than 30 years and cover cropping with a number of different species for at least 15 years. He first started to experiment with no-till in 1992 on about 30 acres of land, and by 1998 he was 100% no-till.

When Hershey first started, he received many questions about no-till from growers and retailers. He answered them by sharing his own successes and confidence in the practice. “I’ve made myself available 24 hours a day, 7 days a week to further the advancement of no-till farming,” he says.

Five years ago, he has transitioned into planting green on his corn and soybean acres using Dawn ZRX rollers attached to his Case IH 1240 corn planter. This method allowed him to manage his cover, reduce herbicide rates, increase water infiltration and improve soil structure and biology.

In recent years, Hershey and his crop manager Brian Zimmerman designed and are manufacturing CoverCrop interseeders which are now being sold commercially throughout the U.S. under the BZ Manufacturing Division of Hershey Farms.

While having received numerous awards and honors and being a part of many organizations, Hershey’s work with the Pennsylvania No-Till Alliance is seen as one of his greatest contributions to the advancement of no-till and soil health. Not only is he a founding member but he’s also been president of the Alliance for the last 8 years.

Hershey is known for being active in his community and has hosted numerous events on his farm including field days, tours, DEP and EPA events, and NRCS training sessions. He will also be hosting the 2019 Pennsylvania No-Till Alliance Summer Field Day.

In addition to being a speaker at the National No-Tillage Conference, Hershey has been a participant in the 2012 No-Till Innovator Awards when the Pennsylvania No-Till Alliance was a recipient. His work shows a passion for improving soil health and productivity for future generations. 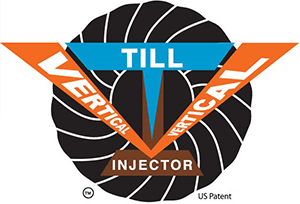 Within the ag industry, Phil Reed has been recognized as someone who’s willing to help educate other farmers about no-till and get them started in the practice.

This passion for no-till helped him create the Vertical Till Injector (VTI), a device that helps growers inject manure into the ground without giving up the soil-saving benefits of no-till.

The creation of the VTI came out of frustrations many growers were having with standard injectors that disturbed too much soil and residue as they deposited manure.

Patented in December 2010, the VTI includes a toolbar and in-line row units that inject manure 6-8 inches below the soil surface, leaving virtually no disruption to the soil and vastly reducing nutrient runoff and odor.

Reed’s invention was a huge contribution to the industry, allowing farmers to do more with manure while protecting the environment and altering their residue levels. “It’s been a great thing for no-till because you rarely see any kind of track at all that the VTI has made,” he says.

Farming 1,700 acres of corn and soybean, 90% of Reed’s farm is no-tilled. But in his area, Reed says he’d be surprised if even 50% of the farmers are no-tilling.

“I don’t know how these people don’t see the advantages of no-till,” he says. “They sit out there for hours and hours and till their fields, and we just leave ours to sit all winter long, and then pull in with the planter in spring and plant it. Our yields are as much as 10% better than their yields.”

Reed’s farm is part of a family farming operation that started in 1949 with Reed taking over after his father passed away. He currently farms with his two sons and plans on having them take over the farm when he retires. Reed also transports about 20 million gallons of manure a year via a custom manure-hauling business.

Reed decided to try no-till in 1985 after having an unusually wet fall that prevented him from doing field operations. By 1986 he found success with the practice, which has helped him triple the number of acres he farms.

Reed has had success on his farm due to his pursuit of continued education on the practice. He’s traveled to various no-till field tours and taken what he learns back to his operation. He’s also exchanged information with some people in his area.

“You need to be committed to it and make all the right adjustments to your planting equipment to make no-till work,” Reed says.

Reed continues to educate and promote the VTI and no-till practices through the numerous events he attends.

At trade shows he demonstrates the unit and he’s given several speeches at meetings, including being asked to speak at the 2019 National No-Till Conference. Reed also hosted a large field day, Washington Field Day, in summer 2017.

“We’ve profited greatly from no-till. No-till isn’t really about the pocketbook. It’s about conserving your soil for generations to come,” Reed says.

Started in 1988, the Colorado Conservation Tillage Assn. (CCTA) was originally a minimum-tillage/conservation-tillage organization working to keep wind and water erosion at a minimum.

With better herbicides, CCTA has become a no-till organization for the High Plains region of the U.S., promoting no-till practices in western Nebraska, western Kansas, Texas and the Oklahoma panhandles.

The organization also does work to promote no-till in New Mexico, an area that sees only 13-22 inches of annual precipitation.

CCTA is dedicated to the replacement of fallow acres and replacing wheat/fallow/wheat crop rotations with either cash specialty crops or grazing crops. CCTA works with landowners to promote continuous no-till and the use of cover crops or specialty crops to keep living roots in the soil year round.

The loss of soil and nutrients from wind erosion is preventable, and the organization is working to educate the region in keeping the ground covered and no-tilled.

Having been working with no-till for about 30 years and running with 1,600 members currently, the organization tries to reach a number of producers for workshops with topics that include drought grazing, fire recovery and proper sprayer/chemical management.

There are also workshops from Phil Needham on growing better no-tilled wheat and Josh Dukart on holistic land management.

Each year the organization plans a regional conference to further educate. It also regularly collaborates with other organizations, including No-Till on the Plains which it partnered with to promote no-till and conservation practices hosted on farms across the region.

CCTA also offers a resource journal for all members to utilize.

“Knowledge is power, and we think that by making information available we are here to better our community,” says CCTA president and Almena, Kan., no-tiller Michael Thompson.