It is widely distributed and an important weed of winter wheat throughout the USA. Italian ryegrass is competitive with winter wheat for water, nutrients, space, and light, resulting in substantial reductions in yield and grain quality when not adequately controlled. In a study conducted in western Oregon in the early 1970s, winter wheat yield was reduced by as much as 61% when Italian ryegrass density reached 9 plants/ft2.

Italian ryegrass is a prolific seed producer, capable of producing several thousand seeds per plant. Plants readily outcross, which results in large genetic variability that has contributed to the extensive development of herbicide-resistant biotypes.

These results were similar to those from a very similar study conducted the previous year titled, Evaluation of application timings with Zidua® for the control of Italian ryegrass in winter wheat (pdf), except that in the previous study, postemergence applications made in the spring when wheat was tillering were not as effective as they were in 2018.

Pyroxasulfone (Zidua and Anthem Flex) can provide effective control of Italian ryegrass in wheat, but growers should use the maximum labeled rate preplant or preemergence, and consider coming back early postemergence to apply additional product if allowed by the label. 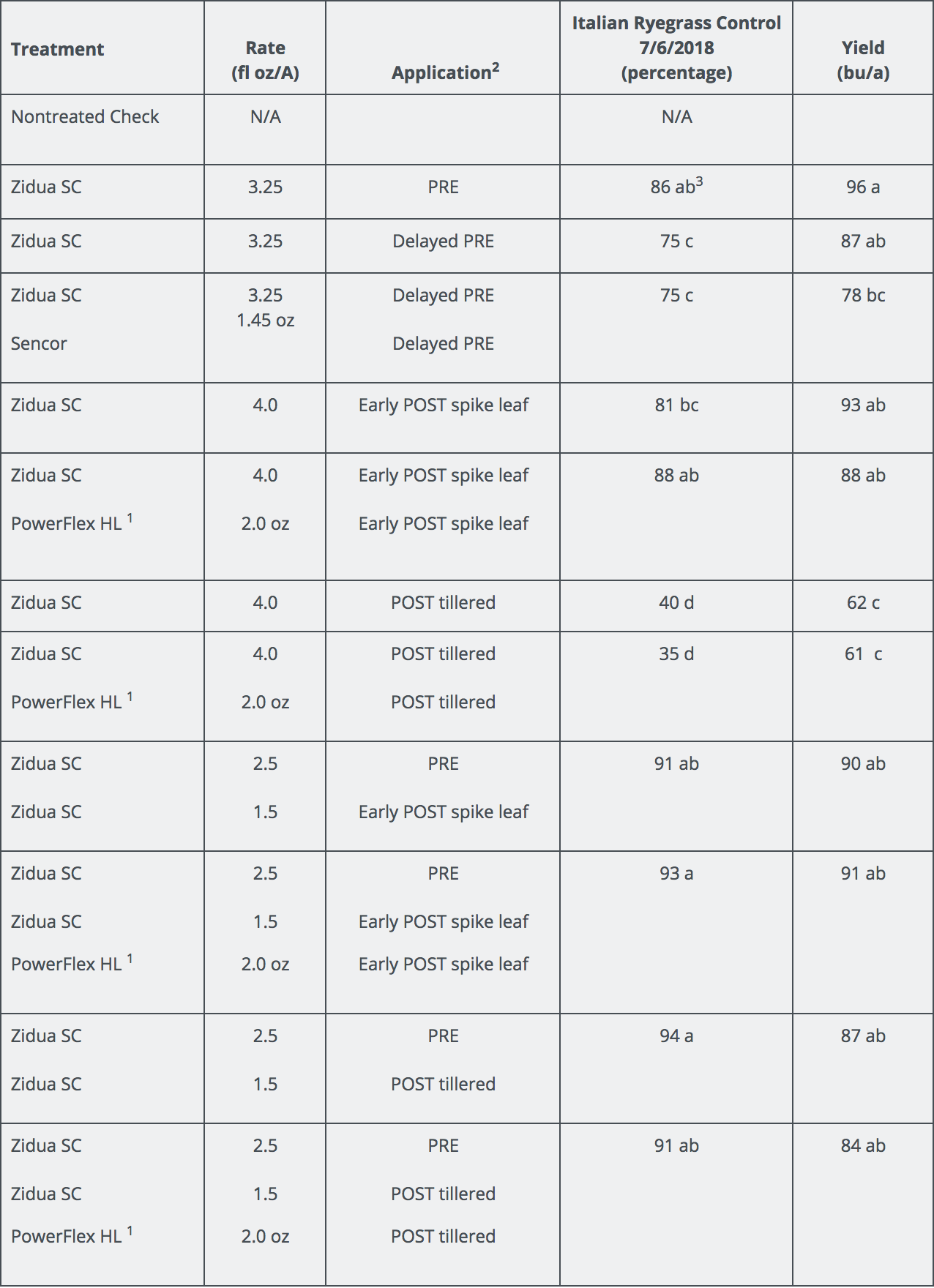 Jointed Goatgrass Biotype, Resistant to Beyond, Discovered in Eastern Washington