Knowing what diseases are turning wheat fields yellow is half the battle, according to a Texas A&M AgriLife Research plant pathologist in Amarillo. And sometimes, there’s more going on than expected.

Dr. Charlie Rush spent the end of the 2017 wheat season conducting a survey of fields exhibiting yellowing. He and his team were in search of the mite-vectored wheat streak mosaic virus, triticum mosaic virus and wheat mosaic virus or High Plains virus. They also identified barley yellow dwarf virus, which is transmitted by aphids.

Mite-vectored virus diseases are the predominant pathogenic constraint to sustainable wheat production each year, as major productivity losses can occur to both grain and forage yields in wheat with these viruses.

“It is difficult to tell for sure in the field whether a particular symptom is caused by wheat streak or something else, and the only way to know for sure is to take the sample into the plant diagnostic lab and have it tested,” Rush said. 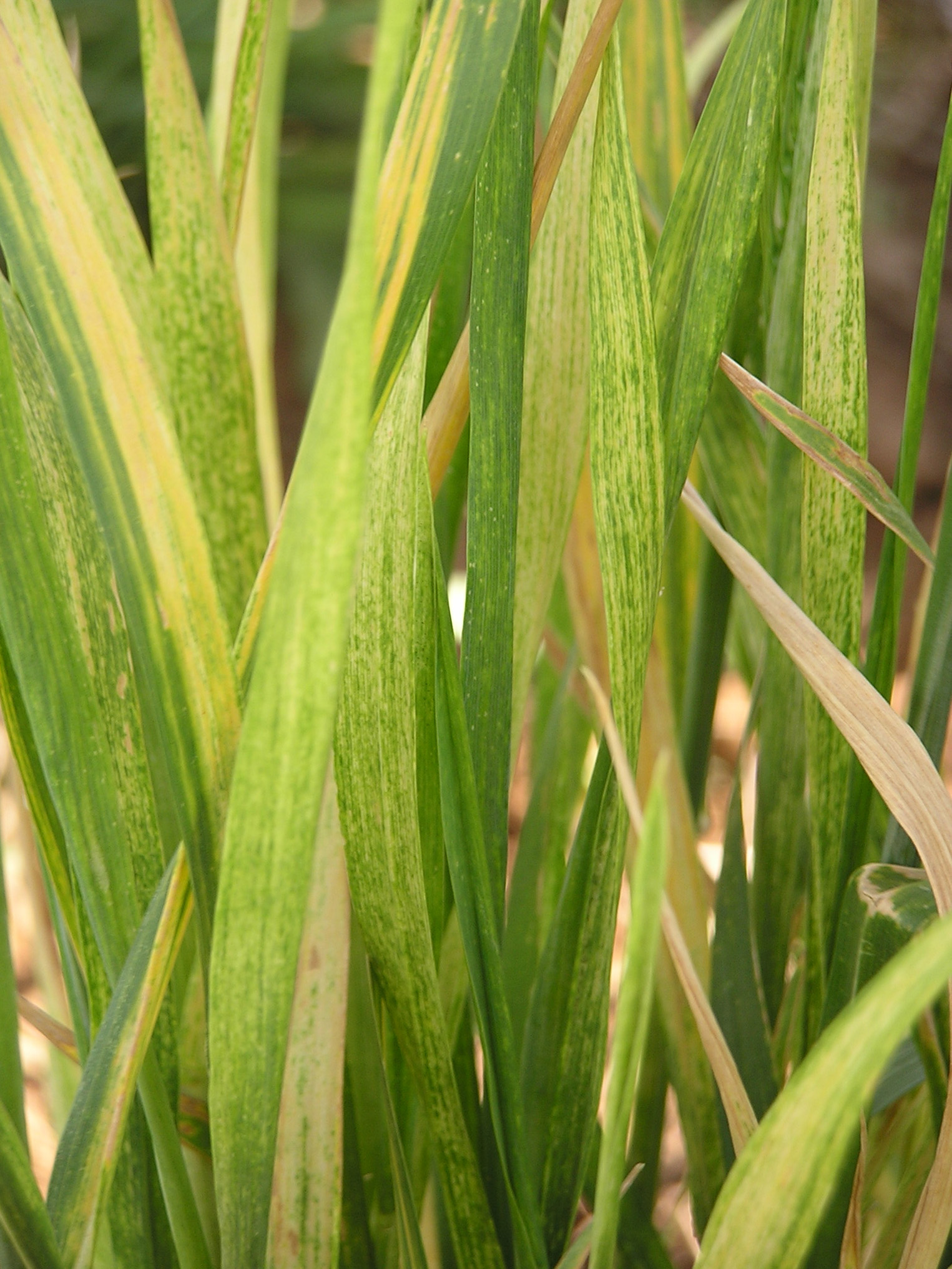 A variety of mite-vectored wheat disease damage can be seen in wheat plots near Bushland, while the border of TAM 204 shows good resistance.

He and his team did just that. With help from county agents, samples brought to the Amarillo lab and traveling the back roads of the Panhandle, his team collected 648 samples from 25 counties.

Rush said they were very selective in what they did, making sure the sick plants collected were not suffering from nitrogen deficiency or water flooding.

While samples were solicited from Lubbock north and from Wichita Falls west to the New Mexico line, the majority of the samples came from around Amarillo and in the northern Panhandle.

“The reason we did this survey is because in 2008, a large survey of the Great Plains was conducted and Texas had 60-70 percent of the samples testing positive for wheat streak and 30 percent positive for triticum,” Rush said. “That survey wasn’t as targeted as we would have liked. In 2013, another survey was done in the northern Great Plains targeting just triticum, but Texas was not included.

“We decided to do another survey to see where we are,” he said. “A lot of cultivars have been released by different breeding programs across the Great Plains with resistance to wheat streak. But we also have triticum out there – we had the highest percent in the first survey.

Rush said the 2017 samples were first run through the common enzyme-linked immunosorbent assay or ELISA test for the virus.

“It is not the most sensitive test, but it is the least expensive,” he said. “We found we had about 80 percent positive for wheat streak and about 30-35 percent for triticum; about what we found in 2008.”

But Rush said he typically uses the more sensitive, more expensive polymerase chain reaction or PCR test in his research now because it allows him to quantify how much virus is in the plant.

“So our concern now is that triticum is so much more widespread out there than we had previously thought,” Rush said. 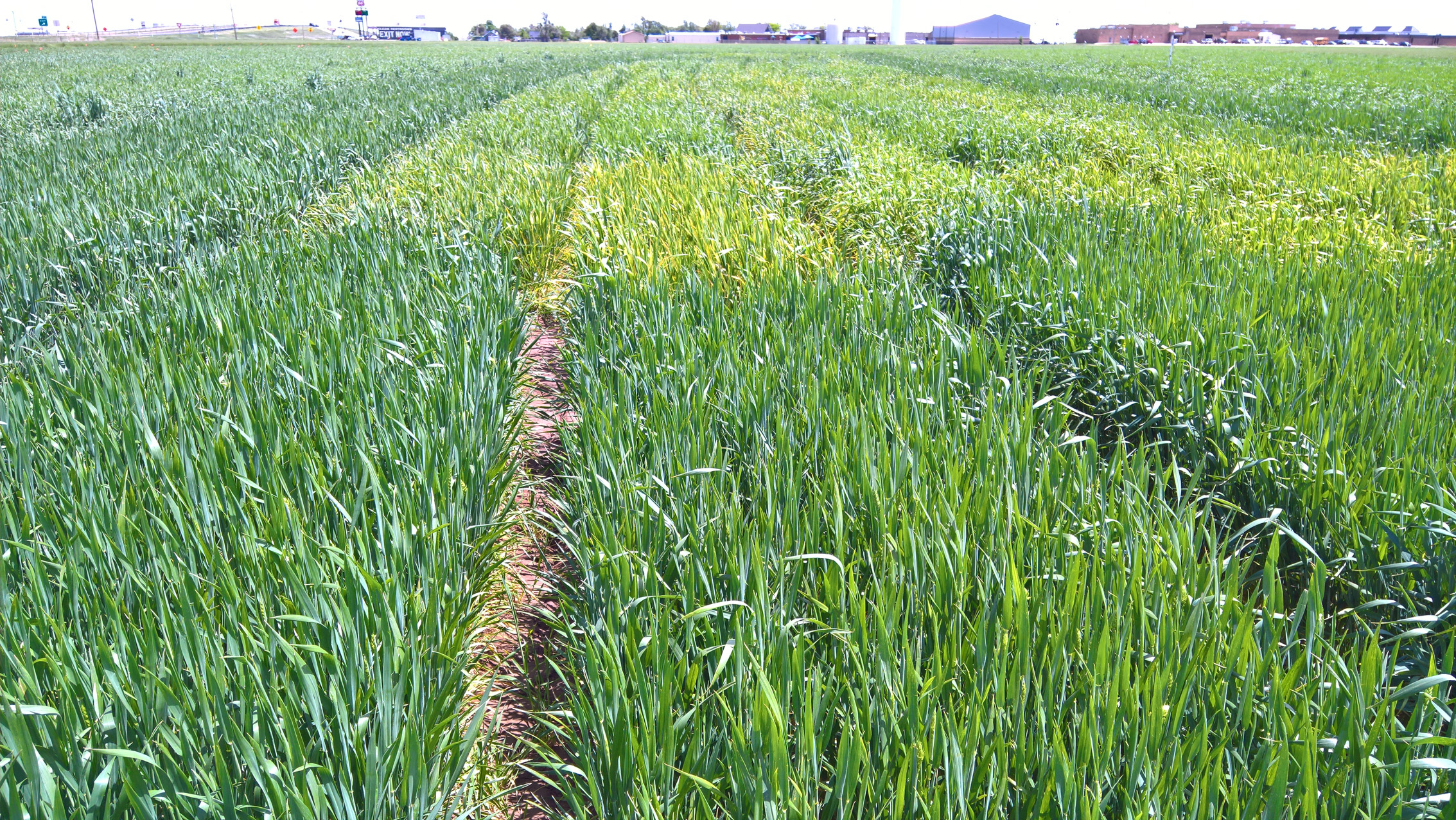 A variety of mite-vectored wheat disease damage can be seen in wheat plots near Bushland, while the border of TAM 204 shows good resistance.

He said they also collected mites off the plants to test them for the different viruses, and they still need to do some variety testing using a mite population collected from the field. They will screen different lines of wheat to see how much resistance they have to triticum.

“It will be important that breeding programs look at triticum as a major virus that needs resistance incorporated,” Rush said. “It would be even better if we could find durable resistance to the wheat curl mite.

The plants wouldn’t really be resistant to the virus, he explained saying they could artificially infect plants in the greenhouse and they would get the disease. But for all practical purposes, the plants in the field would be more resistant to the diseases because populations of mites transmitting and spreading the viruses would never build up, thus limiting disease spread.

“We think our survey has been very informative, telling us that it is important to consider triticum as a widespread pathogen and also diagnostic labs throughout the Great Plains cannot simply use the ELISA test, because it is not sensitive enough or as accurate as PCR,” Rush said.

He also said a concern going into the spring this year is the environmental conditions last fall were conducive to the viruses. Because of good rains in August, a lot of wheat was planted early and also a lot of volunteer came up.

“The early emergence, along with the long, warm fall could lead to a lot of wheat curl mites as it begins to warm up,” he said. “Early planted wheat has a longer time to be infected in the fall before the wheat becomes dormant, and fall infections are by far the most damaging to crop yield. 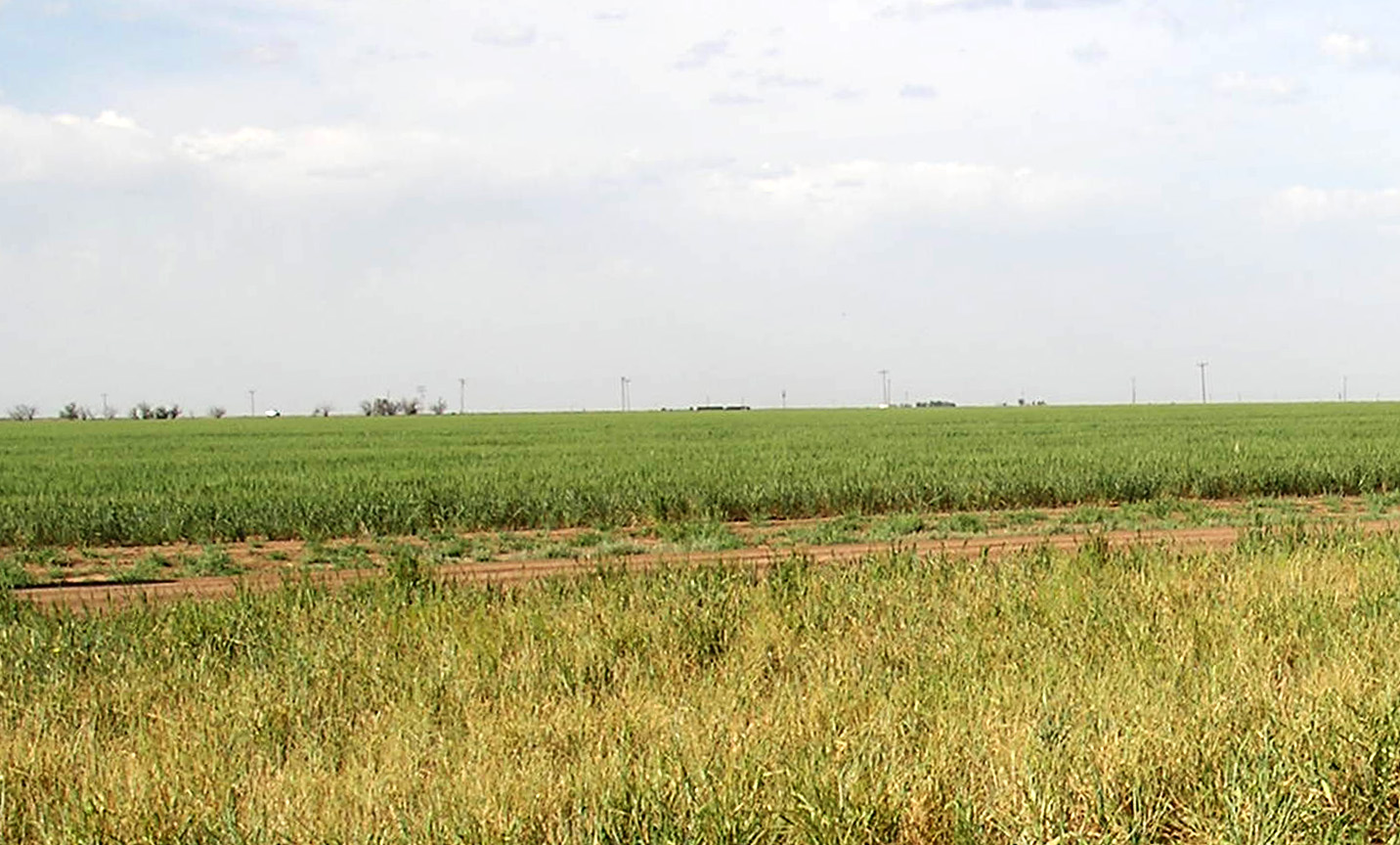 Early planted wheat is seen in the foreground with later-planted wheat in the background. Early emergence, along with a long, warm fall can lead to greater disease pressure from wheat curl mites.

“Producers who do not get rid of the volunteer wheat around their production fields may see a high rate of infection as it warms up.”

The plant pathology diagnostic lab is still open and if producers start seeing symptoms in their fields, Rush said they are encouraged to bring their samples to be tested.

“Also getting a diagnosis from the lab can help the producer with insurance claims.”