Understanding the complexity of plant and soil interactions, and the relationships among roots, nutrients and soil composition, is key to assessing future crop health.

LIVING SOILS are exceptionally complicated and agriculture’s understanding of the science of how plants coexist with fungi, nutrients and their natural condition is only beginning to be understood, says James Cahill.

The University of Alberta experimental plant ecologist sees plant nutrition as a four-step process. The abilities plants must use to derive their food include: (1) assess its condition, (2) occupy a habitat, (3) find and capture resources and (4) allocate resources.

“The first step tends to be that the organism has to have some ability to assess its condition — is it nutrient starved?” he says. “Plants alter future growth based upon their nutrient needs. It’s not as simple as saying, ‘We have low nitrogen in the soil so we’re going to add some nitrate.’

“Plants are also going to make adjustments in response to being in the soil with low nitrogen. Those adjustments may or may not increase yield, but they’re very likely to increase the fitness of the plant.”

Second, to understand how a plant actually occupies that habitat in the context of food, it must be recognized that plants don’t move as a whole, Cahill says. Each individual root tip has the potential to make its own decision, which means in different parts of that habitat that same plant can be making different choices at the same time.

The sum of those choices ends up being crop yield, he says. Plants are making really fine decisions at a very small scale, at the millimeter scale in that soil, based on local conditions. They allocate resources that they’ve taken up and relation to that initial issue of condition, he says. 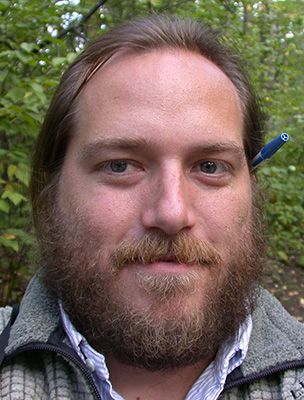 “They have to have a root or a fungal hyphae near that nutrient and make a permanent investment in where they put their body to get food,” Cahill notes, “and this is fundamentally different than how animals forage.”

The core plant biology component that enables plants to make root decisions is called plasticity. It could grow a root or not grow a root, grow short or long roots, grow many or few roots. The information it uses is in the soil. It’s how much nitrate is there typically, or it could be phosphorus (P), how much water, are there pests, are there mutualists, are there mycorrhizae, has it been attacked? Each root tip assesses the local conditions and makes a decision about how and where to grow.

“You can have 10,000 different decisions happening at that really fine scale, which means if your nutrients are really patchy at the small scale, and if you end up having patches of high-nutrient release in one area and, 30 cm away, low-nutrient release, those plants are assessing those differences,” he says.

Across a 3,000-acre farm that might not seem like a big deal, but at the individual plant level growers are either creating choices or not, he says, and the impact of those choices on yield is going to depend on whether that plant is able to make good decisions or not.

A consequence of this is that root systems in the wild — including no-till systems as wild — are almost never circular, which has big impacts for nutrient uptake, runoff, competition and weed suppression.

“Almost every plant tested will put more roots where the nutrients are located than not. That’s good news for the farmer,” Cahill says. “It means that when nutrients are applied, there’s a good chance plants are going to put their roots there.

“This means if you spread nutrients out completely evenly, you’re forcing the plants to grow roots over that entire soil volume. If your nutrients instead come in patches, such as with banding, you’re letting them capture those nutrients with fewer investments on roots.

“Corn, barley and wheat do this and soybeans are really good at this in general. We know those crops specifically concentrate roots. And sunflowers are probably the smartest plant I’ve ever tested. By moving the nutrients into patches or spreading them out, you’re actually changing plant interactions and increasing or decreasing competitive dynamics.”

Systems with increased soil complexity, such as no-till, should give plants more foraging choices, Cahill notes. This complexity consists of nutrient balances, but it could also be soil compaction, rocks or other compositions. “You’re actually increasing the potential for plants to make a choice. If you have reason to believe that your plants are smart and able to make good choices, then giving them more choice in the field is likely to benefit them.”

When nutrients are concentrated in patches, more plants go after them or grow roots in them, which has the potential for more competition, he says. Crops can access nutrients in a smaller area, impacting yield either up or down. Just as plants proliferate roots where there are nutrients, some plants have the potential to proliferate roots when they sense another plant’s roots.

On study cited by Cahill exemplifies the efficiency of seed production relative to a plant’s investment in roots. Using soybeans, the experiment examined the amount of root biomass vs. seed production in boxes and pots where plants were grown alone vs. those grown with competitors. Two different experiments resulted in the same result: plants grown as competitors over-produced roots in order to fight for nutrients, and the consequence was them under-producing seed. Their investments to deal with a plant competitor was coming at a direct cost to seed production.

“If there are effective contests with the weeds and crops, with your crops getting an advantage, you will have weed suppression. Your input costs likely go down. The outcomes of competition have direct consequences for on-farm economics. It’s not easily predictable, but there are winners and losers. It’s going to depend on how that plant assesses those conditions, as well as what species are involved.”

Cahill explains that one of the most important aspects of his research involves examining mycorrhizae and plant soil feedbacks (PSF).

BENEFITS OF DIVERSITY. Studies indicate that a more diverse presence of mycorrhizae species in soil results in increased production of root and shoot biomass, as well as plant phosphorus. A diversity of crops will naturally diversify mycorrhizae in a soil system, according to University of Alberta experimental plant ecologist James Cahill.

“There’s more than one type of mycorrhizae and I’m not just talking about species, I actually mean whole major ways of forming associations with plants,” he says. “The mycorrhizae that are important for crops — almost all crops that form mycorrhizae associations — are called arbuscular mycorrhizal fungi.

“What’s important is that those associations are inside the root. That fungi penetrates the root and it does its business inside the cells of the plant. It then grows hyphae through the soil for nutrient exchange.”

Cahill says arbuscular mycorrhizal fungi are variable, and can run a continuum from parasite to mutualism, where mutualism is a win-win and parasite is bad news for the plant.

“We don’t view mycorrhizae in arbuscular systems as necessarily a win-win. We view it as a spectrum from parasitic to win-win,” Cahill says. “The amount of fertility of your plant is dependent on which specific fungal species infected that plant. The mycorrhizae are individuals, too. And they have their own fitness and selection.”

Cahill notes that in addition to fungi being variable, there’s a body of data examining the diversity of mycorrhizal fungi that an individual plant has in its roots vs. different aspects of plant production, including P, shoot biomass and root biomass. The different examples give more or less the same results: that plants perform better when they’re exposed to a diversity of fungi.

“Which means if you add a single fungi to a system, that may cause a lower yield than a naturally diverse system,” he says. “How do you get naturally diverse mycorrhizal systems? Grow a diversity of crops at a diversity of times. Don’t sterilize the soil, intentionally or otherwise. Allow for that diversity in the system, which in part enables the plants to make some choices in these associations. Not all fungi are created equal, so be cautious about doing anything to the soil that reduces the diversity of mycorrhizae.”

Increased diversity of fungi in the soil is called a “portfolio effect” or “portfolio average,” he says. If growers know that some fungi are good at times and probably not so good at other times, if you have a diversified portfolio of those fungi in the soil there’s more of a chance the plant is going to be able to make the good associations when it needs them.

“If you simplify your portfolio to a single species, the plant’s not given any choice if conditions change. For example, not all fungi do well with drought or with a lot of water,” he says.

When it comes to plant/soil feedbacks, the idea is that plants put exudates into the soil, which change the microbes in the soil and the microbes then change the plant. A positive feedback means that the plant invests in a microbial community, as it farms its fungi and bacteria to develop a living soil that enhances its future growth.

Cahill feels one factor that effects this is sunlight. It appears that when plants are actually under low light, they’re going to make better investments for a positive feedback, but when they’re under high light the thinking is so much sugar is going down into those roots that pathogens are taking advantage of its presence.

“This is probably relevant for cover crops and how plants begin their growth in no-till systems, where those plants in that sub-canopy are obviously under low light for some point in time,” he says. “They’re not sending as much sugar to the fungi. There’s the potential that they’re going to make a more positive feedback group.”

“The whole point of using what we can see from these natural systems for crop development is figuring out why sometimes you get the positive ones and enhancing those characteristics,” he says.

The Social Side of Plants: How They Behave and Communicate