Seventy-four years ago yesterday, on July 5, 1943, Edward Faulkner first stated “no one has ever advanced a scientific reason for plowing" when his book, Plowman’s Folly” was first published. 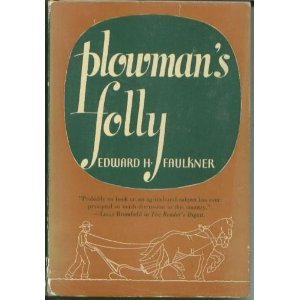 Time Magazine said the book was “one of the most revolutionary ideas in agricultural history, and The Associated Press quipped, “His crops are the wonder of his neighbors and the despair of the conventional farmer.”

Reader’s Digest said, “Probably no book on an agricultural subject has ever prompted so much discussion in this country.”

Faulkner was honored in 2011 by No-Till Farmer editor Frank Lessiter as one of 40 Legends of the Past 40 Years for no-till practices, noting the book was, “a revelation on understanding and appreciating the value of reducing soil disturbance.”