From No-Till On The Plains

Bringing on the Bees 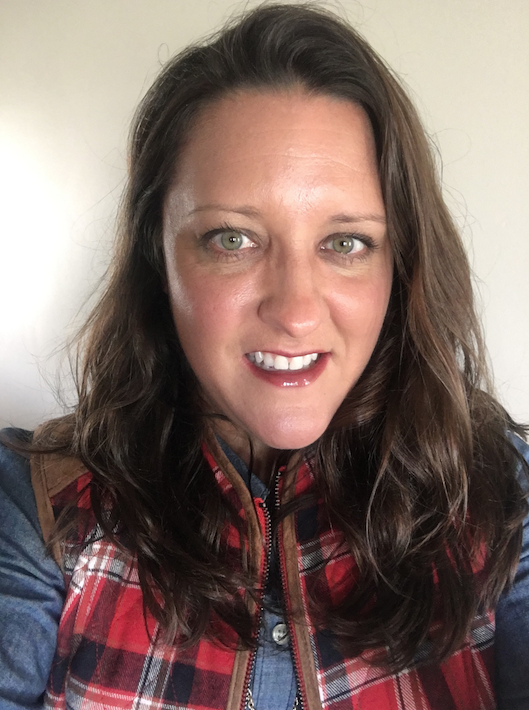 It’s been two decades since Jimmy and Ginger Emmons implemented no-till on their farm near Leedey, Okla., but recently they’ve decided to invest more than just basic beliefs about soil health.

Last summer they began searching for a better way to protect their grain sorghum from pests like the sugarcane aphid. Jimmy also wanted to attract beneficial insects like honeybees, wasps, beetles, lacewings and predatory mites that would prey on insects that damage crops.

He originally thought he’d plant a few small strips of pollinator-attracting flowers near his milo fields. After attending a presentation on multi-species flowering strips, he noticed the beneficial and insect activity was off the charts.

“Ginger said to me, ‘That’s what we need to do,’” Jimmy says. “I agreed with her and we started down this path.”

Their path includes a 2,000-plus acre farm in western Oklahoma comprised of winter wheat, soybeans, milo and alfalfa in rotation. They also planted cowpeas this year on their 100% no-till farm. Jimmy and Ginger also manage a 250-head cow-calf operation on a rotational grazing system.

Jimmy first consulted with Keith Berns, co-owner of Green Cover Seed in Bladen, Neb., on how to create the best combination of companion crops and pollinator strips. Jimmy was looking for a mix that would attract beneficial insects, but that would also not compete with grain sorghum harvest.

Berns says they discussed using anything that would bloom to attract beneficial pollinators as well as predatory insects, particularly to combat the sugarcane aphid. They also wanted to plant the mix in time to draw in the beneficial insects.

Working closely with Jonathan Lundgren at Blue Dasher Farms in Estelline, S.D., Jimmy, Ginger and Berns put together a mix that would have extra floral nectaries outside the actual flower so the insects would feed even without a lot of bloom.

Berns says they looked for plants with stems that would attach to the main stalk itself and excrete nectar. He says Lundgren helped find varieties that would also extend the period of time the pollinator strip would have attractive components.

“In Jimmy’s situation we weren’t as worried about pollinators as much as predators,” Berns says. “We wanted to have a lot of enemies for the aphids.”

Starting with one field of milo near his home, Jimmy planted a 13-foot strip of multiple flowering species around the outside of the field and one strip directly up the middle of the milo field. He strategically planned the location of the center strip with the intent to study the maximum distance to maintain benefits. 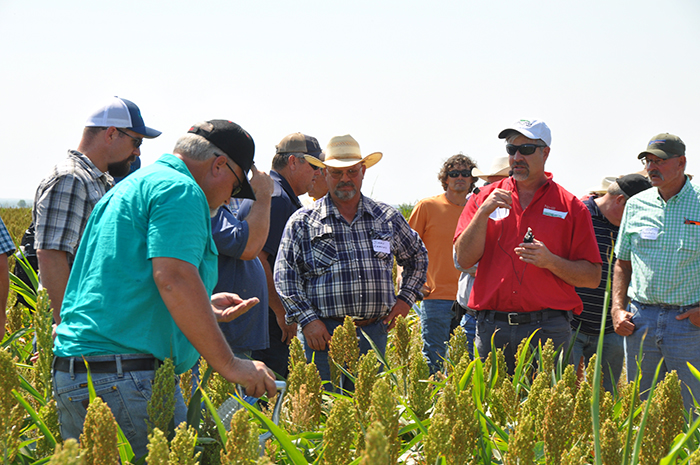 During a field day earlier this year, Jimmy Emmons (center) and Keith Berns of Green Cover Seeds stand among milo plants as they talk about pollinator strips seeded on Emmons’ farm near Leedey, Okla.

Next, he used a three-section, 40- foot drill, mixing a pollinator strip blend into the milo in one drill box then also sowing it on the edge of the milo field.

“I used the drill because it would be a bigger challenge if we were to do it with the planter,” Jimmy says. “Our thoughts were if we plant companions in the row it would be in the understory of the milo. It would keep them in check more and we wouldn’t have buckwheat or mung beans or flax up with the heads, which would result in a cleaning and dock issue.”

Jimmy estimates he spent between $4 and $8 per acre to plant 10-12 pounds of companion seed mix. Spending $30 per acre on a total of 5 acres to plant pollinator strips alongside the one field of milo was cost effective but not perfect, he notes. Cost was not the biggest deterrent, he says, but rather the question of where to put next year’s strips and how to plant them was the bigger concern.

Jimmy says even though the mix was calculated, there was still weed pressure.

“This was the first year,” Jimmy says. “Until we find a little better mix to canopy over everything there will be weed pressure. Profitability is a challenge for all of us. If we can get this figured out we’ll see huge benefits.”

Jimmy says a friend in the Oklahoma Panhandle stated he had spent $40,000 spraying for sugarcane aphids this summer, a common complaint from Midwest growers who say the predator has cost them numerous hours of trouble and thousands of dollars. With the faltering agriculture economy and commodity prices, Jimmy says it’s one of the reasons all growers should be concerned with costs.

“If you don’t spray for them to get past the threshold, the crop will be devastated and unharvestable,” Jimmy says. “Spending a few hundred dollars to put in strips to alleviate that pressure would be a tremendous benefit for anyone’s bottom line.”

A limited bloom period was among this year’s concerns. This winter Jimmy says he will work with Berns to develop a better mix and plans to plant the pollinator strip at two different times. 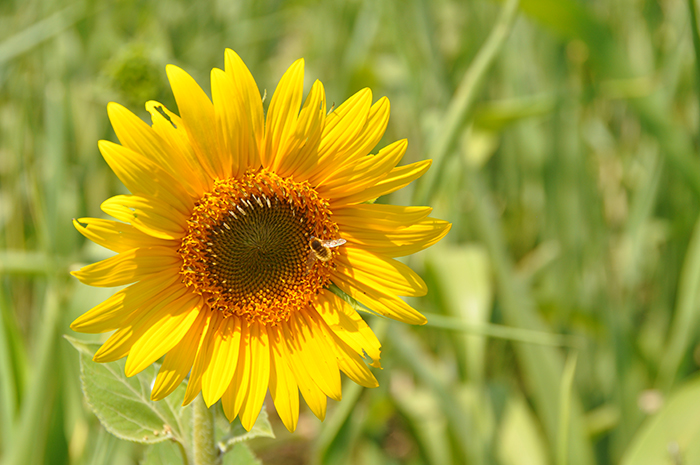 Sunflowers were part of the pollinator-strip mixes that no-tiller Jimmy Emmons seeded on his farm to attract beneficiary insects and predators to protect his milo crop from sugarcane aphids and other pests.

For example, the early season mix will include clover and peas that thrive in soil temperatures of 45 degrees F and would need to be planted before milo goes in the ground. Then a second mix could be planted during the warm season, offering plants that bloom later.

“We tried to plant everything at same time, but the soil temps did not allow us to,” he says. “Next year I’ll plant cool-season species early and warm-season species later on.”

Despite the chore of cleaning out the drill and tweaking the planting process with pollinator strips, Jimmy stayed focused on the goal of improving the farm’s efficiency and profitability. He knew it would take time to perfect this method of using the strips.

“The mix we used did the job but I would have liked for it to have lasted longer,” Jimmy says. “Tradition and history is hard to change and that’s a hindrance, too.”

Berns says he appreciates Jimmy’s role of being able help other farmers as well. Being in the seed business gives Berns the chance to discover what others are doing and develop solutions that give the best value on cover crops.

“What I can learn from Jimmy and share with other guys can make our recommendations that much better,” Berns says. “Plus, he’s just a fun guy.”

Jimmy says he would encourage all growers to look at natural alternatives to pest management without killing beneficial insects. Part of the issue with spraying, he says, is that even though the farmer might hit the target, during that process sometimes the chemical application might actually enhance the problem again.

It also didn’t hurt that Ginger liked how the pollinator strips looked as well. The couple enjoyed observing the bees and insects in the early mornings or just before dusk. The strips were alive with activity, Jimmy says.