Triticale, a cross between wheat and rye, might be an “extending” option for producers grazing cattle in the Rolling Plains, said Jason Baker, Texas A&M AgriLife Research senior research associate in Amarillo, who has been studying the crop since 2002.

“If you are grazing cows on wheat or oats or anything else, you might want to look at triticale as part of your program,” Baker said. “It can certainly complement some of your wheat acres.”

Baker said he doesn’t advocate replacing all wheat acreage with triticale, but knows adding it to a forage program can extend the grazing season on both ends. Triticale grows taller and remains green longer than wheat.

Triticale was first developed in the late 1800s, but the first commercial releases were not available until the 1960s, he said.

Baker said he is ramping up the triticale research program. Currently, the program has released TAMcale 6331 and TAMcale 5019, but there are four experimental lines in the small grains forage trials that consistently place in the top 20.

He is also growing test plots in the High Plains, near Bushland, and plans on adding more High Plains testing sites in the future. The High Plains trials will not only measure grazing statistics, but will look at silage production for dairies throughout the region.

“Jason manages our on-going breeding program for triticale and with the increasing demand, we have expanded our investment and he will be spending more of his time on triticale,” said Dr. Jackie Rudd, AgriLife Research wheat breeder in Amarillo. Rudd oversees the wheat breeding program in both Amarillo and Vernon, as well as other small grains.

“There are several promising variety candidates in the pipeline and one or more could be released in the next few years,” Rudd said. 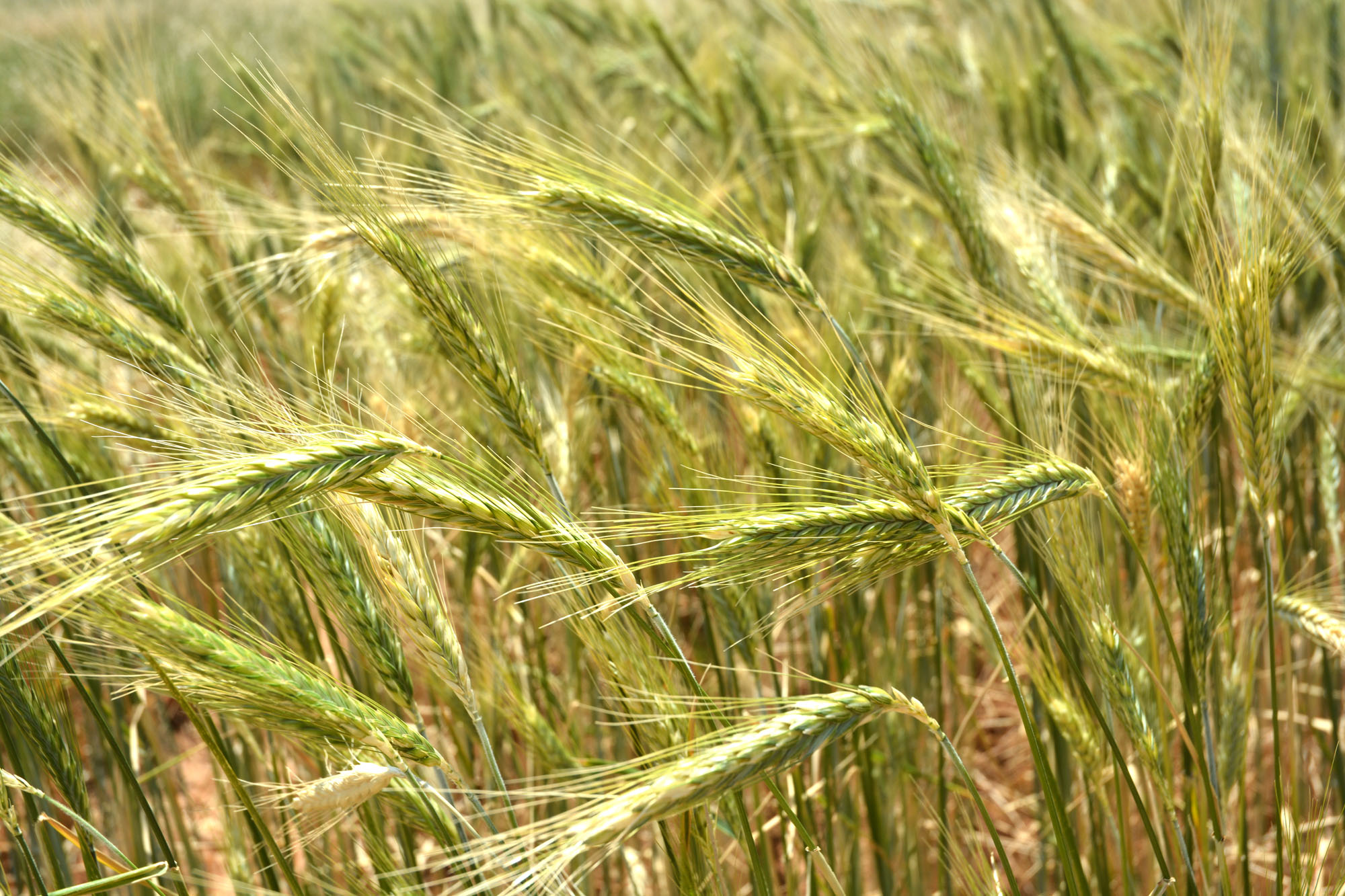 Triticale is a cross between wheat and rye. It has longer awns than wheat traditionally does. (Texas A&M AgriLife Communications photo)

Baker currently has about 100 experimental lines and 20 commercially available triticale lines from various companies in his breeding trials.

“We’ve been doing clipping trials for many years at Lockett and compared to wheat, oats, barley and rye, triticale generally out produces all in forage, except rye,” Baker said.

In 2014, after three clippings, the triticale yielded considerably better than the others under drought and late freeze conditions, he said.

Rye can easily become “feral rye,” and its presence in wheat grain taken to the elevator can result in dockage, Baker explained. Triticale does not tend to reseed itself and become a “weed.”

Baker outlined a number of other benefits to triticale, including: most varieties show resistance to the stripe rust that affected much of the wheat this year; many lines show some tolerance to aphids; and most herbicides used on wheat can also be used on triticale, but producers will need to check individual product labels to make sure they are labeled for use on triticale.