WESLACO  —  It may be hard to spot, but the tiny sugarcane aphid is racking up tens of millions of dollars in losses in just the four South Texas counties evaluated so far, according to a report by an economist with the Texas A&M AgriLife Extension Service.

And the losses would have been much higher had grain sorghum growers not followed the advce of AgriLife Extension experts, according to Dr. Samuel Zapata, who conducted the study from the Texas A&M AgriLife Research and Extension Center in Weslaco.

“The economic study we did here in the Lower Rio Grande Valley of Texas on the sugarcane aphid is the only such study available,” Zapata said. “It’s the only study that has been able to quantify the economic damage caused by this insect.”

Zapata estimates the sugarcane aphid caused a total loss of $31 million to the Valley’s sugarcane industry in the 2014 and 2015 growing seasons. But at the same time, growers were able to avoid another $35 million in potential losses by following control recommendations released by AgriLife Extension.

Sugarcane aphids were first reported in the U.S. in Florida in 1977 in sugarcane, according to AgriLife Extension entomologists. In 2013, they were found feeding on Texas sorghum near Beaumont.

By October 2014, the new sorghum-feeding biotype had spread to the Rio Grande Valley. From there they moved north and south, devastating thousands of acres of grain and forage sorghum crops as they went, according to Danielle Sekula-Ortiz, an AgriLife Extension  integrated pest management agent in Weslaco.

“By late 2014, the aphid had reached about a dozen states in the south and several states in Mexico,” Sekula-Ortiz said. “It spread much farther and faster than anyone had predicted and quickly became the No. 1 pest in grain sorghum.”

In 2015 the reigning champion of sorghum pests continued to cause damage throughout Texas, but losses were not nearly as severe in the Rio Grande Valley due to favorable weather — wet and cool — and grower control-methods, she said. 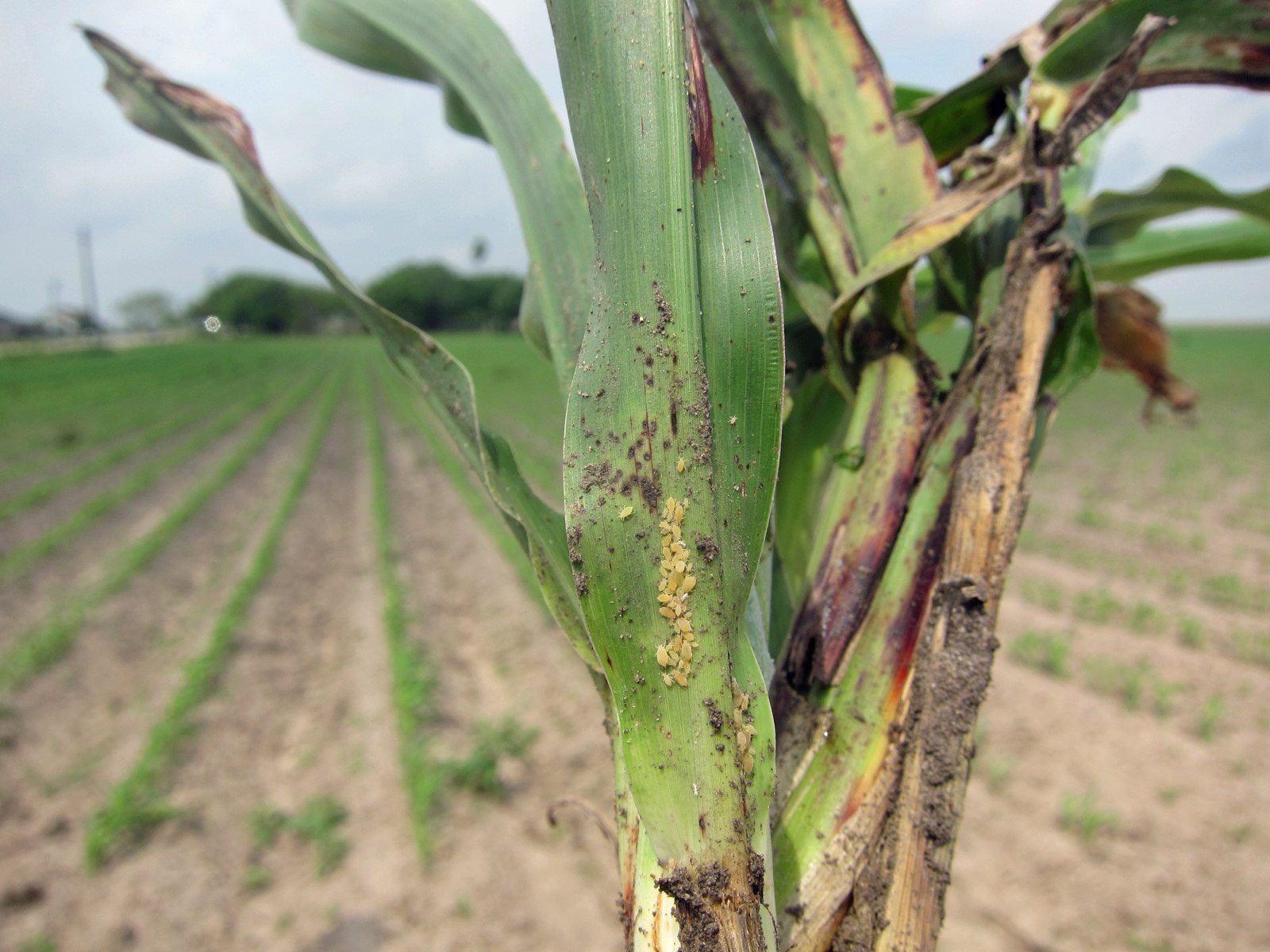 “With the hot, dry weather we’ve been having this year, sugarcane aphid populations appear to be on the increase again. We’re recommending growers scout their fields every two to three days and spray as needed.”

To establish the initial economic impact of the sugarcane aphid in the Valley, Zapata first surveyed growers.

“We asked local grain sorghum producers about their farming practices and the control efforts they conducted to mitigate the damages caused by this insect,” he said.

Based on their responses, Zapata said he was able to establish, or assign, a dollar amount to damages.

“Grower input was crucial to this study,” he said. “Growers provided very detailed information about what they did to control the sugarcane aphid. And what our estimates tell us is that the aphids caused a loss of about $62 per acre.”

But those losses would have been much greater had growers not followed the recommendations of Texas A&M AgriLife, Zapata said.

“What we found is that due to following those recommendations, growers were able to save, or protect, about $48 per acre,” he said. “We also found that for every dollar spent on controlling the sugarcane aphid, growers were able to protect about $4.50 in crops, so it’s obviously been a good idea to follow the recommendations provided by AgriLife and producers’ associations.”

Recommendations for control efforts included the timely use of insecticides, the use of more tolerant sorghum varieties and to plant early.

Sugarcane aphids are tiny yellow insects about the size of a pinhead. They feed on plant leaves and eventually make their way to the grain head where they can keep the grain from maturing, reducing both quantity and quality, Sekula-Ortiz said. They also leave behind a sticky waste called honeydew that can clog up harvesting equipment.

Zapata said he was recently awarded a grant to replicate his economic loss study statewide.

A summary of his current study can be found online.