Glyphosate-resistant marestail is widespread throughout the state and glyphosate-resistant kochia has become a major problem in western Nebraska. Both species have an early-emergence pattern; thus, early season control becomes imperative for successful management.

In Nebraska, marestail (Figure 1) emerges primarily in the fall, overwinters as a small rosette, and resumes development in the spring. Kochia (Figure 2) emerges in late winter and early spring.

This has been a mild winter and weeds will continue to take advantage of above normal temperatures. Marestail rosettes and kochia seedlings were detected this week in fields at the West Central Research and Extension Center in North Platte. Be sure to scout your fields and if these weeds are present and weather conditions remain favorable (temperatures above 50ºF), apply herbicides now to maximize control.

Consider using a burndown product along with residual herbicides to control established marestail rosettes and kochia seedlings and to suppress those that are yet to emerge.

Keep in mind that weeds are most susceptible to herbicides at early stages and that multiple effective modes-of-action must be considered at each application to reduce the selection pressure for resistant weeds. For herbicide options to control marestail and kochia see specific crop sections in the UNL Guide for Weed, Diseae, and Insect Management in Nebraska.

A clean start is important for a successful growing season. The popular slogan “Start Clean – Stay Clean” is particularly imperative for the management of these two species. 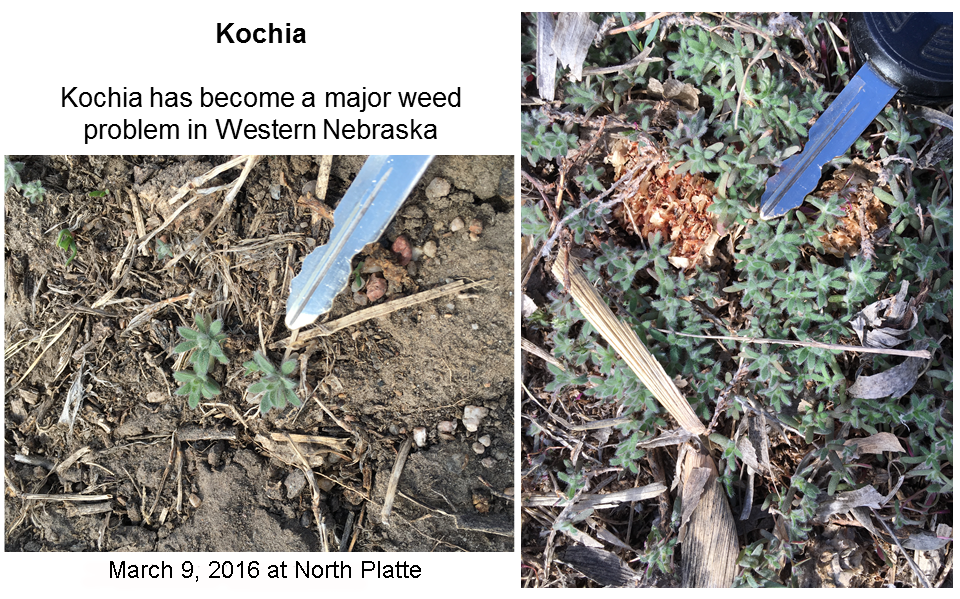 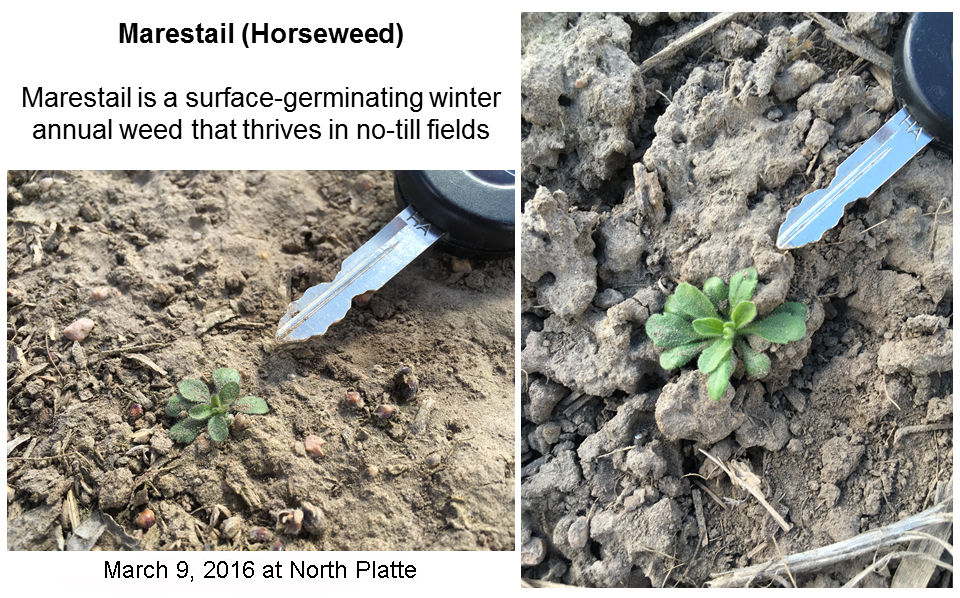 Strategies for Control of Marestail in Soybeans