INDIANAPOLIS (Jan. 12, 2016) — Three farmers have been honored for their efficient and effective use of applied fertilizer in their no-till systems. Considered Responsible Nutrient Management Practitioners, the no-tillers were honored Friday before nearly 1,000 growers during the 24th annual National No-Tillage Conference.

Eric Odberg of Genesee, Idaho; Jerry and Nancy Ackermann of Lakefield, Minn.; and John Kemmeren of Bainbridge, N.Y., each shared with conference attendees five practices they utilize on their farms in an effort to use only necessary amounts of applied fertilizer and make sure that it’s used by crops rather than lost to the environment.

All nominees for the 8th annual program answered more than 20 questions about their farming operations through an online application. Their responses were graded by a panel of fertility experts. The highest scorers were awarded the honor, along with complimentary travel to the conference and lodging from AgroLiquid and conference registration from No-Till Farmer.

AgroLiquid and No-Till Farmer are co-sponsors of the Responsible Nutrient Management Practitioners Program. 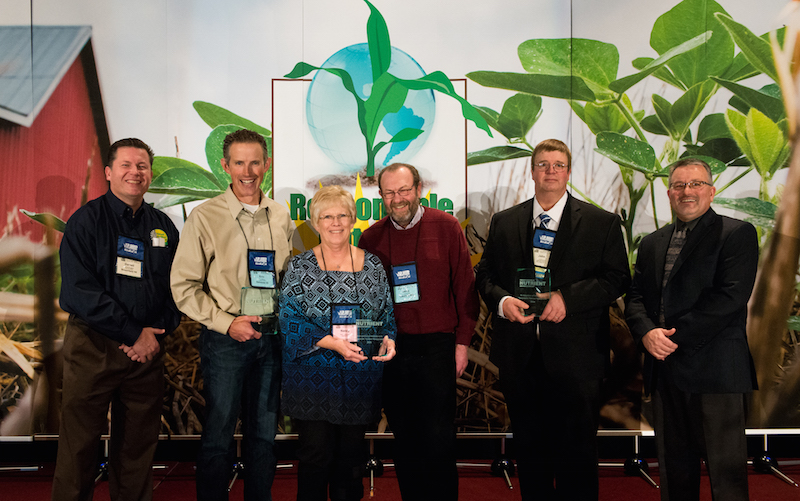 Following are snapshots of fertility practices utilized by these no-tillers:

“These three farms are all quite different in their cropping systems, but they have in common the desire to cut their levels of applied fertilizer only to what is necessary for the crop and a strong belief to keep nutrients out of the environment,” says Dale Ruff, programs specialist for AgroLiquid, who introduced the winners during a special luncheon at the National No-Tillage Conference. “Their aim is to produce the highest yields with minimum impact on both the environment and their pocketbooks.”

Click here to get more details about these farmers’ fertility management programs and farming operations.

Nominations are now being accepted for the 9th class of Responsible Nutrient Management Practitioners to be recognized at the 25th annual National No-Tillage Conference in St. Louis Jan. 10-13, 2017. Contact Darrell Bruggink of No-Till Farmer at dbruggink@lessitermedia.com for more information on the program.