Over the last couple of weeks, many out-of-focus pictures and videos have shown multitudes of looping worms crawling over high-boy equipment that has recently been through corn fields. What were these things? Were they eating the corn? How do we kill them?

The best we could determine, especially with the grainy video, was that the worms are actually maggots — fly larvae. The only maggots found in cornfields this time of the year are syrphid fly larvae, which are predators of soft-bodied insects, especially aphids. So these are good guys in action! This probably indicates that the fields are loaded with aphids, probably corn leaf aphids or bird cherry oat aphids. Both are common and usually not an important pest.

This week we received additional reports of large numbers of “sweat bees” in and around cornfields. The adult syrphid is commonly referred to as the hover fly. Hover flies are bee and wasp mimics and are often orange, black or yellow with banding patterns — this helps protect them from predators that confuse them with more hazardous food items. They cannot sting and are harmless. 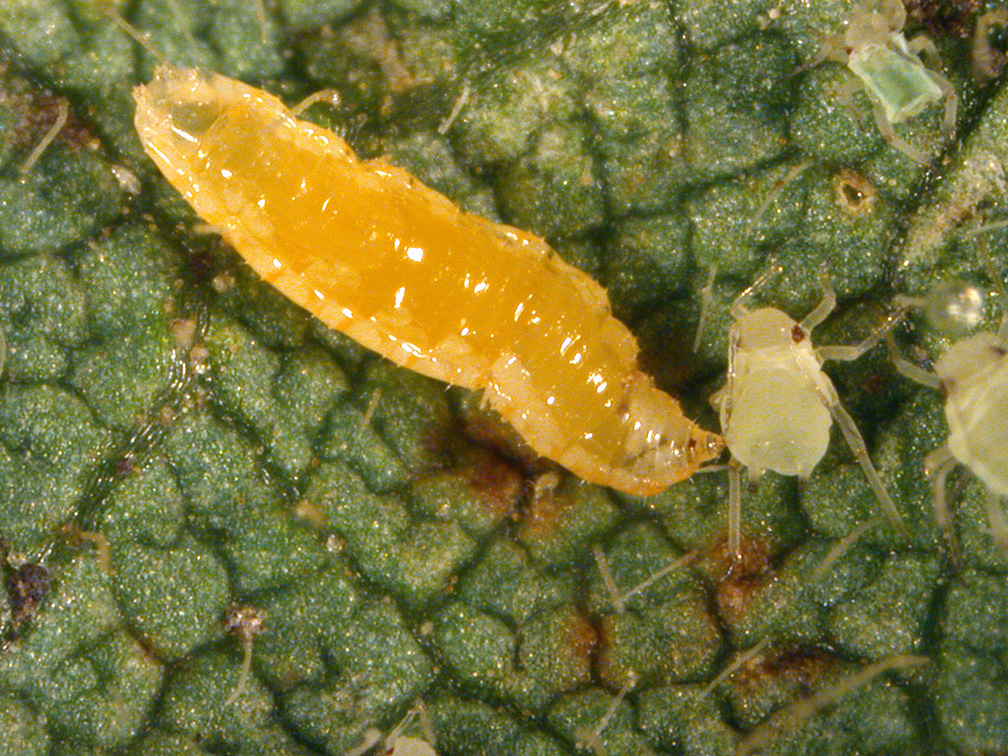 Sweat bees, on the other hand, are actually bees and have stingers. They are smaller and are typically dark or metallic in color. Both hover flies and sweat bees are attracted to us for the moisture and salts they get by lapping up our sweat. Sweat bees will sting if we accidentally squish/swat them on our skin while they are feeding. However, they will sometimes sting even when they are not bothered at all; they are spiteful that way. 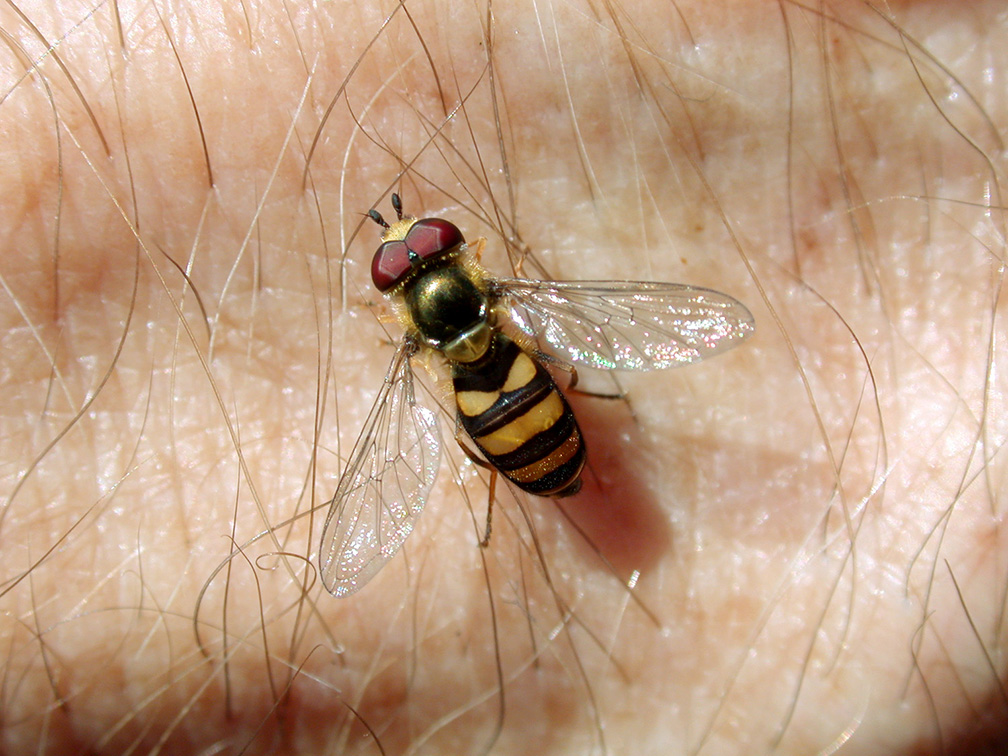 Though we have not seen, nor had reported, large numbers of aphids in cornfields this season, we can deduce that there are large populations in some fields because of the high syrphid fly numbers. Their numbers typically build in late summer and early fall, so if you haven’t seen them yet, you likely will soon. 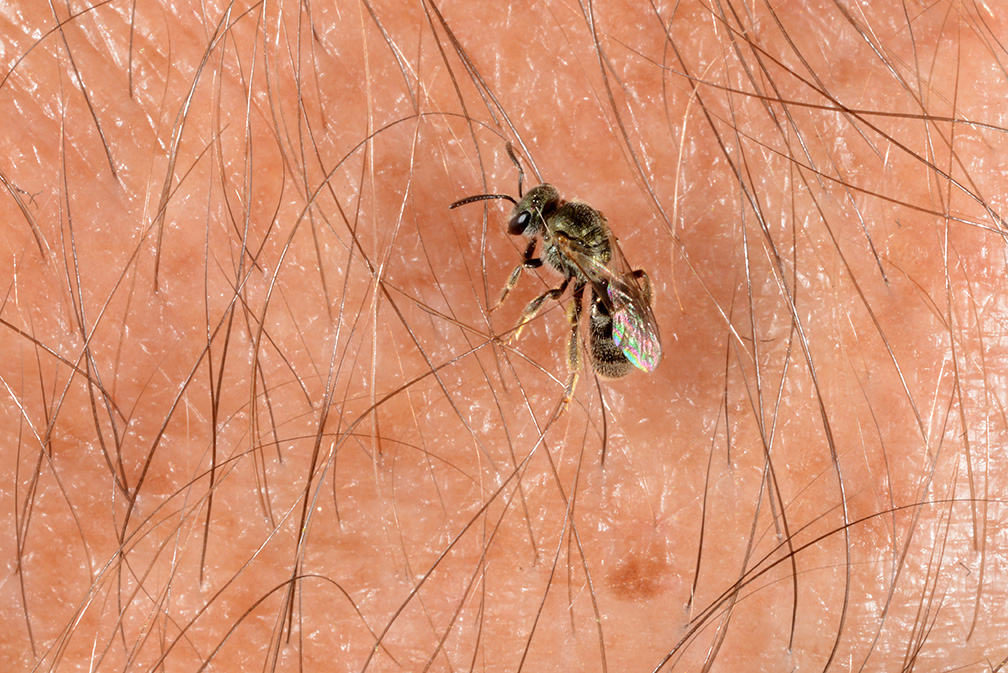 Sweat bee on skin. Notice the wings folded over the abdomen.