Exapta Solutions introduced the SeedVU air-drill venting unit, which allows farmers to run their air cart fans where they should be instead of having excess air velocity at the seed boot, causing more seeds to blow or bounce out of the furrow from too much push by the air stream.

The unit works by dumping excess primary line pressure at the distribution head to allow a gravity drop of seed and fertilizer through the secondary lines, or assisted by air at reduced pressure. An internal baffle determines whether the air from the fan is fully or partially vented, and can range anywhere from 0-100%. Its cone-shaped screens separate seed and fertilizer from the air stream. 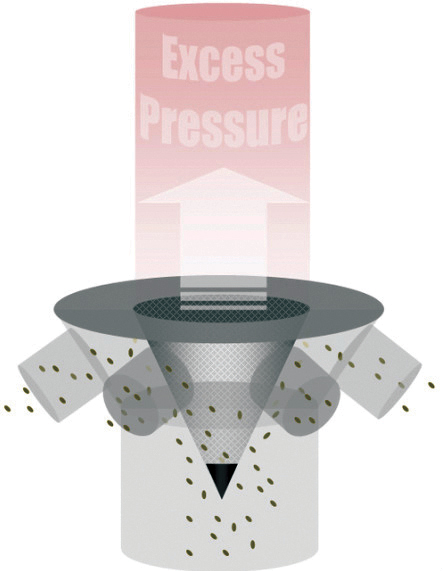 SeedVUs fit into the distribution heads and can be installed or uninstalled in matter of minutes for the entire drill. And unlike perforated mesh-type air diffusers that go into secondary lines, the SeedVUs can handle tiny seeds such as teff.

The unit was invented by James Dunstan, a farmer in southeastern Austalia who saw poor seed placement with his no-till drill due to too much air. However, when he slowed the fan down, he’d block the drill’s primary lines. At the time air diffusers in secondary lines were a reasonably new concept and had problems with durability. Dunstan says he didn’t want to cut all of the hoses to fit them, and make brackets to mount them. 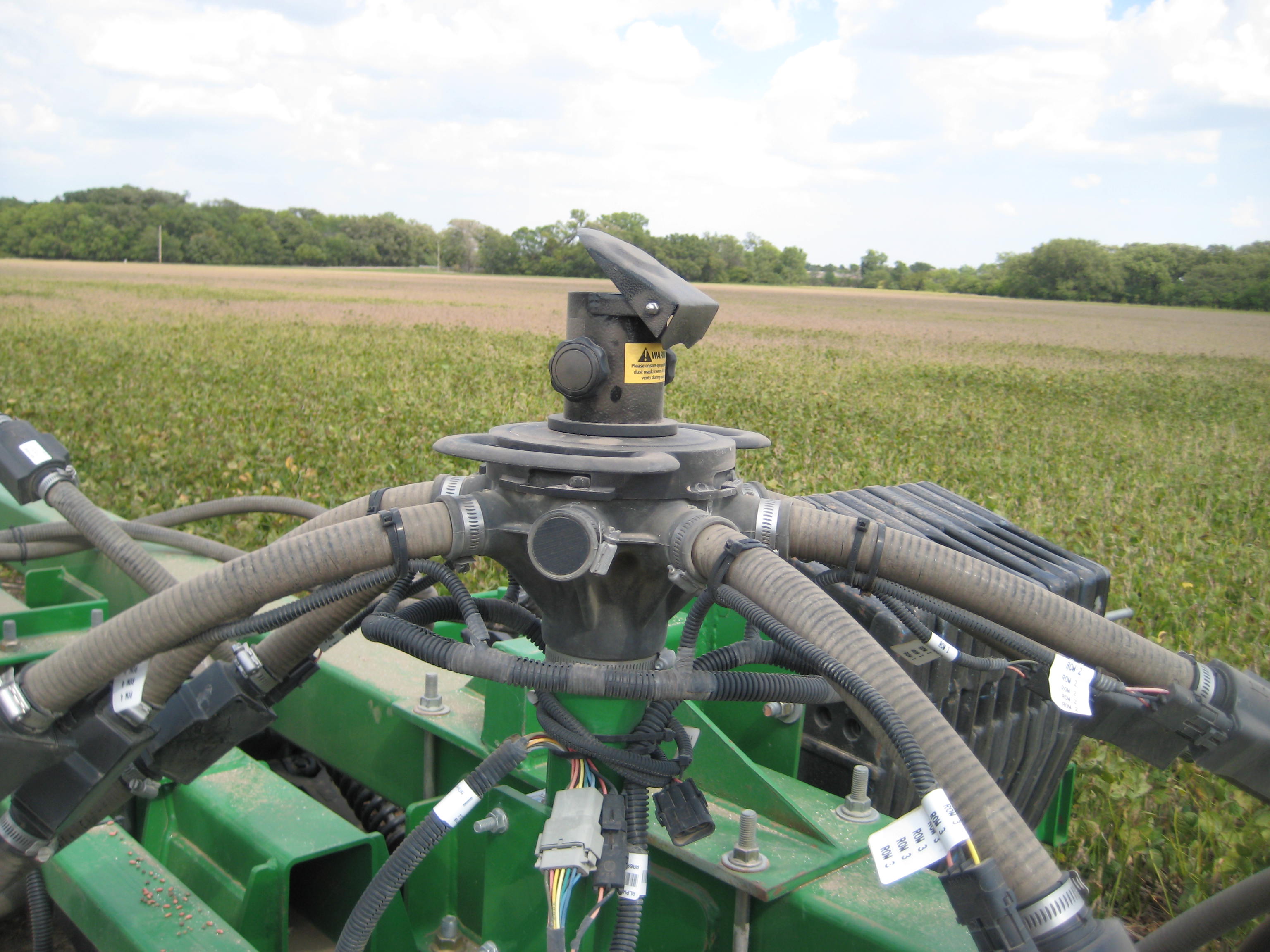 “Really all I wanted to do was halve the amount of air that came out of the distribution manifold and I would have my problem solved,” he explains. “I wanted something I could fit and take off if need be — in a couple of minutes.”

He adds that he did some test runs with the units to observe seed damage when he first developed them.

“We had Kabuli chickpeas (garbanzos) that had loose skins from the drought the previous year,” Dunstan says. “Damage from the SeedVU versus the standard rubber cab on the distribution head was negligible. The angle of the SeedVU’s cone seems to deflect the seed rather than just smashing into it.”

Dunstan’s company has teamed up with Exapta Solutions to distribute the units in North America. 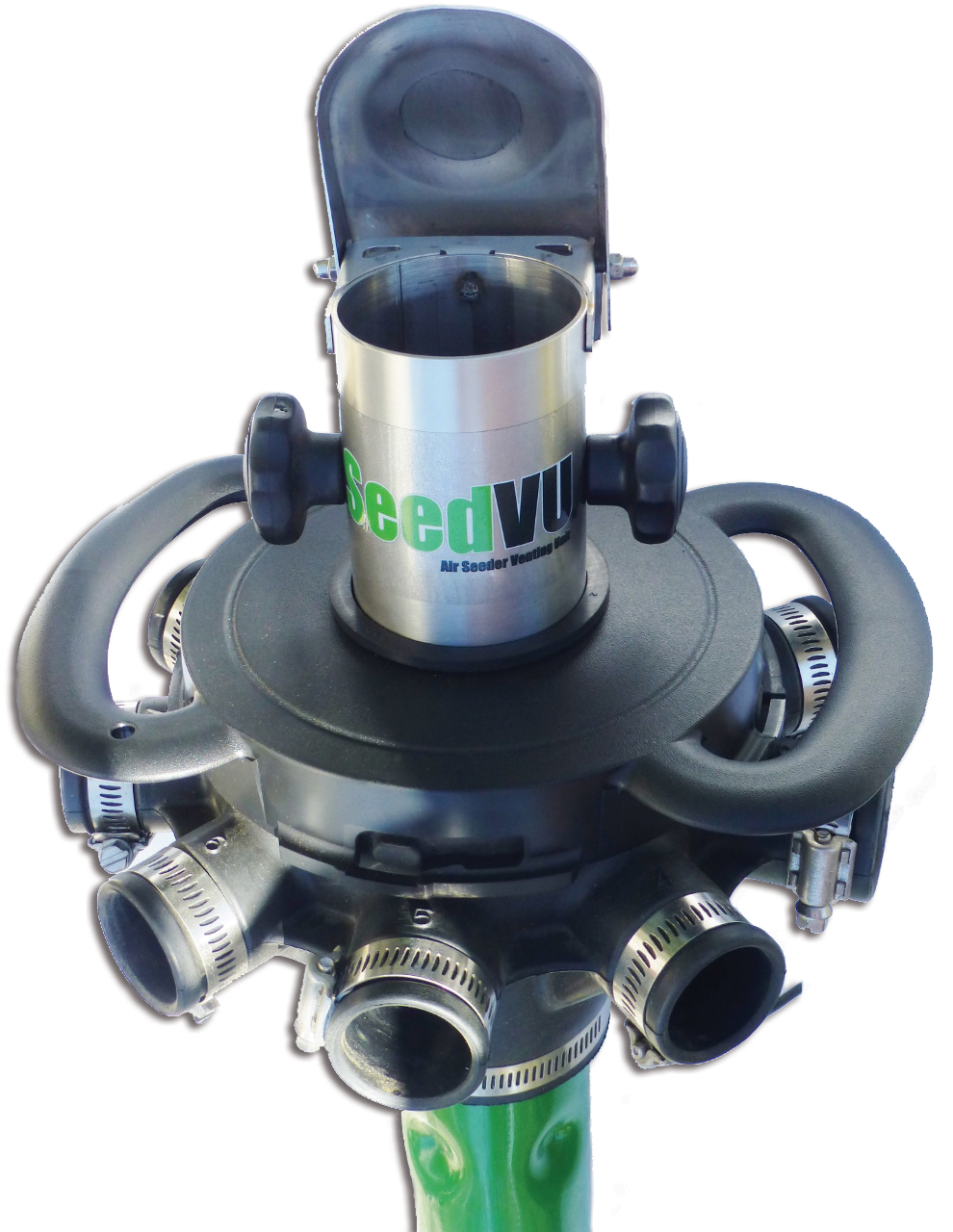