When nitrogen (N) deficiencies occur early and mid-season, corn leaves on the lower part of the plant begin to turn yellow prematurely starting from the leaf tip and progressing towards the stalk (Photo 1). Lower leaves will be affected first as N is mobile and will be reallocated to the upper leaves. The yellow color will turn brown followed by death of lower leaves, leading to a condition known as firing (Photo 2).

The nitrate nitrogen concentration in the lower portion of the corn stalk just after the black layer formation in the grain is a good indicator of the N status of the crop. As corn approaches maturity, plants stressed for N will move nitrate from the lower cornstalk to the ear, resulting in a low stalk nitrate concentration. When corn plants have more than sufficient N for maximum yield, nitrate N accumulates in the stalk.With above normal rain throughout the 2014 season, some corn growers are noticing early firing and wondering if their N fertilizer practices were adequate this year. Sandier ground that received all or most of the N before or at-planting shows the highest tendency to early firing. Other conditions such as high N leaching and denitrification rates, compacted soils and low heat-unit accumulation favor early firing.

The end-of-season cornstalk nitrate test is a useful diagnostic tool to assess N adequacy and overall N management (Photo 3). The methodology and interpretation of this test were discussed in some detail in “End of season corn stalk nitrate test.” 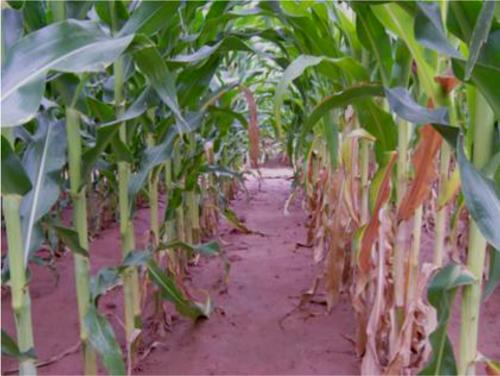 The obvious advantage of the test is that it does not require in-field reference strips or check plots for comparisons. The test has a few limitations.

In abnormally dry years, higher nitrate levels may accumulate in the stalk, and conversely in wet years, the stalk nitrate levels may be slightly lower than a normal year. However, the critical levels established for interpretation of the test fall into a broad range of nitrate-N concentrations, partly to accommodate variations caused by hybrids, soil types and weather conditions. 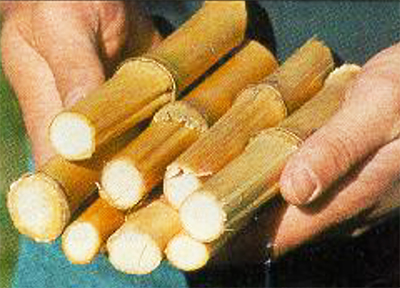 Also, the test is performed at the end of the season, so it does not provide any remedy for the current year, nor does it accurately predict how many pounds of N should be added or subtracted. However, familiarity with the data over a number of years should assist producers to fine-tune their N fertilizer rates on a field-by-field basis, also taking the prevailing spring weather conditions into consideration.

Fields that are consistently in the excess range are often associated with over application of N fertilizer or animal manures. With corn prices declining and input costs rising, this test is another useful tool in the repertoire for improving N fertilizer management.

Michigan State University Extension’s recommendation is to split the N rate so that about one-third is applied at planting and two-thirds is sidedressed in June. This will avoid potential N losses from the root zone before being utilized by corn. Even though N use efficiency can be improved by several split applications up until the tassel stage, most Michigan growers do not have the high tools to apply N beyond the typical V4-V6 stage.

Corn stalks from field areas with different soil types or management zones ideally should be sampled separately. The time of sampling is very critical. It is two to three weeks after physiological maturity or black layers have formed on 80% to 90% of the kernels. At this stage, most leaves and stalks have turned color and mobilization of N to the kernels has ceased. Samples should avoid planting skips and stalk rots.

Many Michigan private soil testing laboratories will perform this test in a two- to three-day turnaround. The MSU Soil and Plant Nutrient Laboratory charges $12 per sample. Please refer to Extension Bulletin E2904, “Nutrient Recommendations for Field Crops in Michigan,” for the latest MSU corn N recommendations.

Determining the Causes of Purple and Yellow Coloration of Early Corn